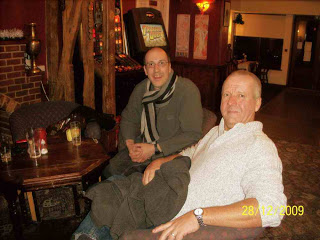 A while ago I chatted to a guy called Matthew Reece Ford via either Face Book, this blog, or somewhere else. He is fan of my books and noting I live near Chelmsford wondered if I’d be on for a beer the next time he came down to visit his brother. I pointed out that though Chelmsford is in my postal address I don’t actually live there, but in a village some 13 miles away. Turns out that village is precisely where his brother lives. I couldn’t see him last year, when this conversation took place, but since he was down here this Christmas I said why not, and met him in the local for a pint. “So what do you do?” I asked. “I’m a scientist,” he replied.
It’s this meeting, and others like it (many in the virtual world) that’s led me to a little idea for a few posts here. I’m fascinated to know who reads my books, and in this case quite tickled when it turns out that whilst I dream about the future there are those who read my books who are actually making it.
I have been an avid reader for over 3 decades. Favourite newer authors: David Gunn, Tony Ballantyne, Neal Asher, Alastair Reynolds, Peter F Hamilton, Greg Egan, Robert Reed, Richard Morgan, Charles Stross, Robert A Metzger, Chris Moriarty. Favourite classic authors: Clarke, Asimov, Brin, Baxter, Stapleton, Silverburg, Wyndham
BSc Biochemistry (with sandwich year, worked at Celltech in Slough for a full year) at Canterbury 1990-1994. PhD Biochemistry at Canterbury and Leicester (1994-1998).
Employed 1999 to present at Cobra BioManufacturing, as a senior scientist.
At Cobra I have worked on viruses (adenovirus, lentivirus, reovirius), proteins (for treatment of a variety of disorders, such as anti-transplant rejection proteins and monoclonal antibodies) and plasmid DNA (for vaccines) at large scale. All inside our clean rooms for phase I and II clinical trials.
Now, to continue this, I’d like to hear from other readers. I’d like you to tell me about yourselves for posts like this one. Don’t be intimidated by the qualifications of the guy above, and remember that until 2001 I was still cutting grass and hedges and strimming dogshit! 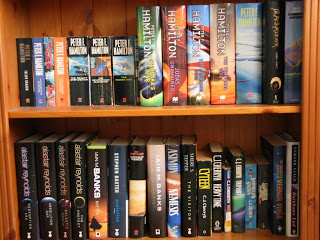 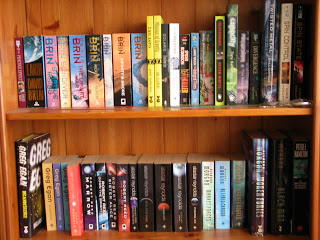 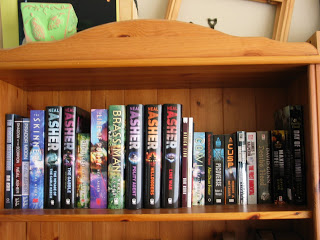