My name is Nikolaos Bampasis, I am a 37 y.o. aerospace engineer currently living in Thessaloniki, Greece and working in the IT sector.

I have been an avid fan of Science Fiction and Fantasy for the most part of my life, ever since my father introduced me to the likes of Isaac Asimov, Athur C. Clarke, Frank Herbet and  others. Needless to say that he also made sure I watched all the sci-fi movies available at the time on VHS (about a million years ago it seems) describing how big those spaceships were, how fast they were going, what kind of hyper advanced weaponry they employed and so on. I was fascinated for life. 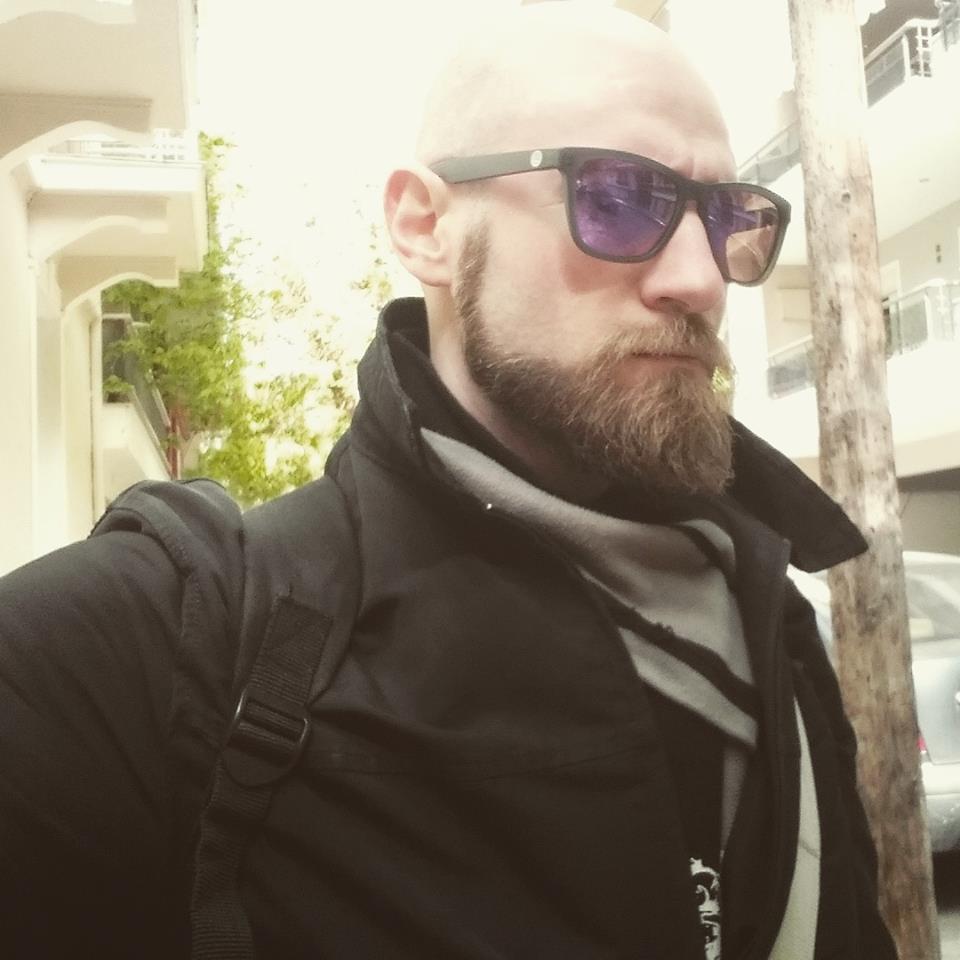 I spent a great deal of my youth sketching up my own versions of massive starships, huge robots and abhorrent monstrosities (the uglier the better)and that tendency lead up to me packing my suitcase and heading over to England to pursue a degree on Aerospace Engineering. I had a brief break in my studies in order to get the compulsory military service out of the way and then I went back to Scotland this time, to do a Masters degree on renewable energy and a PhD on Fuel Cell technology.

There I learned, among a great deal of other things, that there is a huge gap that separates the vision of the future and its transformation into practical reality, that there exists an intrinsic struggle in all creative endeavour between conceptualisation and operation, design and functionality, aesthetics and form. Sometimes in order to compromise we lose one or the other and the result is often crude or aesthetically irrelevant, but as science and technology continuously advance we find ourselves ever closer to the golden ratio and the end outcome of our struggles can be truly breathtaking.

I try keeping track of all current scientific and technological events mainly for knowledge’s sake but apart from that my interests include reading as much as possible (physical books and audiobooks – digital format never appealed to me much -), listening to music (mostly heavy metal and all subgenres and classical music) and playing the occasional video game. Sometimes I host Call of Cthulhu RPG sessions but nowadays it’s becoming far less frequent an event due to time limitations. I am also a martial arts practitioner currently holding a black belt rank in Duk Moo Kumdo which is the Korean art of the sword,similar in many respects to Japanese Kendo.

My first introduction to Neal Asher was through the owner of a speciality bookshop (Unknown Kadath) here in Thessaloniki, quite a few years ago. I went in desperately asking for something that included massive space battles, monsters, hyper advanced civilizations and so on. He immediately handed me “The Skinner” which I promptly bought and read in a span of a few days. It was awesome. Naturally more books followed and currently I am going through “War Factory” which I am loving. Neal has a way of merging gritty realism and ultra-exotic elements in an almost seamless fashion and the effort he puts into creating a believable yet utterly fascinating universe is something that I, as a reader, am truly grateful for.