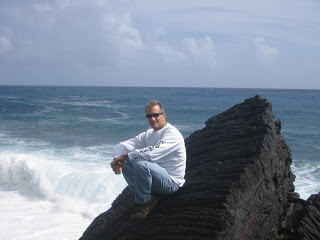 In response to your “Who reads my books” post.

This all sort of makes me feel like a fanboy, but then again…I guess I am. 🙂

Occupation: I’m a former carpenter turned software engineer. I’m going to take a guess and say that the majority of your readers are educated professions in a tech field. 🙂

I’ve been an avid reader since 4th grade and I still remember my first SF book (Red Planet by Robert Heinlein). I was quite heavily into hard sci-fi for a while (Niven, Clarke…) and then drifted more toward the other end of the spectrum (notably Zelazny). If I look at my bookshelf I see I pretty much have an A-Z collection, in spite of the fact that I clean it out periodically and donate to my local library. I recently got a Kindle and I find I read more now. It’s that whole “instant access” thing.

At this point in my life I don’t really have a specific genre I typically read as I’ll pick up anything that I feel might be good. Some of my current favorite authors would be (in no particular order), Stephen Brust, Jim Butcher, John Scalzi, Neil Gaiman, George R.R.Martin, Christopher Moore and some guy named Neal Asher. It’s actually gotten much easier to find “good” books (and authors) these days due to sites like Amazon and their inclusion of reader reviews. I’ve found that, (like movies), if a book has 300 reviews and they’re all 5 stars, chances are it’s pretty good. (which doesn’t account for books by Piers Anthony and Jack Chalker but still….)

Location: I live in the US. Specifically, in Hawaii. (Island of Oahu, but thinking of moving to the Big Island) http://tinyurl.com/yafn3g2

Hobbies: Triathlons, Ultramarathons, Mountain Biking, Scuba Diving, Swimming and other non-team sports that get me outside. I also like drinking (good) beer. Feel free to let me know when you’re on this side of the pond(s) and I’ll drink a pint with you. 🙂

Pictures: You didn’t specify pictures of “what”, so I’ve attached 3 random pics. (Myself, my dog and cat and a hiking trail on the Big Island). I will leave it to you to figure out which is which.