Like everyone else who has contributed a bio so far, I have also read a great deal of science fiction, starting with Madeleine L’Engle’s A Wrinkle in Time at age seven and Podkayne of Mars by Robert Heinlein not long after that. I was hooked and have read many of the great authors that others have listed. You all have great taste in books! What caught my eye with Neal Asher’s Gridlinked in 2006. Here was an author who had more futuristic ideas scattered on every page than many SF authors had in their entire book! And he was introducing these new concepts with a single word!: aug, chainglass, plasteel, runcible, U-space, etched sapphires, the Polity. Mind Blown. 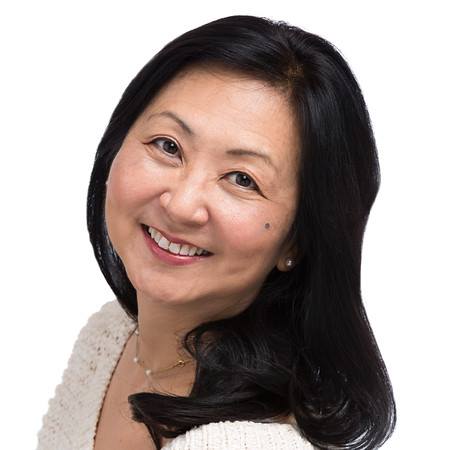 In The Skinner, again Asher introduced multitudinous mind-bending ideas as if they were commonplace and I loved his characters: the Old Captains, the war drones, the hive-mind, even the leeches. His understanding of biology was extensive and impressive. So many ideas spinning around in my mind, I thought I had found the motherlode! I have bought everything of his I can get my hands on. Still searching for a Mason’s Rats. Haha! 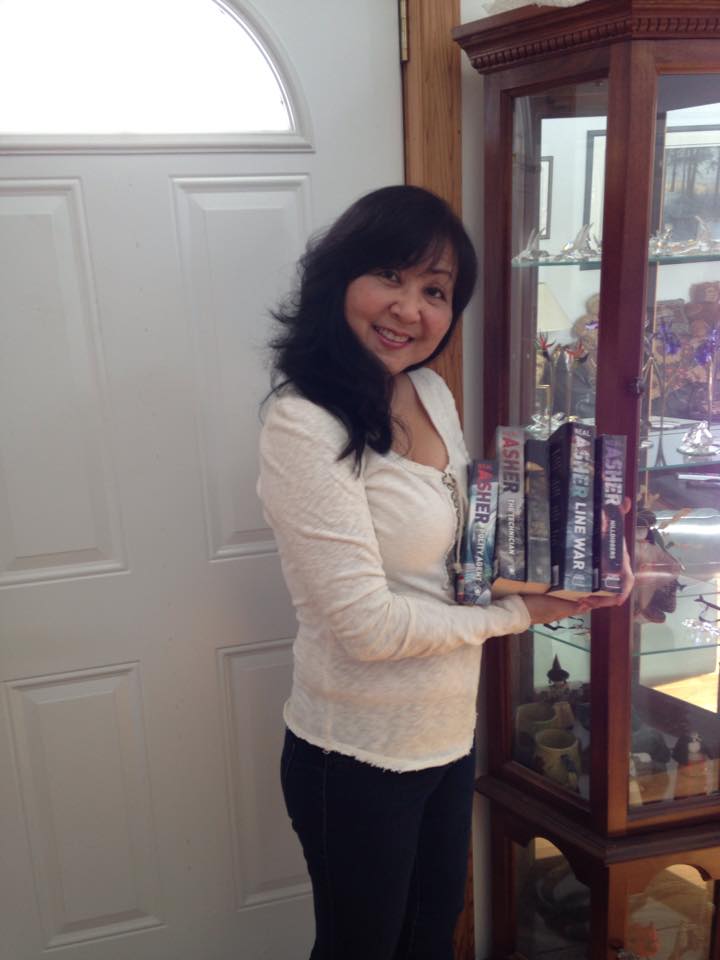 Neal said write about yourself and your life. I am a Canadian woman of Japanese descent. Both sets of grandparents came to Canada around the 1900s. My father’s family was interned during WWII in a camp as possible enemy aliens. They lost everything. My father never felt anger about what happened. These things happened in wartime. At least he was not deported to Japan and he survived the war. So many young men did not. I got to grow up in a country that allowed women to study medicine and become doctors. I originally was in a PhD program in Neurophysiology but I got bored so I completed a M.Sc. in Neuroscience before I went into medicine. I found research was not for me; no people contact!

I practiced as a family physician in a small rural town in Southern Ontario while I raised a beautiful son and a daughter with my husband, David. In Canada, people do not comment on the fact that I am Asian and David is Caucasian. I am Japanese heritage and David was born in England, I was baptized a Protestant and David a Catholic. People are most shocked that I am a physician and he is a chiropractor. Even that is being more accepted these days. That is Canada, for you. 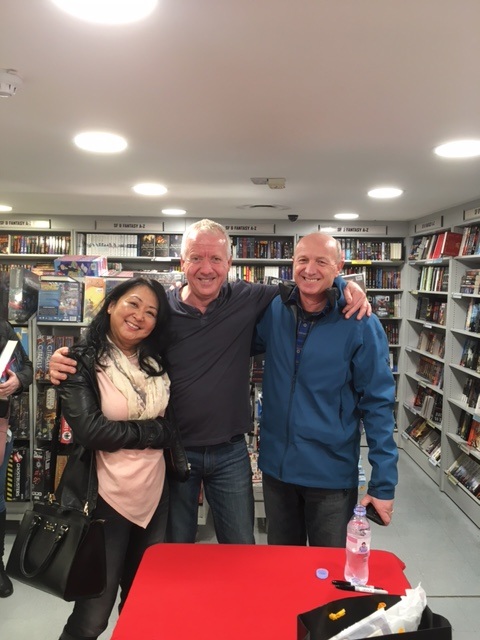 What I really want to tell you about is the place I work. I am a surgical assistant at a community hospital in Southern Ontario and we are a United Nations at work. Everyone not only gets along, we love where we work and the individuals we work with. We have physicians – anesthetists, surgeons, gynecologists, internists from Azerbaijan, Cameroon, Canada, Egypt, Ghana, Iraq, Iran, Japan, Lebanon, Libya, Nigeria, Taiwan, Slovakia, etc. We have physicians who are Catholic, Protestant, Coptic Christian, Orthodox, Muslim, Hindu, Jewish, Atheist (I am not aware of any practicing Buddhists). We have gays, lesbians, transgender individuals and heterosexuals among all of the employees in the surgical department. I think our differences make us stronger. We Canadians appreciate so much more what we have because we work with people who have risked their lives, left their families, been in jail, and risked death to come to Canada. We learn about other people’s customs and they are not evil. I find it an honour and privilege to work with these individuals who have so much to give to our society. When one works towards a common goal – treating people and saving lives – differences in people don’t count. It is the humanity in us all that binds us together and makes us such a powerful force for the good of the community. I wish other countries could see our small hospital in action. 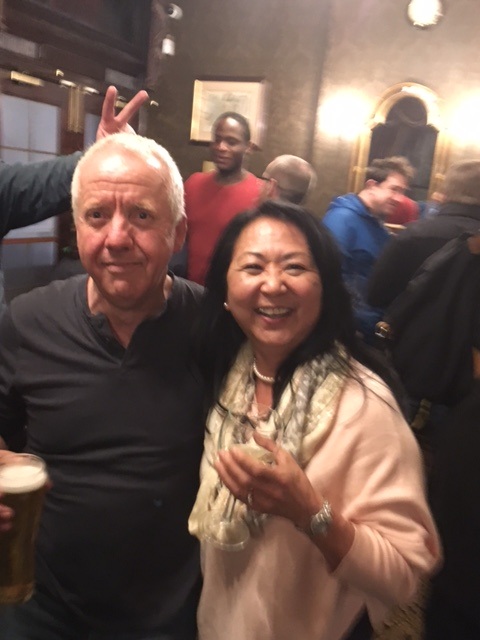 I began writing science fiction to try and give people a sense of what it is like to be in a medical facility where differences don’t matter. I placed the medical hospital in the future in space and used androids and robots to tackle the issue of prejudice. The books are humorous because I am a teeny weeny bit of a joker – not just with Neal. (It is a disease).

(The links are here if anyone is interested in checking them out. The first book, Welcome to the Madhouse by S.E. Sasaki, is free on most sites and the second book, Bud by the Grace of God, is available until end of September for $0.99. Then it returns to $4.99. I hope you enjoy them and they make you laugh out loud. Sorry for the shameless plug but Neal encouraged me more than once to put them in!) 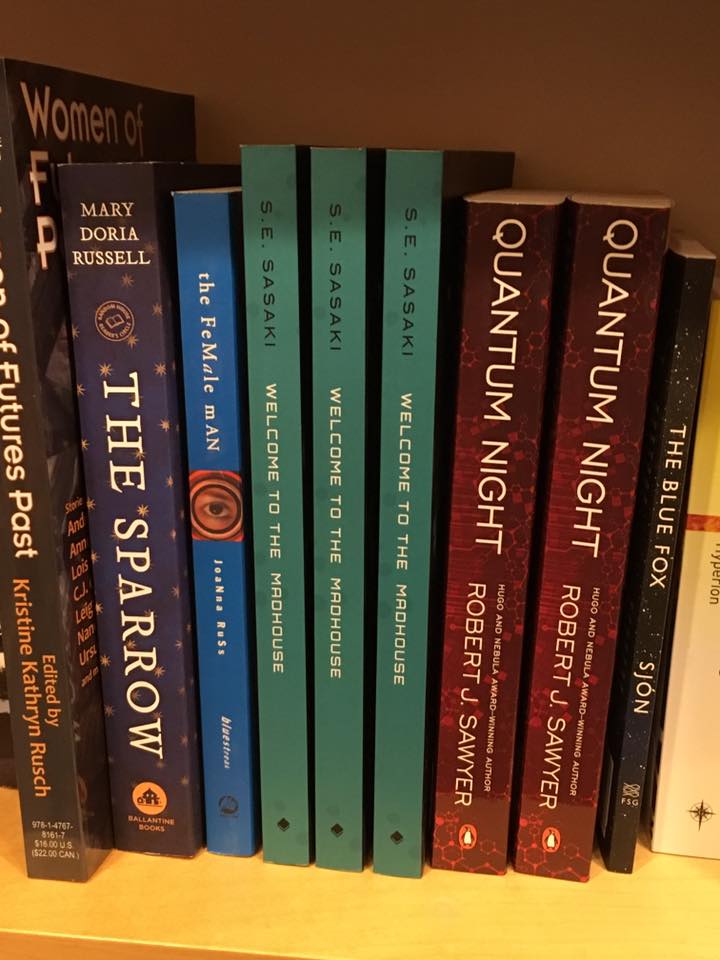 If I can make one appeal on this blog, which reaches people from all over the world, please reach out to others who are not of your country, your race, your religion, your gender, your community and try and find common ground. The Other is not so scary or so different when you get to know him or her. Under the few millimeters of skin, we are all the same. I know. We open people up every day and everyone by and large are built the same on the inside. Why do people think the amount of melanin in the skin cells is so important? It’s not.

Thank you for your attention,