Hi, I’m Subrata (Sub) Sen, and I’m a unrepentant Other Worlds, Other Times addict. I have a strong imaginary internal life. Once invested in an author’s creation, I am reluctant to let go. My dislikes include stories based on real life in current times. I feel I know as much as I need about real life. It all started with my exploits as Superman and The Lone Ranger . Being Indian I nonetheless declined the role of Tonto. I’m no side-kick. 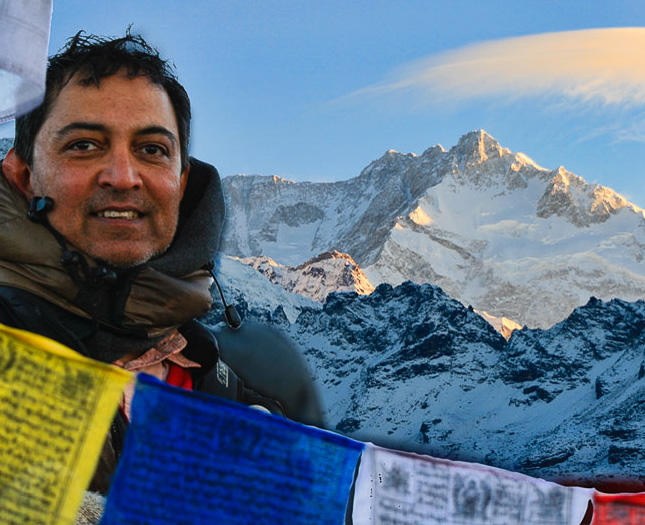 Neal Asher is my current favorite world-builder. I have worn out others in the past. Zelazny, PJ Farmer, Sherri Tepper, Dan Simmons, Glen Cook, Steven Brust – they all abandoned their creations and moved on to new worlds, some where I could not follow, but the dislocations have been difficult. Other excellent story-tellers seem to flit about with new creations in every incarnation. I still enjoy them, but as my focus and attention span has declined greatly since I took care of my dad for his last 5 years (while working full time – but that’s another real life story), and since then acting as my mom’s aug, well, I read less than I used to and stick to a few authors. I look for new worlds mainly by sampling Fantasy & Science Fiction and Asimov’s. As Neal is younger and fitter than most, I expect he will outlast me. Neal, Jack Vance worked till he was 95.  I do love the fast action, intricate plotting, quirky characters, hard science, gadgets, AI’s, weapons and most of the the really big explosions in his Polity. The entire world, galaxy and sometimes all existence is at stake. Waiting for his Jain train is painful (any link to the ancient Jain religion?). I’ve started The Destroyer series (enthralling) on Kindle while I wait.

1952: The accession of Queen Elizabeth II, the birth of Mr.Potato Head, the first hydrogen bomb, the Mau-Mau rebellion in Kenya, Mother Teresa’s first home for the dying in Calcutta and my birth in the city’s military hospital on the very day a certain Emperor faced pointed criticism from the Republicans with fatal results two millennia ago. And St. Xavier’s High School is established in Hazaribagh, India by a certain Australian Jesuit priest. Coincidence? I think not.

Ten years later I’m at a Jesuit boarding school in the jungles. I hide in the library reading all the books flowing from the over-supplied Outback to avoid Jesuit supervision and compulsory sports. Mysteries first, Agatha Christie, Edgar Wallace, G.K.Chesterton, then Charles Dickens .. eventually HG Wells and in desperation, the collected works of Shakespeare. In 1963, JFK is shot and the school is abuzz. And Andre Norton’s Witch World arrives – other worlds! What a revelation!! The Day of the Triffids becomes the subject for my English Lit class, supervised by an Irish priest partial to whiskey. A year later I find a Penguin edition of The Hobbit in a bookstore in Calcutta. Years of hunting in used bookstores for science fiction and fantasy follow. Van Vogt, Heinlein, Anderson, De Camp, Le Guin. So many worlds. Some are one-off creations, but some, like Norton’s Witch World, Tolkien’s middle-earth, Jack Vance’s Old Earth and his space-faring series created entire universes that I could inhabit. Zelazny’s Jack of Shadows opened other worlds, followed by the Chronicles of Amber and many new mixed mythologies.

By 1973 I have an M.Sc. in Physics and an in the States; five more years of study and 2 degrees follow.  A year after I arrived In Austin, Texas my college roommate handed me a Marlin 30-30 lever action and said I was an honorary Texan, and so I am. Trained as a physicist I chose to join an international  oil company and spent the first year in No Trees, West Texas. They let me move on once I can say “Awl Bidness” correctly.

It’s 1983. I spend the month of January on the Arctic ice shelf testing a well. The sun never breaks the horizon and the Aurora blazes over the entire night sky. I lie on my back with my arms out on the ice to absorb it all for an hour. I am stuck to ice by the time I decide to move. I know I’ve made the right career choice.

Over the years I live in 4 continents, travel in all seven and photograph in over 70 countries. I hike, bike, ski, scuba, play the guitar and compose. I try jumping out of planes and off bridges on bungee cords. After talk by Ray Bradbury I am inspired to write everyday – for a month. However, typing is like playing Battleships. It is only my 4th favorite daily activity, so that is that.

Travel and photography are now my main hobbies. I’ve given up my teaching and consulting. But I have a home in the Olympic Peninsula overlooking the San Juan Straits. I spend a couple of months a year there, a couple of months traveling and the rest in Bangalore where all movement is virtual as the traffic is at a standstill. My photographs end up on http://www.pbase.com/subsen eventually.

Picture attached is of my last major hike in 2010 – to the base of Kanchenjunga.