Ah that’s better. From my previous malaise of mind I have been steadily getting back on track. Most of this has occurred over the last year marked by the return to me of my pleasure in reading. But, y’know, I have a job, and that’s writing books. My standard, before Caroline died, was to write 2,000 words a day for 5 days a week. It was keeping to this that enabled me to get the whole transformation trilogy written to first draft before I had to deliver even the first book. Over the three years after that it was those books that kept me on track with a book every year. It was almost as if I had prepared for it. 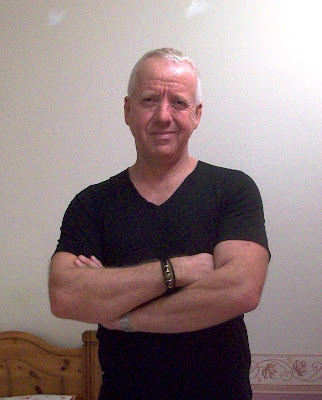 In this last year I’ve been getting back to those kind of word counts but never quite there. I don’t think I’ve had one week where I have managed to do the full 10,000. A lot of this was due to me sorting out the mess that was The Soldier – the first book of Rise of the Jain. This was something I’d taken tilts at over a number of years and was very patchy and a bit all over the place. After that I managed to quickly write the next book to first draft but still no full weeks of 10,000 words. Now, nearly 50,000 words into the third book, I’ve just done such a week. I’m pretty happy about that.

I was chatting recently with someone about this tendency of mine to want to have books in the bank, so to speak. I am happy to be writing at the above rate but I would love to have a whole trilogy or some such done before the ink is dry on a contract. However I realize, that upon reaching that stage, it won’t be enough. I’ll want more books in the bank. Then there’s the other stuff I want to do. I would like to stick some more short story collections on Kindle. I would like to write some more short stories and send them to magazines like Asimov’s. I’d like to (maybe) go through the fantasy trilogy I have on file and then put that out on Kindle. Then there’s a book whose title I already have: Walking to Voyla. I’d like to do that.

Uploading to AI crystal and generating a few subminds cannot come quickly enough for me.