Skip to content
I’m now back on track writing 10,000 words a week and Penny Royal III has now passed 30,000 words but, better than that, I’ve written myself back out of a hole. It happens like this sometimes: you’re telling the story you have to tell but it seems to be dragging a bit. It needs some spice, some danger, some apparently random element introduced to knock expectations off kilter. Raymond Chandler’s method was to walk a man with a gun into the room and, with a science fictional slant, that’s exactly what I’ve done. Well, the man isn’t a man, the room extends across light years and the gun happens to be a modern Polity dreadnought. This is now leading to me writing a lot more back story, some of which, it seems highly likely, may end up being implanted in the previous book. It’s also likely that a portion of the stuff I wrote before introducing this character might end up being either hacked out or hacked down. No matter, I’m sure there’s stuff there I can use as the basis of a short story, as I did with an 8,000 word plot thread in the first of these three books. 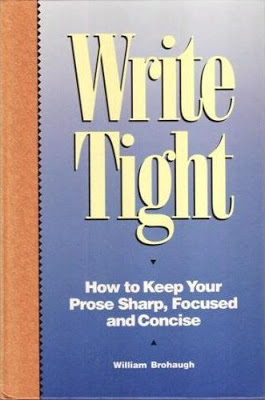 Moving on… For those of you who want to get into this writing profession here’s a few writer’s tips provided by various Tor authors over on the Tor Books Blog. Whether or not this is going to become a regular feature I don’t know. Also, while buggering about on Twitter I came across The Editor’s Blogwhich I’m finding quite handy. I particularly like this Cut The Flab – Make EveryWord Count which reminded me somewhat of an excellent book on that subject: Write Tight by William Brohaugh.