You might think, what with the quantity of stuff I’ve been sticking up on this blog lately, that I haven’t been working hard enough on my next book. That’s not the case. The more lengthy and considered blogs here (some might call them ill-considered) I draft in a paper journal in the evening, when I’ve finished work, and take very little time typing up the next morning. The shorter ones I just do in a few minutes.

So, after having to stop writing Zero Point while in Crete to look at some copy editing on The Departure, then having to do the same again back here, I had to read through the entire thing again to get myself back on track. The book is now at 94,301words and, in the story, some serious shit is heading towards the fan.

Other news? Jon Sullivan is continuing to replace all my old covers, but at present is working on something a bit different for The Departure. Hopefully, this year, I’ll be popping in to London for a meeting with Julie Crisp and co and getting to meet this guy. I must make a selection of covers I want as prints and get him to bring them along. 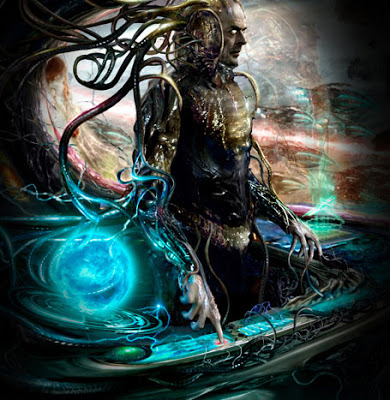 Ah, incidentally, if you want to buy posters of those cover pictures, head over to Jon Sullivan Art and talk to the guy. I would like every one of them as prints but, despite being a step up on the property front, I don’t have enough walls to hang them on.

Right, I’ve done my 2,000 words today, and I’ve stopped to play for a little while, but now it’s time to get back to it and start planning out some future scenes (shock horror!). Mmmm, did you know that an Alcubierre space-time bubble will produce massive tidal forces at the periphery of ? I thought not.