Someone bought me a journal for 2012 with a blank page for every day. I had been filling in such journals for many years until a couple of years ago, when I asked for hardcover notebooks without a date on every page because I was getting behind (and bored with the daily recording of  my life) and most of my ‘warm-up’ writing started to go here on this blog. This morning, getting behind as usual, I waffled on back-filling empty pages and, while doing so, realized something: I’ve now been self-employed for 25 years. When I muttered something about this Caroline said, ‘Where’s it all gone?’ but I don’t feel like that. The last 25 years have been quite eventful.

I started paid work while still in school – at the weekends – and when I left school at age 16 I went straight into a full-time job in a factory making steel furniture. From there I progressed through various firms, acquiring a college certificate in ‘Mechanical and Production Engineering’. I worked for an aluminium boat and house window companies and a couple of other engineering companies, mainly using milling machines, but in the early eighties I was getting bored with that and broke away for a disastrous stint in a building company (it went skint owing me £600 in wages). A brief spell of unemployment was followed by me being seconded by someone to help clear up storm damage in ’87 and, thereafter seeing the financial possibilities and freedom of working for myself, I went self-employed. 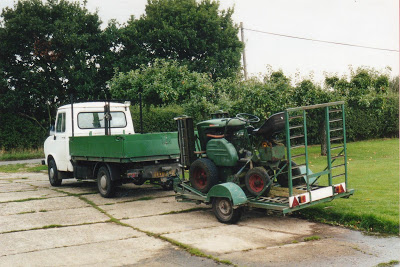 Throughout all this I was writing of course, working my way up the small press ladder, taking an English A-level to prove a point just to myself, and gradually becoming more successful. I ran my own business cutting both domestic and council grass, cutting hedges, trees, laying concrete, building fences, repointing houses … the list is a long one. I occasionally worked for builders, delivered coal and skips, did bar work, rebuilt and sold a few motorbikes and cars. I met Caroline and moved into her flat (I wrote The Skinner in my first year there) and we then moved together to a bungalow (I have to wonder what people thought of the Sherpa truck parked outside) and then, in 1999-2000 by synopsis and sample chapters of Gridlinked hit at Macmillan. 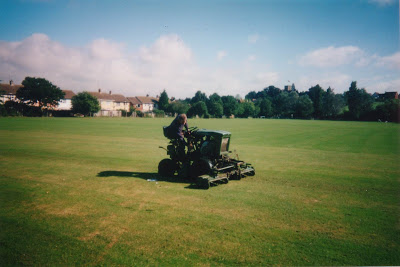 I continued with the grass-cutting etc. for another year (or two?) then went over fully to writing. Since then we’ve bought a house in Crete, and I did a lot of work on it myself. I’ve had about 20 books published, now live in Crete for 7 months of the year and have had both enjoyable and traumatic experiences throughout the whole process. 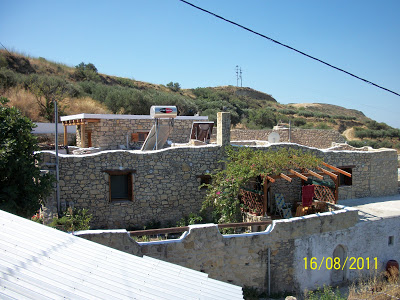 Looking back to ’87 I see that figure in some woodland in the pissing rain cutting up fallen branches with a bow-saw. He just had no idea…