Skip to content
Here are some pictures along the way of the first walk I took. 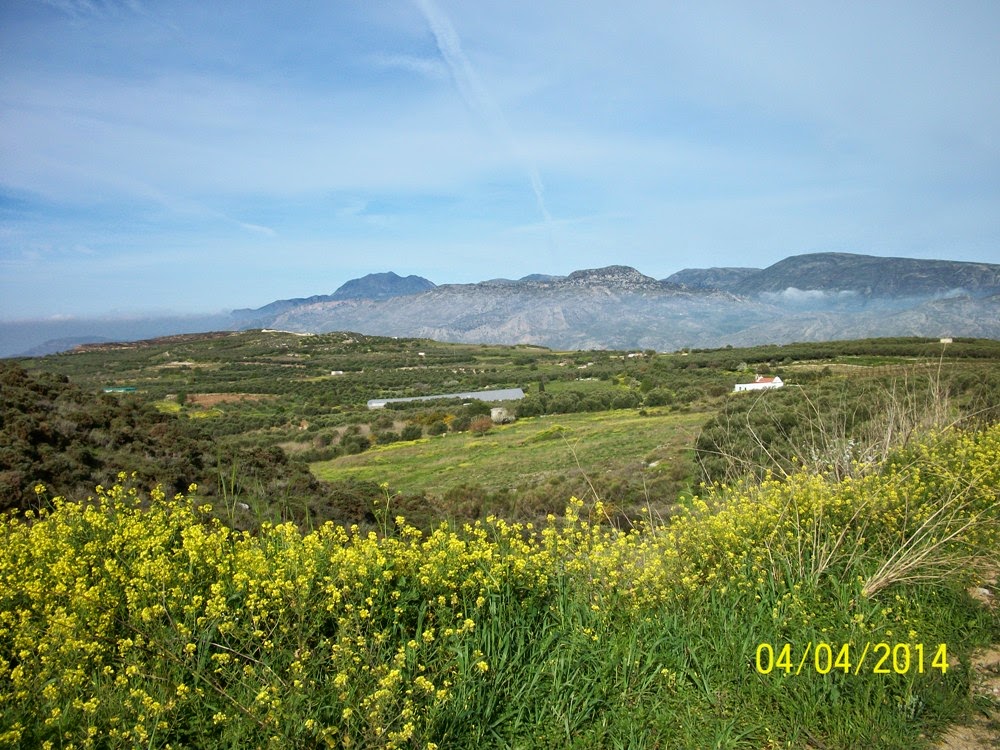 The route leads from behind my house and up into the mountains. 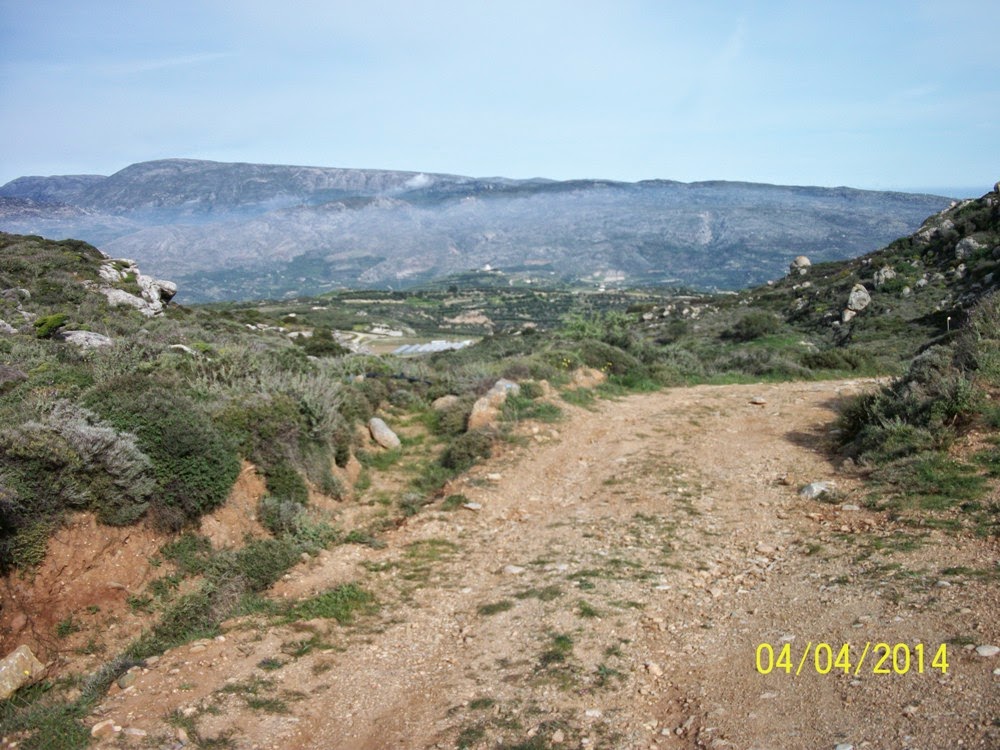 The local Greeks don’t have much respect for signs – even on the main routes up here they have holes blown through them. 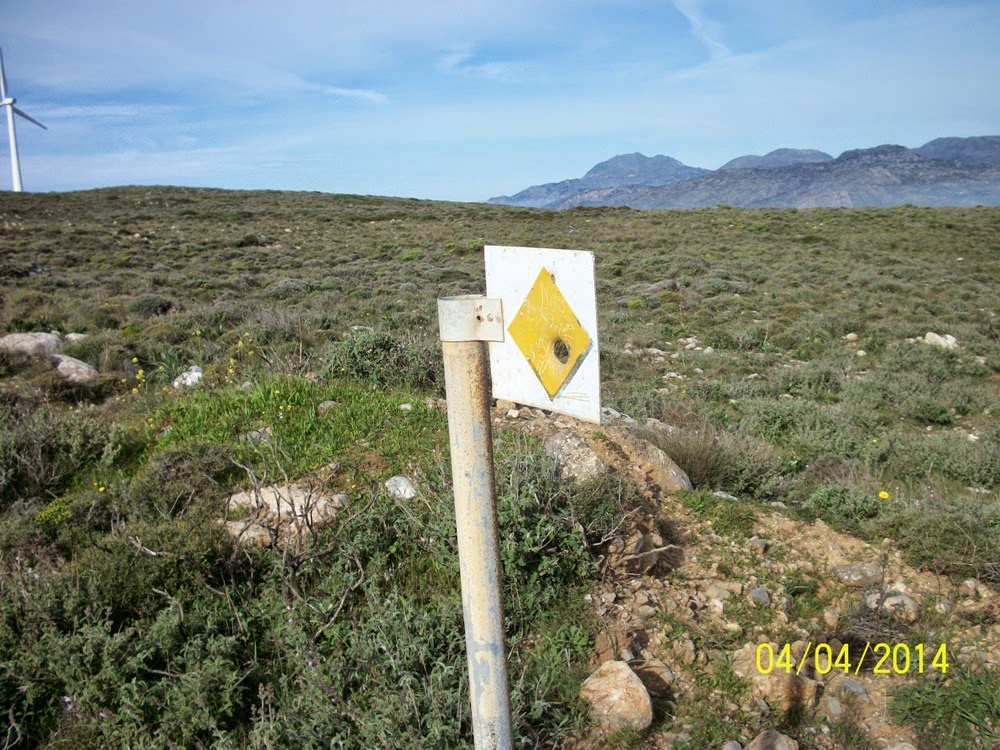 Up the top here I come to the wind turbines. I was told they had been turned off because those maintaining them hadn’t been paid for three months. However I have seen them running since. On the way up I had to stop to rest three times as the track is getting on for as steep as a staircase. 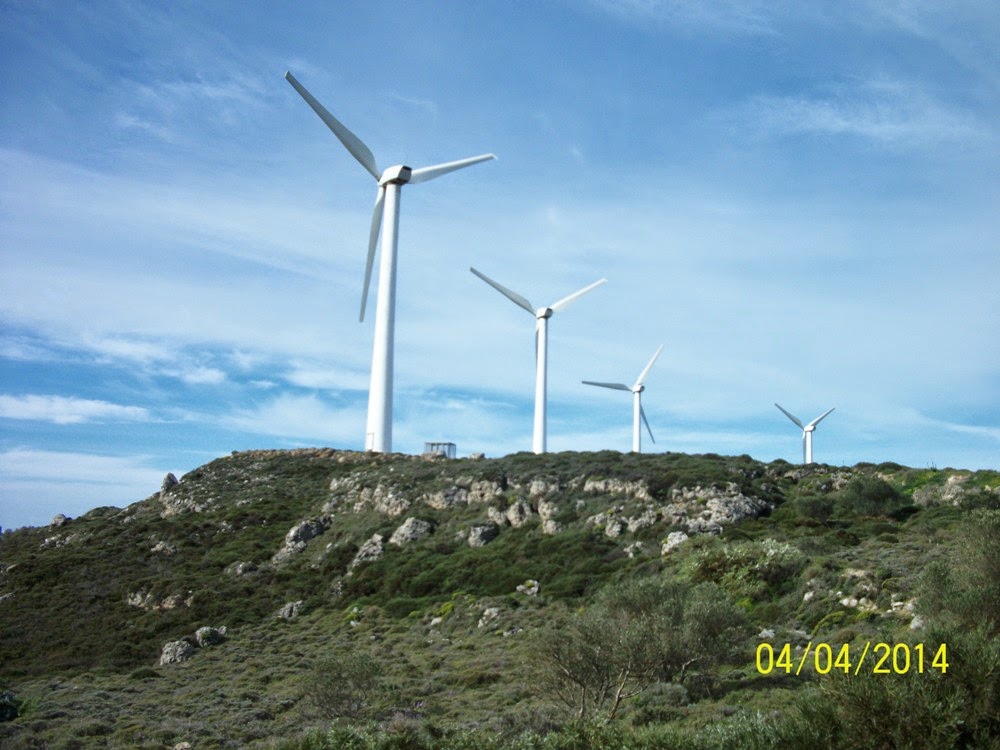 Over the other side of the mountain and down (Handras off in the distance to the left) I was floating and high on endorphins. Damn but I felt really good and knew then that I’d done the right thing in coming here and tramping about. 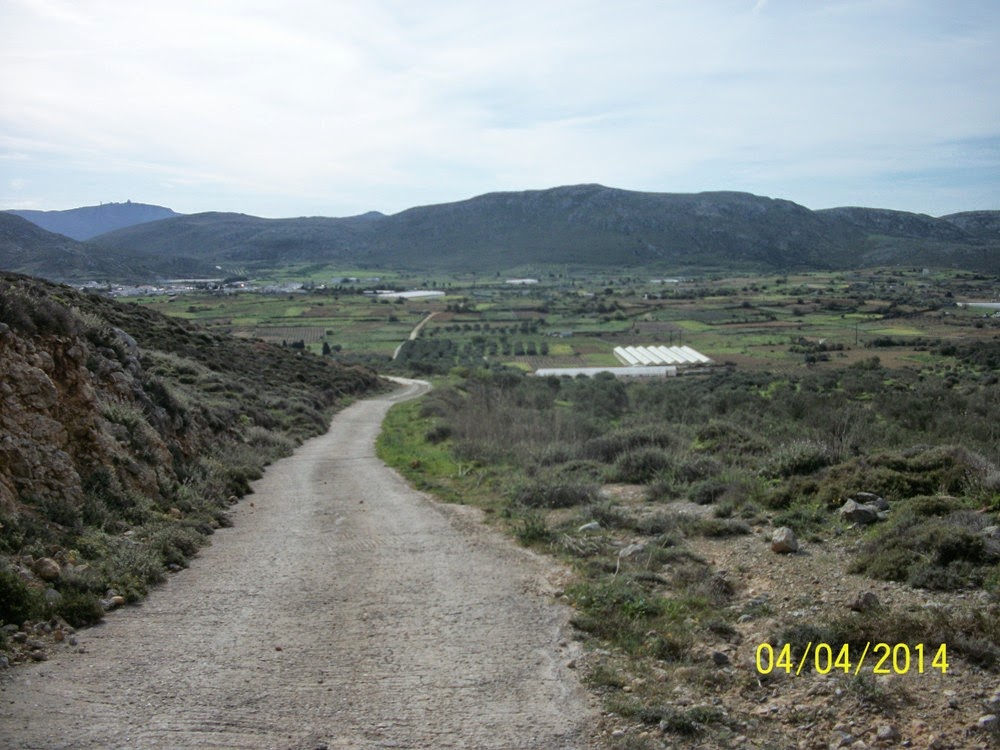 One of the numerous churches to be found around here. 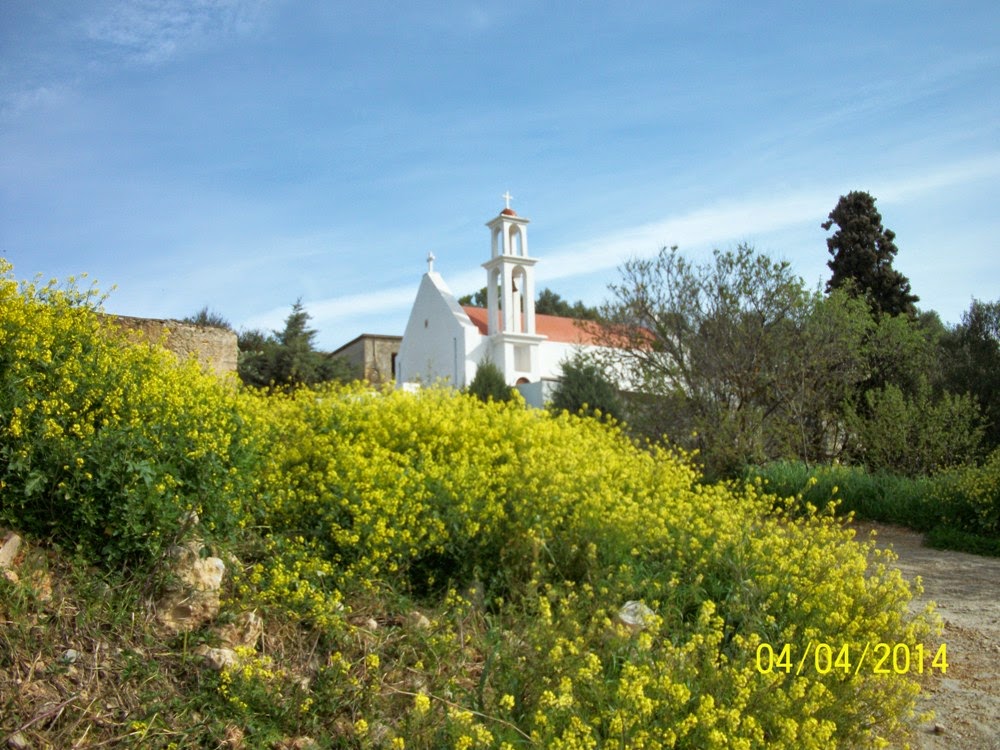 This is the buzzing centre of Handras and it was certainly buzzing a few years back. Over to the left is a kafenion/taverna where Caroline and I were having some wine with some friends. While we were there an earthquake struck. The lamp post you see, along with others, was whipping back and forth like a sapling. I kept to my seat, since we were outside, others leapt up, while a Greek woman all in black rushed out of her house babbling to god and crossing herself. 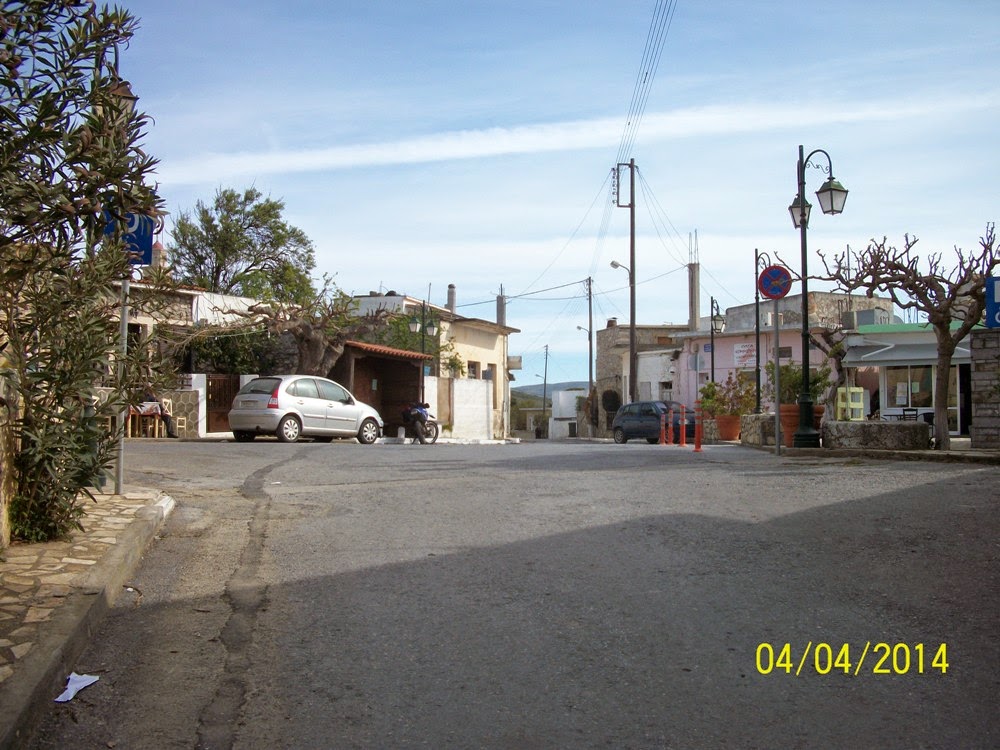 The road out of Handras and one of the views along the way. 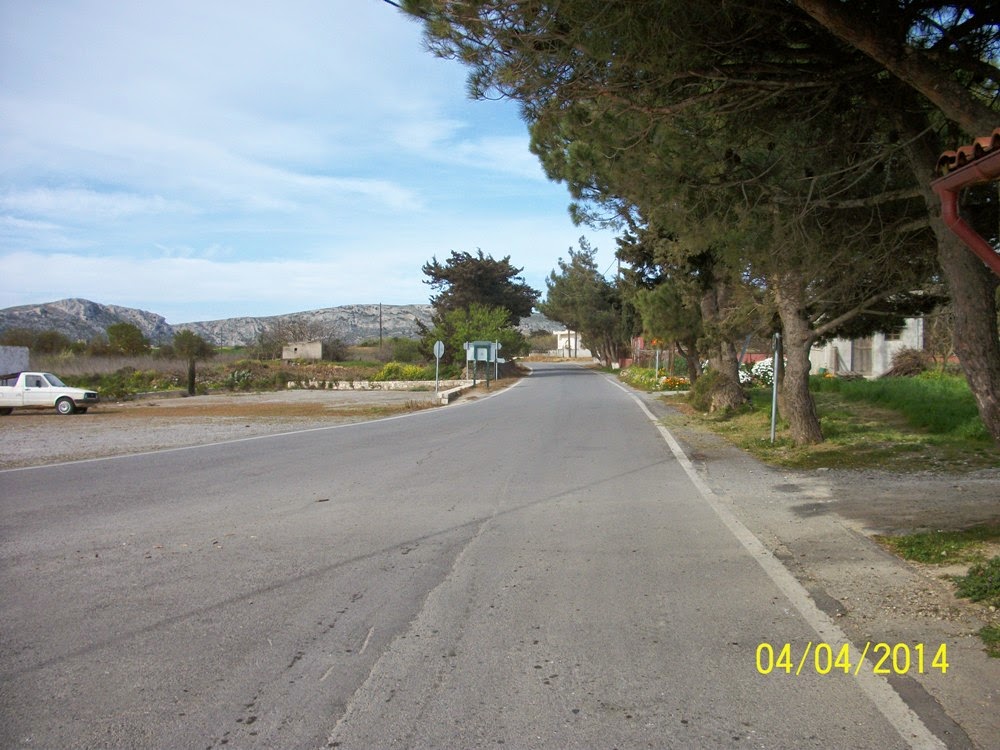 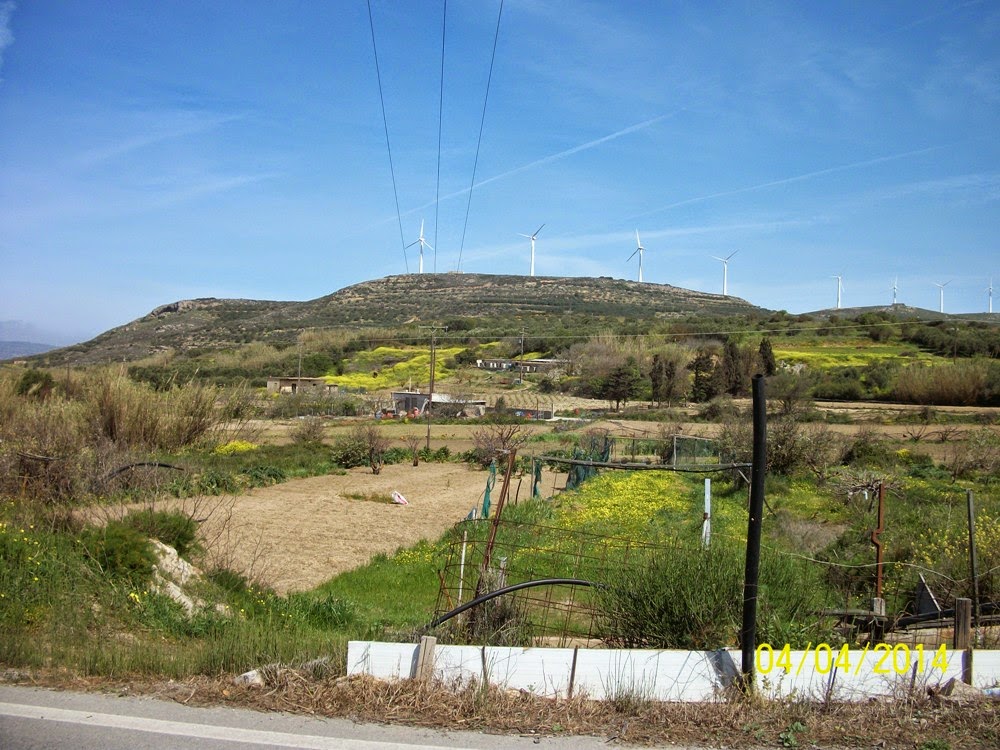 This is Etia – a Venetian village plus villa. Nice taverna here I’ll visit when it’s open. 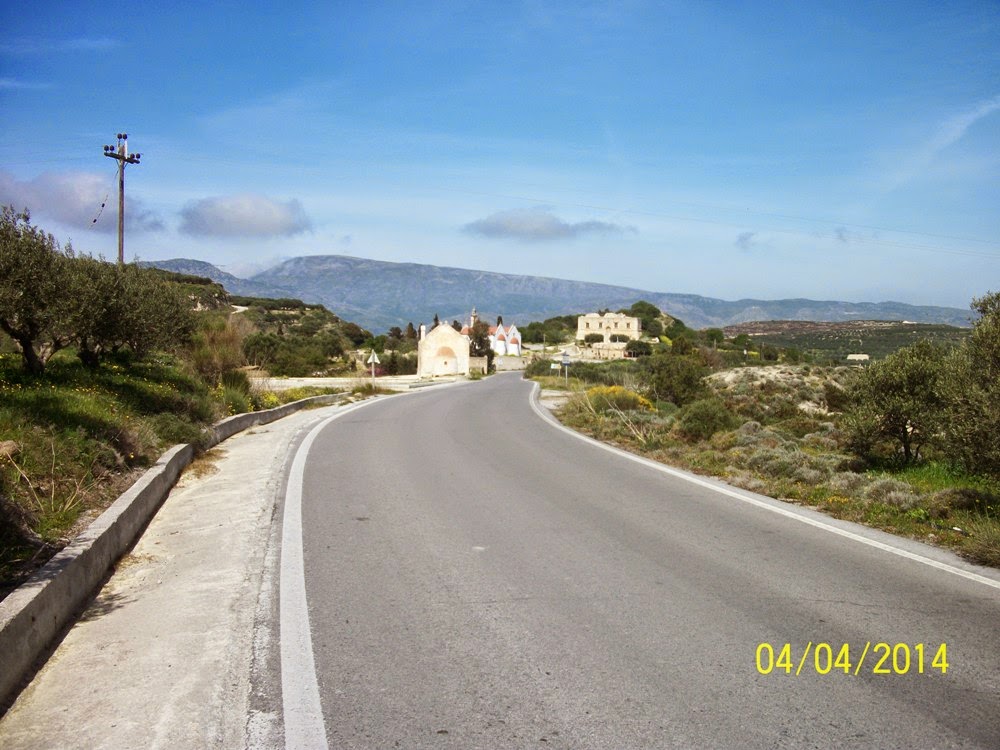 And here’s a nice flowering tree in Etia. 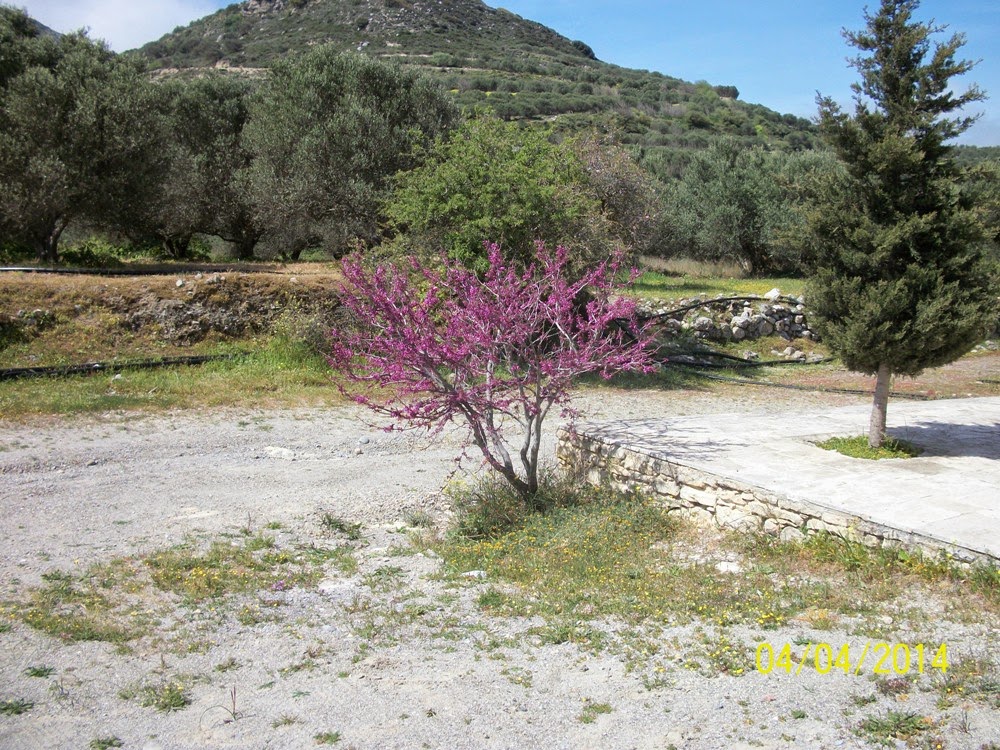 I could of course fill this blog with hundreds of pictures. Generally up here you just have to point and click and you have a postcard. I have plenty of time to add pictures that might be of interest. I’ve since done this walk many times, with variations, and each time the distance has ranged from 6 to 7 miles.