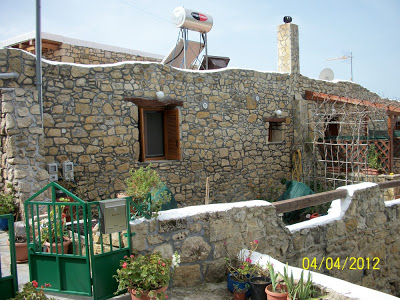 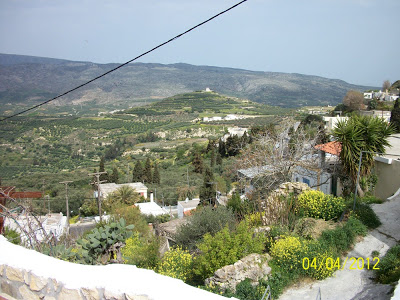 A slight whiff of mould hit us as we opened the door but it was gone in an instant. The inside of the front wall had bubbled off paint and there was a small patch of mould on the wall in the bedroom, but the rest of the house was completely dry. The three roof windows and four vents through the walls had done their job. Besides applying a couple of square metres of paint, there’s very little else to do inside. The place is so lacking in damp that I loaned our dehumidifier to our Belgian neighbour, whose bedroom ceiling is black with mould and whose bathroom ceiling looks like it has been carpeted. 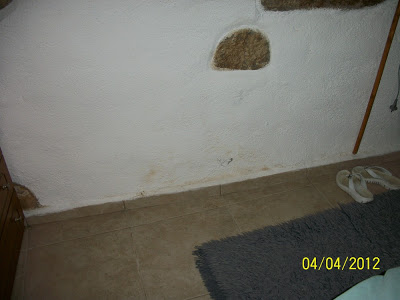 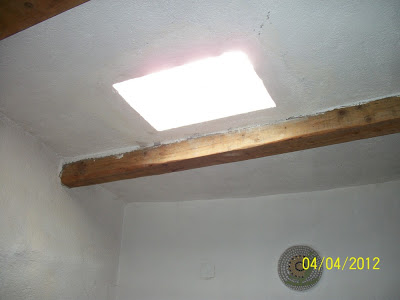 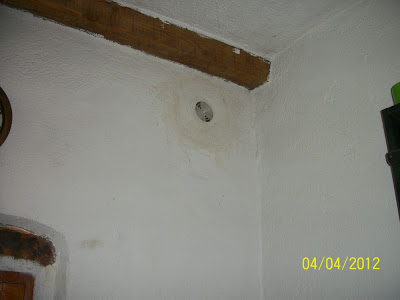 One of the first things I noted here was that our Greek neighbours have reacquired their pick-up truck. This vehicle has been sitting in a garage, after having had a lot of work done on it, for getting on for four years. The owner of said vehicle once wanted me to pick it up for him, but I demurred. I suspected some sort of con involved whereby I ended up paying the garage bill. He now has his truck back by dint of selling a patch of land to the Belgian. There’s some sort of dodgy situation there too, since the Belgian has some ruins between his house and this land which he has discovered he has no building permission to renovate. You really have to watch your step here. 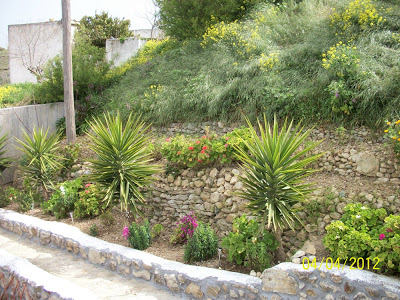 Annoyingly, since being here it has been warmer in England, just like it was for the last two years. We have been seeing London temperatures of 20 and above while here it’s been in the teens during the day and in single figures at night, so we’re steadily burning through our supply of wood for the stove. However, it is very dry and we’ve only had one light sprinkle of rain this last week. Also, when the sun is out, it is very bright and does feel very hot. There’s a large difference between shade and open sunlight temperatures here, whereas in England it’s not so large. And of course there’s an approximate 5 degree difference between the temperature up here in the mountains and that down by the sea at Makrigialos. I wonder if the same weather pattern as the last two years will prevail: another soggy summer for England. 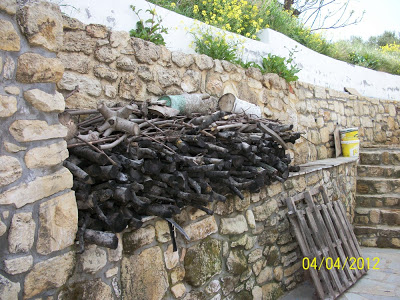 We’ve been busy with the garden since getting back. Most of the weeds are now pulled out, I’ve planted seeds for radishes, onions, beetroot and various salad leaves directly in the garden and in pots started off peppers, sweet corn and many different kinds of flowers. €5 bought me a great mass of seed onions which, after digging over the back garden, I planted half of there. I little later in the year these will provide spring onions and later still, pickled onions. I note too that our cherry tree back there is covered in blossom so maybe we’ll be getting fruit from it in its first year. Since Mikalis sorted out the inner garden walls over the winter I’ve also put up trellises for geraniums … that’s about it. I’m now starting to wonder about looking for jobs to do. 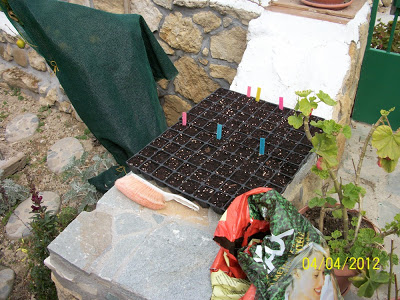 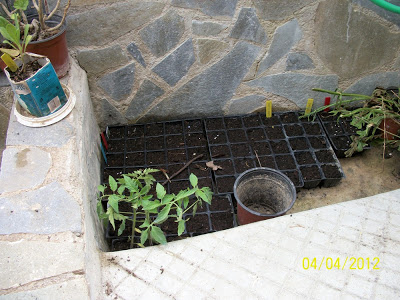 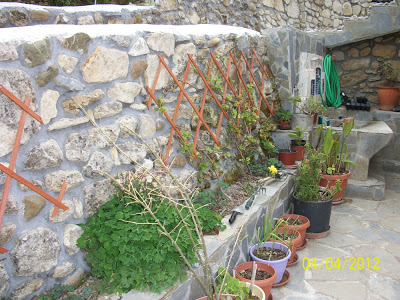 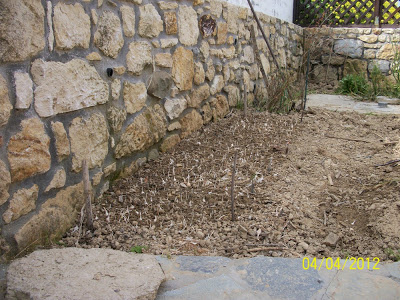 The above, which will be boring to some, is just my warm-up towards producing some fiction. Since on Monday Caroline has an appointment with the dentist in Sitia, and that is the day I scheduled for getting back to writing, I’m aiming to get a head-start on my 2,000 words. Then again … I need to grind the edge off the gate, which is sticking after I painted it, bring in some more wood, chop up some of the longer lengths back there, clean the front door…

Wednesday 4th April
Right, I’m back on the horse. I finally sat down to write yesterday and found it difficult to get my head back round Penny Royal. I have so many things I want to do and it’s difficult sitting at a laptop writing when it’s sunny outside. However, I have to acknowledge the reality that I wouldn’t be here but for the writing (or but for Macmillan publishing my books and you lot buying them) so I have a job to do, money to earn and a duty to fulfil. I stuck at it, without internet distractions, and polished off my 2,000 words by 2.30. The feeling I had getting started was, ‘Where am I taking this now?’ which is of course a feeling familiar to any writer. All I have to do at this point is recognize that the question is one I always ask myself, to different degrees when approaching the day’s work, and that the only way to answer it is by writing, not fretting. Penny Royal (or whatever it’ll be called) now stands at 84,000 words.

The weather here on Crete has not been as bad as it was last year when it started off with two good days followed by two rainy and cold days – the good days gradually increasing in number all the way through to May when we were still using the stove. It has been chilly here in the evenings and at night, but the days have been warmish and we’ve seen little rain. Today it will be interesting to see how the weather turns out. The forecast last night for Crete was cloudy with a possibility of rain later yet, when the temperatures were given, we were gobsmacked to see a prediction of 27C. It being 16C this morning at 10.30 I somehow doubt they’ve got that one right.

Oh, and this picture is for Heidi and Paul – seeds coming up on week after planting: 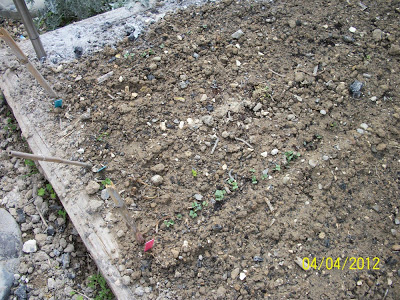