Skip to content
My apologies for the title of this blog, but I couldn’t resist it.
So I met a guy down the pub the other day … let me rephrase that. I was down in Makrigialos and, since I sometimes find it painful to be in there, I avoided Revans and walked into a bar called The Rock. 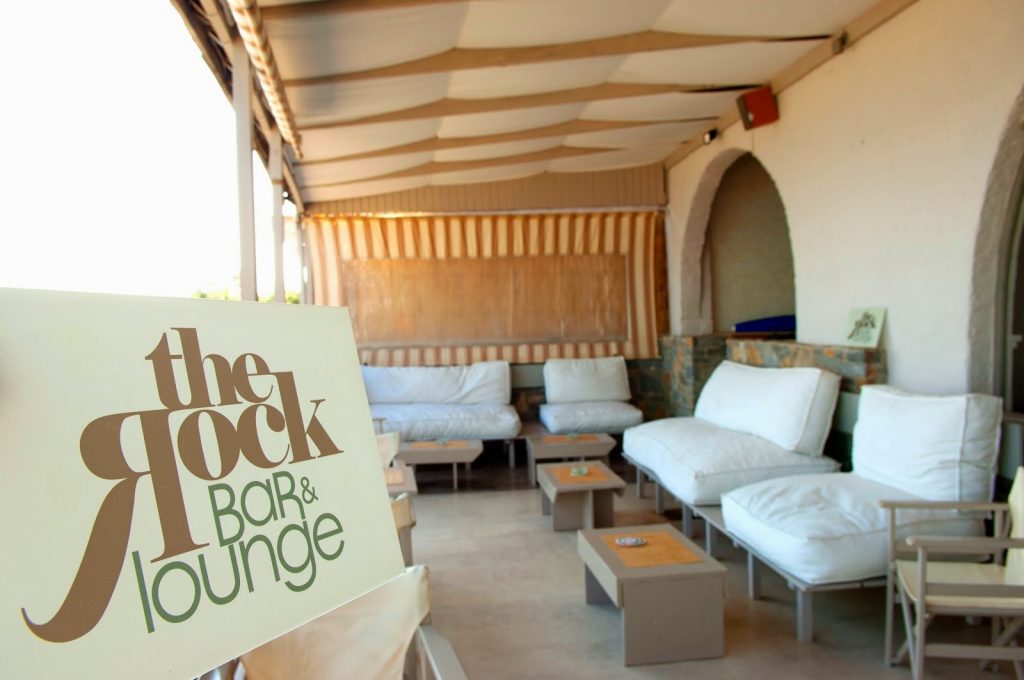 On his way out of the bar was Tim, who lives in a village called Armeni up behind me (he’s the guy whose coffee bill has gone up because I keep stopping in at his house during my walks). He turned round and walked back in and we sat there enjoying a beer along with the owners of the bar: Chris and Claire. At one point Tim said, ‘You should go with Chris and his group – they go for a walk every Wednesday.’ Since I was in arrogant upswing mood I replied, ‘Nah, they’d never keep up with me.’ Later I listened a bit more closely. These walks are along various gorges. Later still, I meekly asked if I could go with them and, despite my gob, was invited. 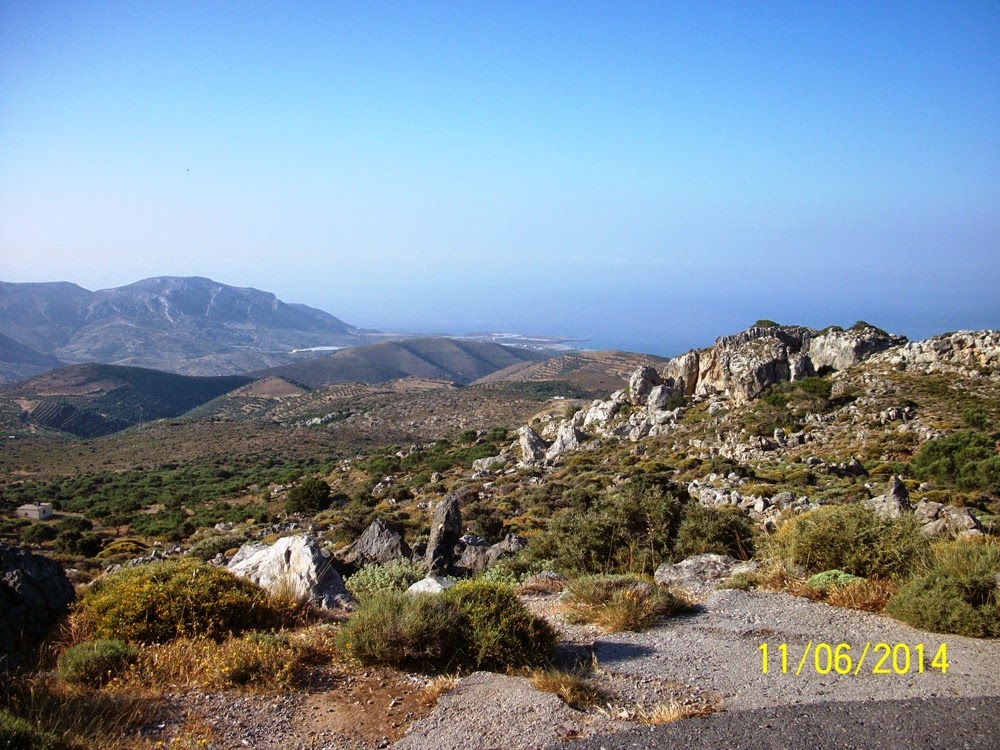 This Wednesday I met Chris, Brian and Margaret in Makrigialos. Margaret drove us up the Pefki road and then up a fork from that, up and up until it terminated at a point where you just turn round and drive back. On the way up Chris pointed to a church and said, ‘We’re going a thousand feet above that (first picture below). 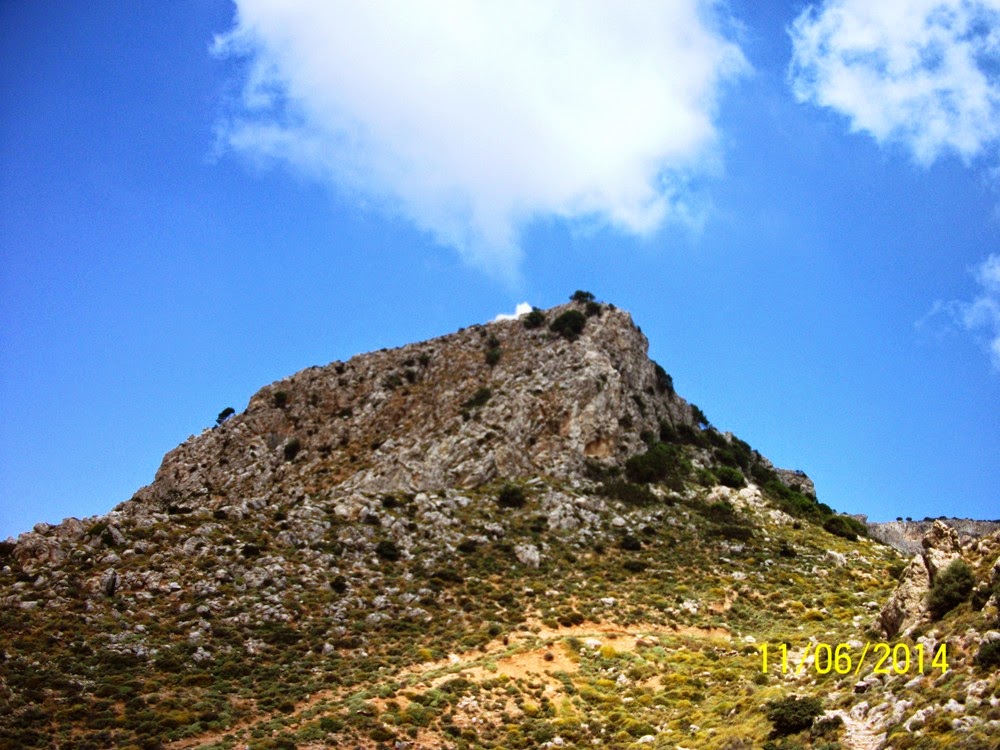 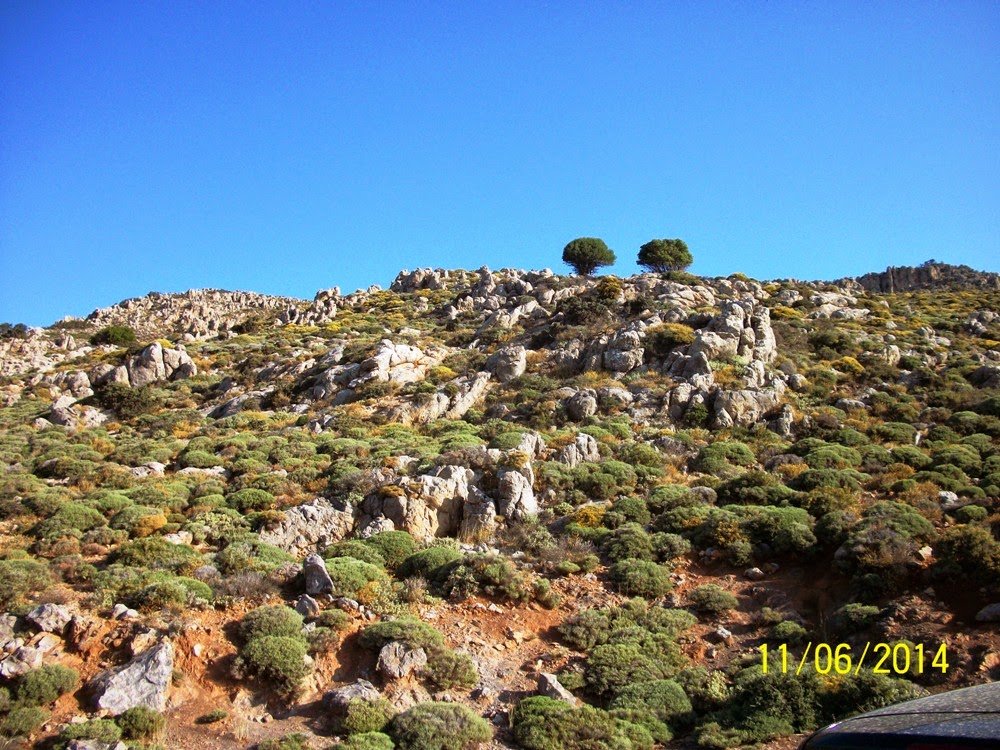 As we set out along what was effectively a goat track I realised this was going to be no pushover. Oh-oh, I thought, I’m about to be taught a lesson. 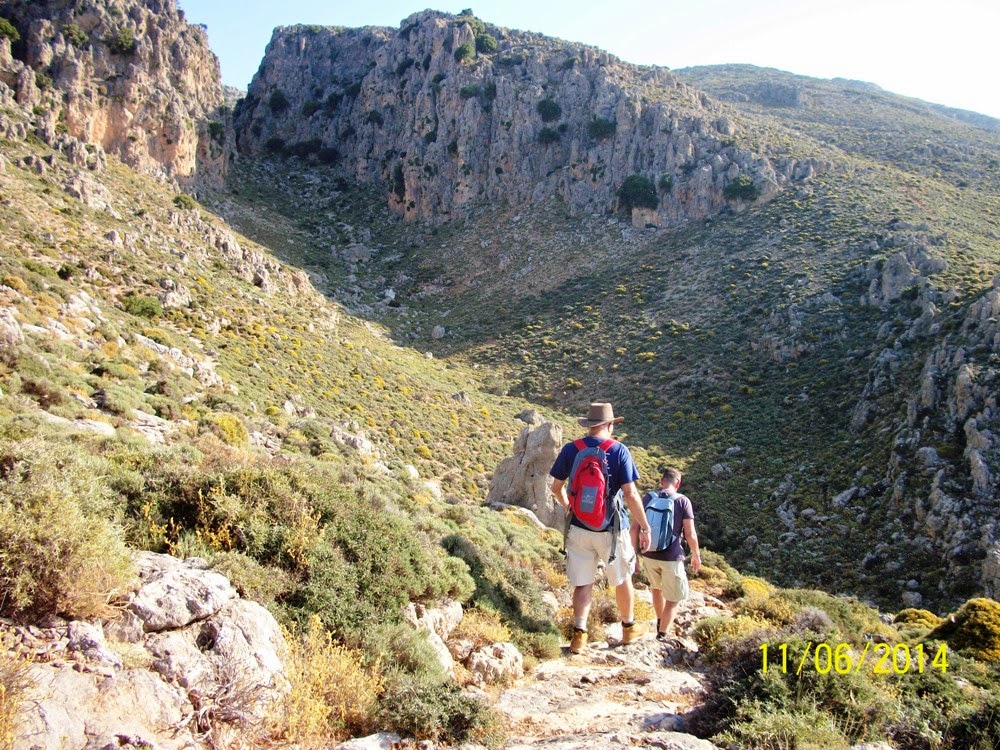 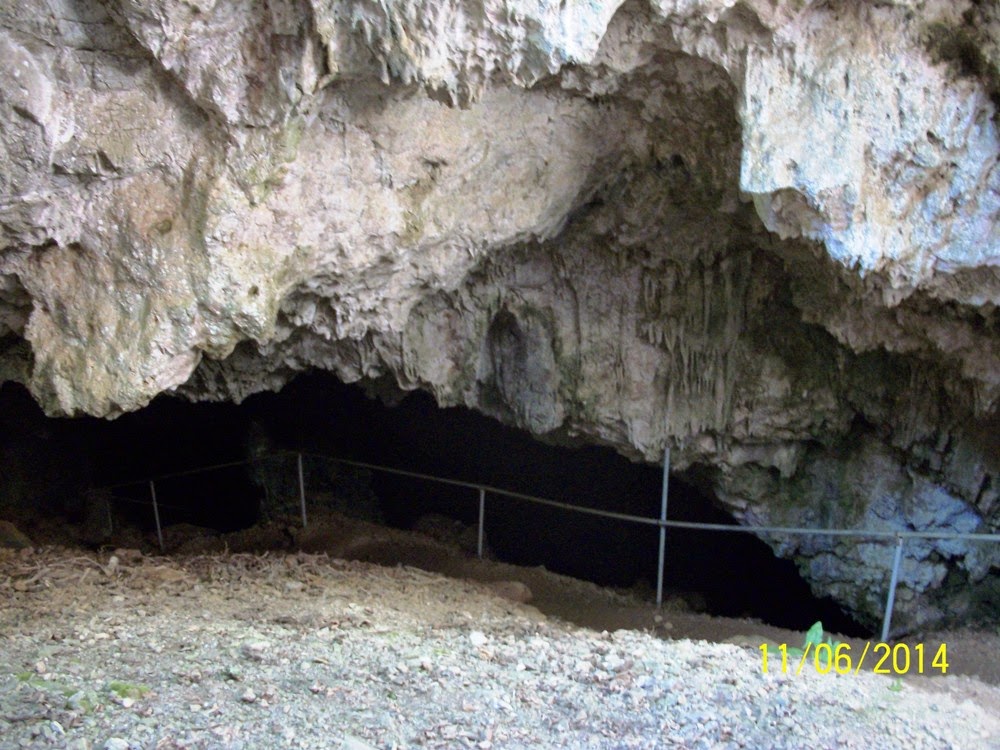 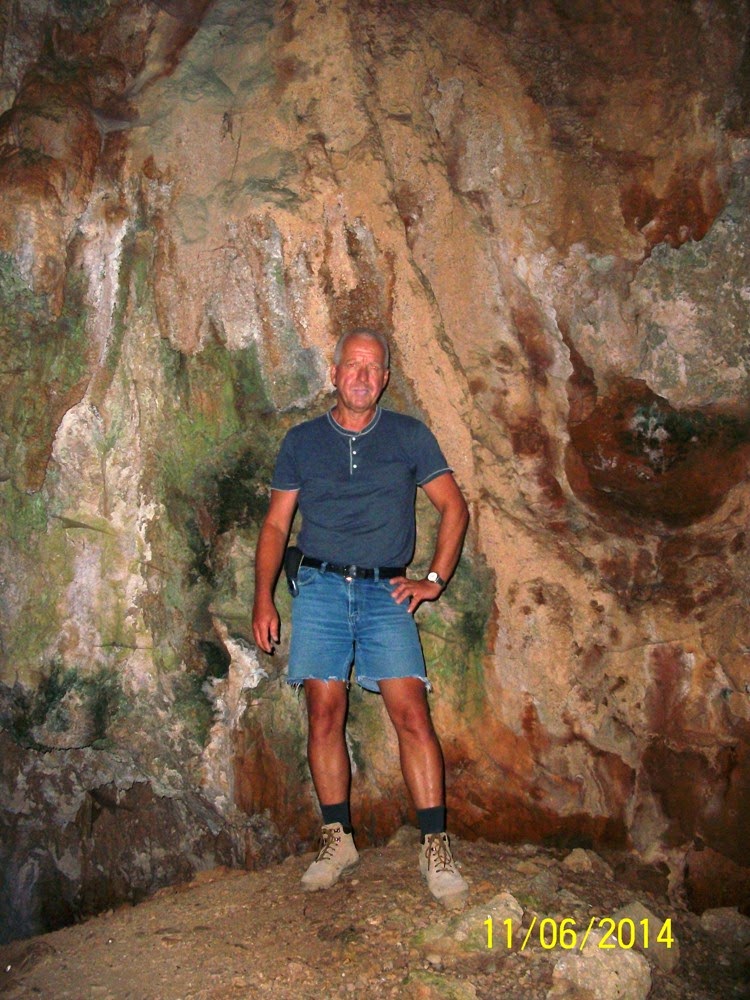 Thereafter the country got wilder and incredibly beautiful. 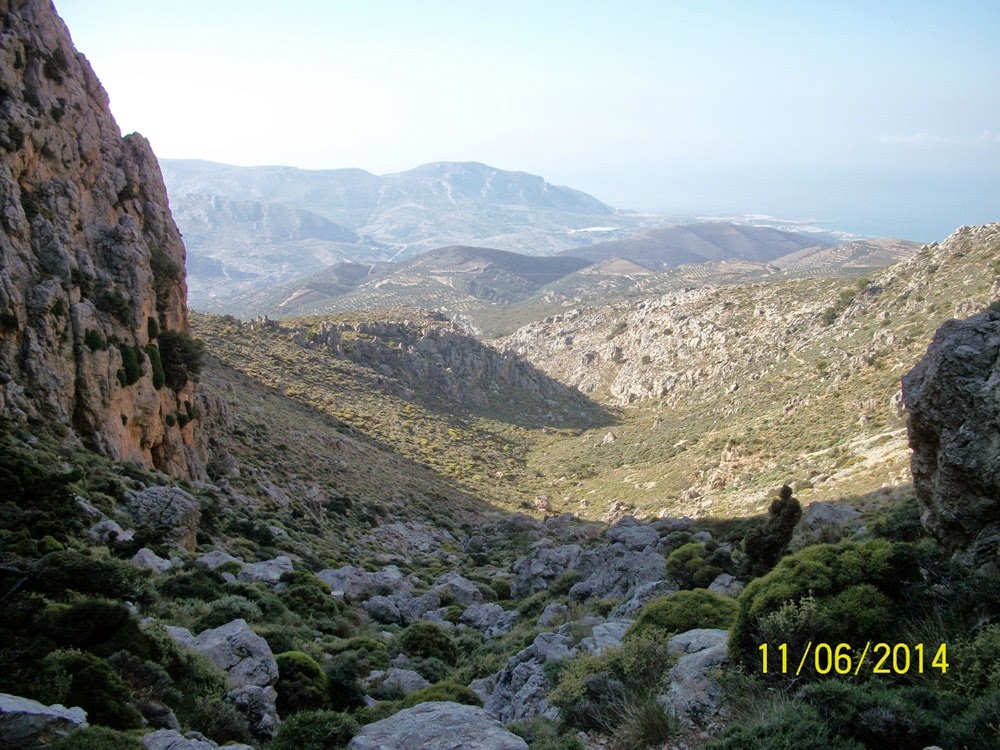 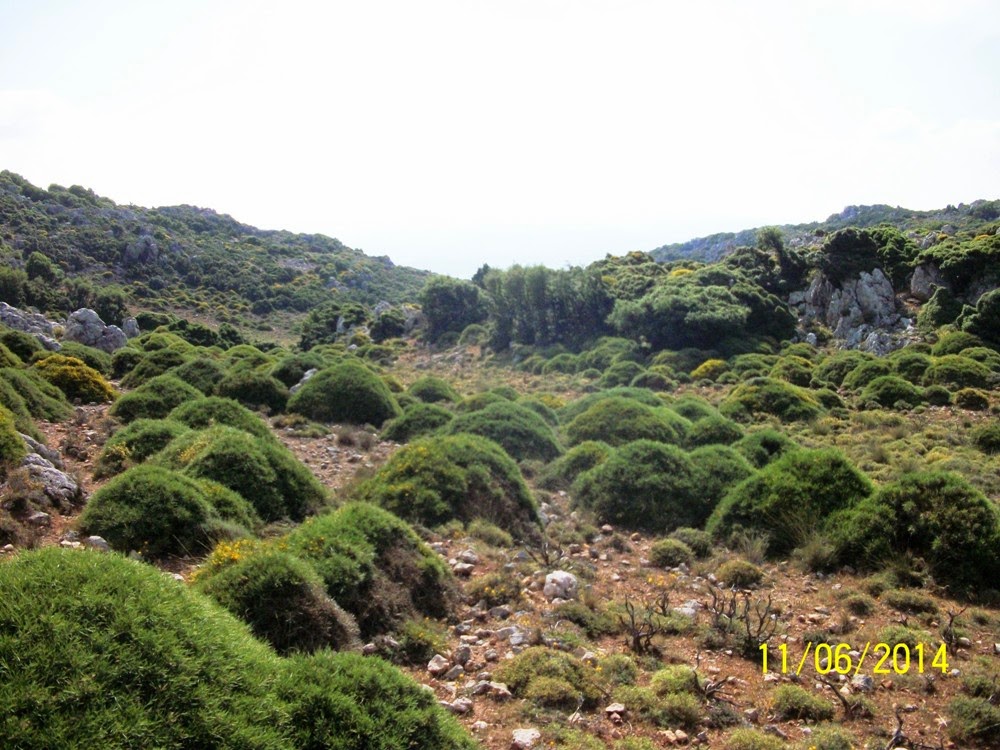 Here’s that church viewed from above on the other side – the white speck on top of that distant peak: 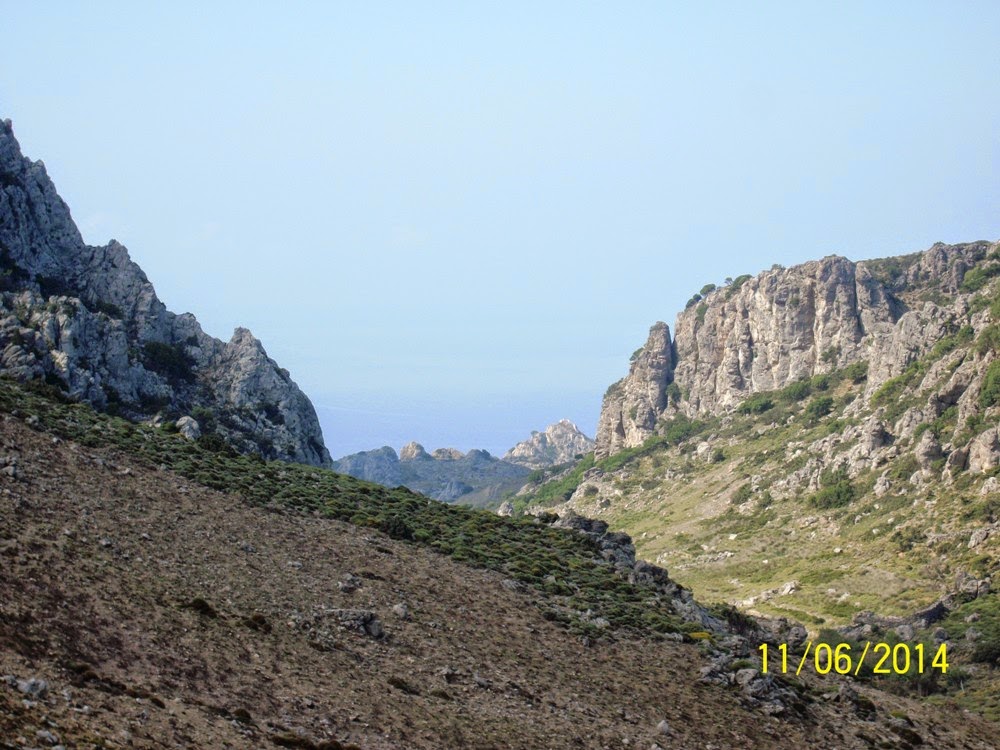 Here are Brian (with the hat) and Chris. 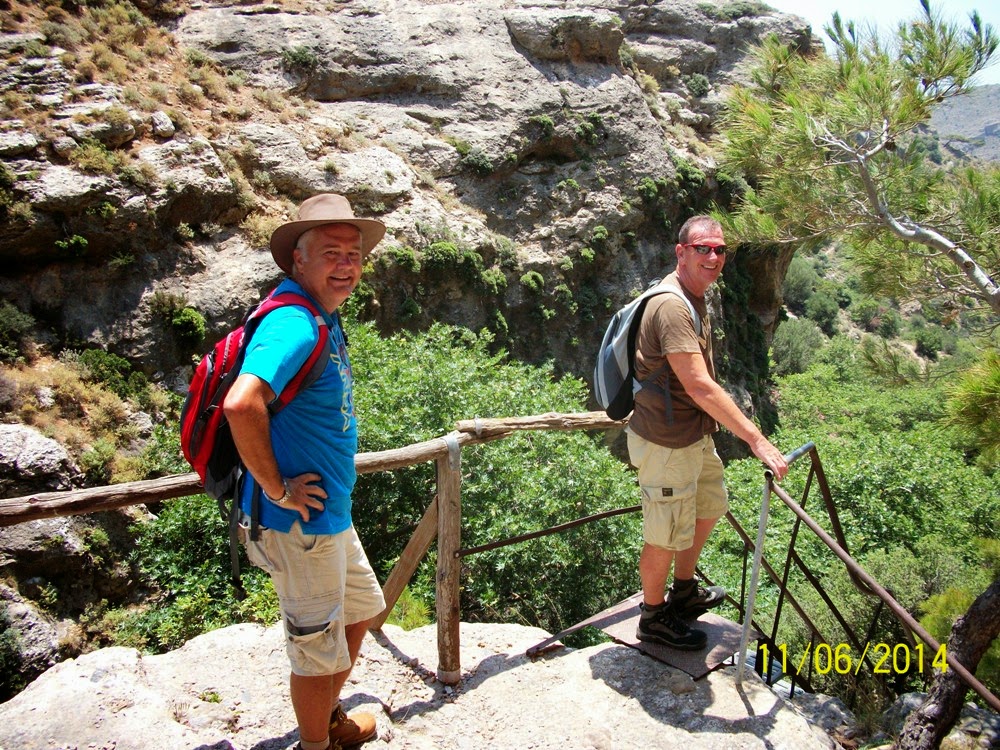 We negotiated a couple of gorges. Here’s just a few views – got loads and every one is a postcard. 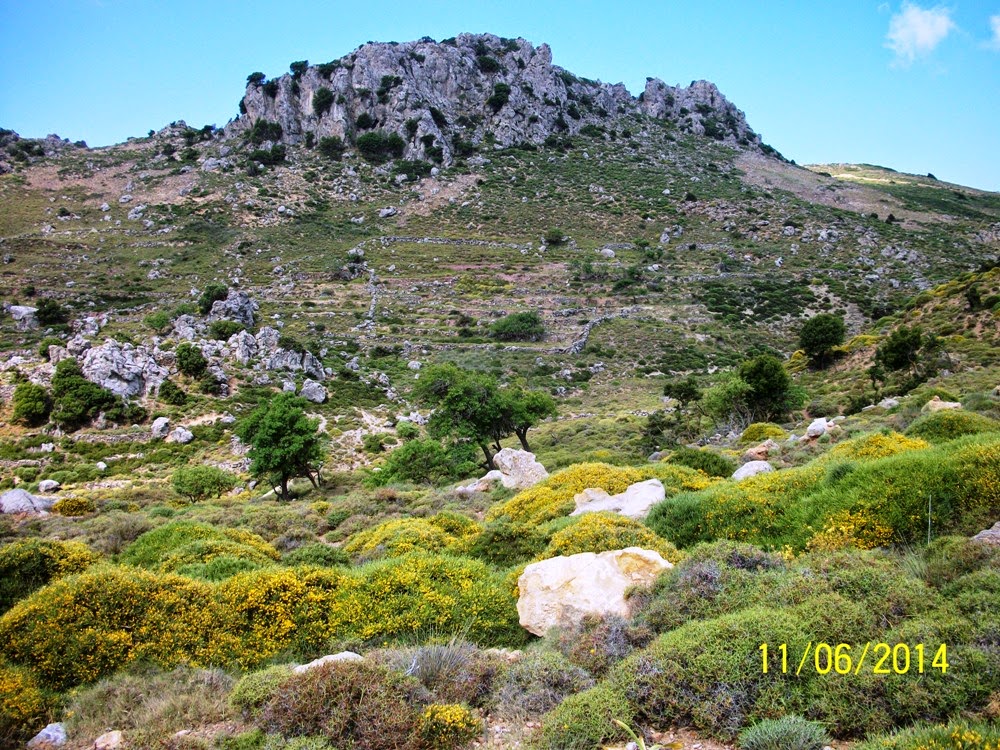 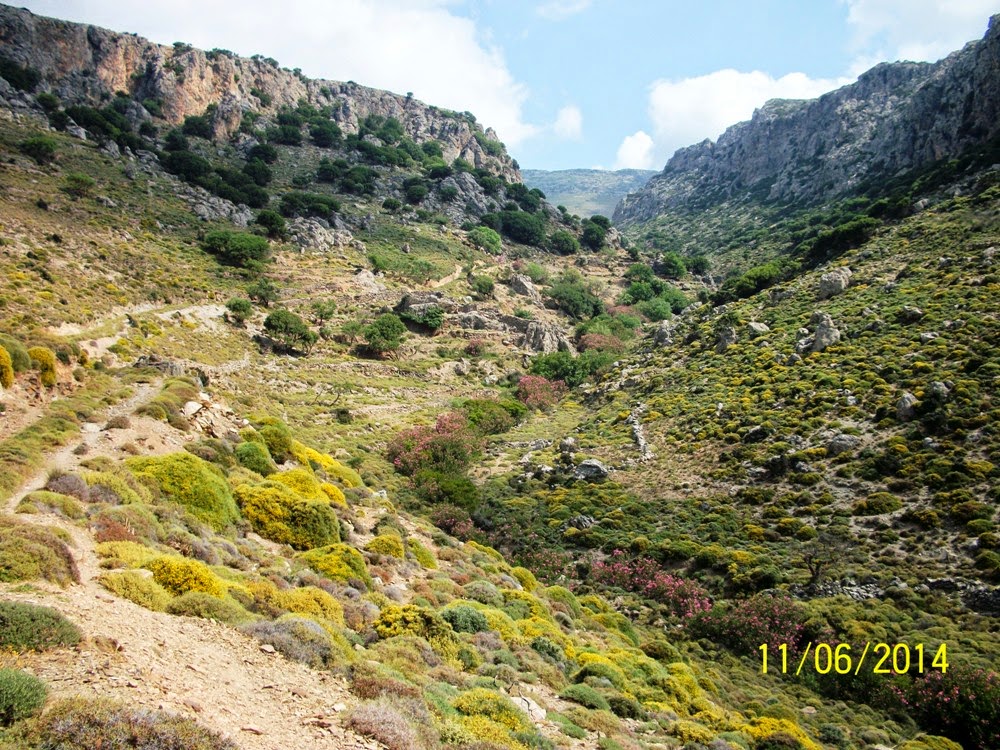 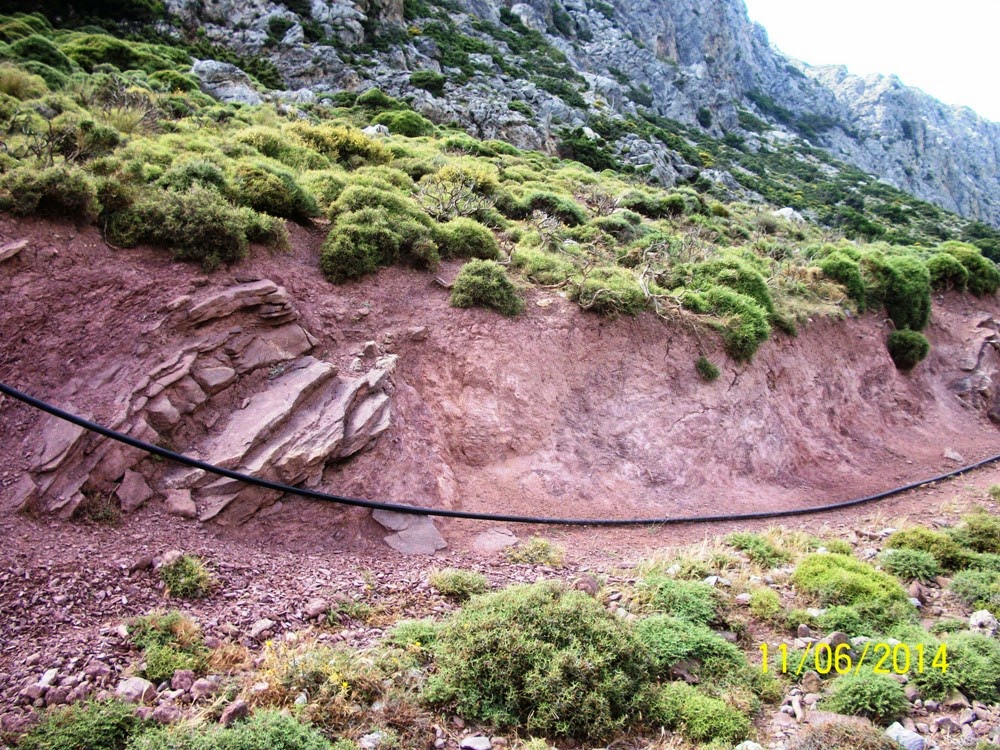 While we were walking I was ever on the lookout for a plant called dictamus. This is the Cretan tea that is supposed to be a universal panacea. I’ve just been told by a guy called Martin, who is painting my house, that young Cretan men used to prove their manhood by climbing to remote spots to collect the stuff. I’ve also heard that people have been killed while collecting it. Anyway, I think the silvery stuff you see here in this ruined village is the real deal, but I’ve been wrong before so don’t take my word for it. 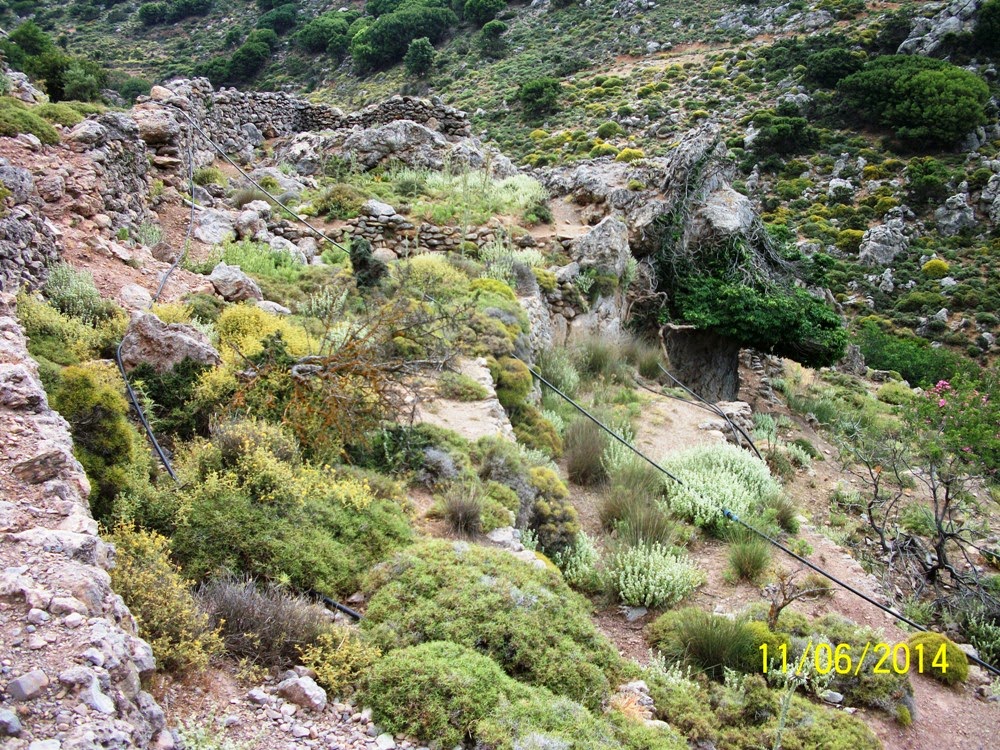 While we were walking, I kept checking my pedometer. Chris had told me that the walk would be about 15 kilometres, so about 9 miles. This is about what I’ve been walking up behind my house, but not on this kind of terrain.

I forgot to check the distance but, after a number of hours, we arrived at the village of Pefki where refreshments were in order. 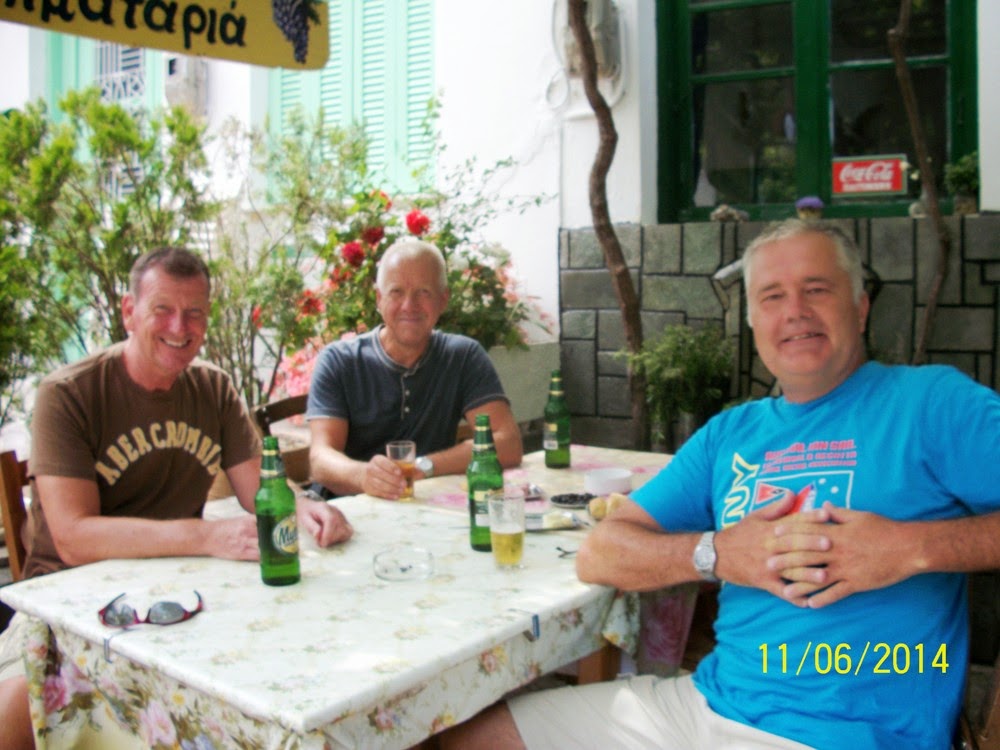 After Pefki we walked down Pefki Gorge to Makrigialos with the temperature steadily rising all the way down. Up in the mountains it was cool. Prior to this walk I was worried that I might get overheated walking ‘down there’. What a prat. This walk was mostly ‘up there’ compared to where I walk behind Papagianades. 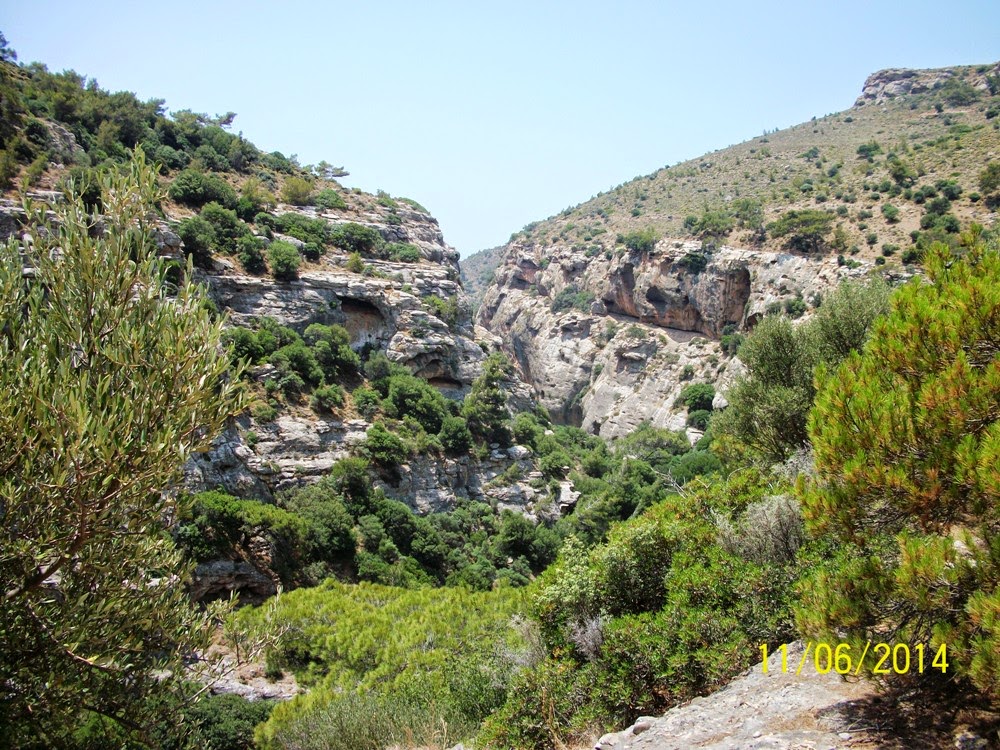 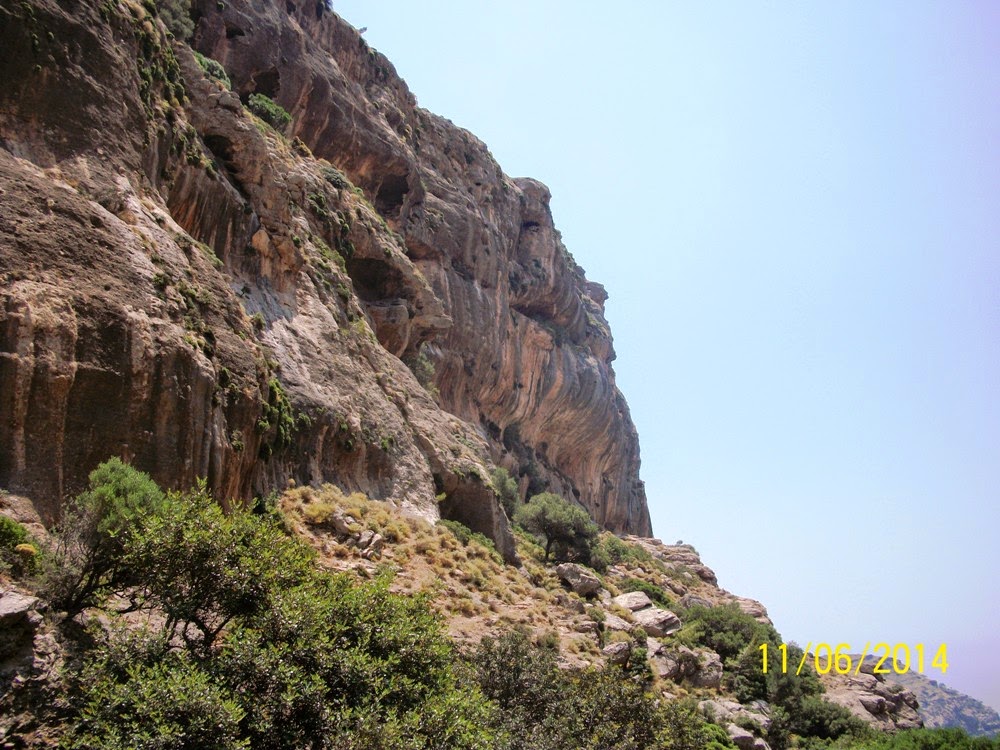 Finally arriving back in Makrigialos I went for a much needed swim. My pedometer read 10.3 miles. The things aren’t that accurate so it could have been less could have been more, but it was certainly one hell of a walk. Two days later now and I can still feel lead shot in my calf muscles.

Thanks Chris, Brian and Margaret.