Skip to content
Wow, I actually slept for 9 hours last night which, even under normal circumstances is a lot, but lately is more than half again my usual. It took me a while to get functional so I didn’t head off for my walk until 9.30. This time I went up to the turbines on the mountain behind, turned left to walk along beside them, then continued where I normally turn off for Handras. 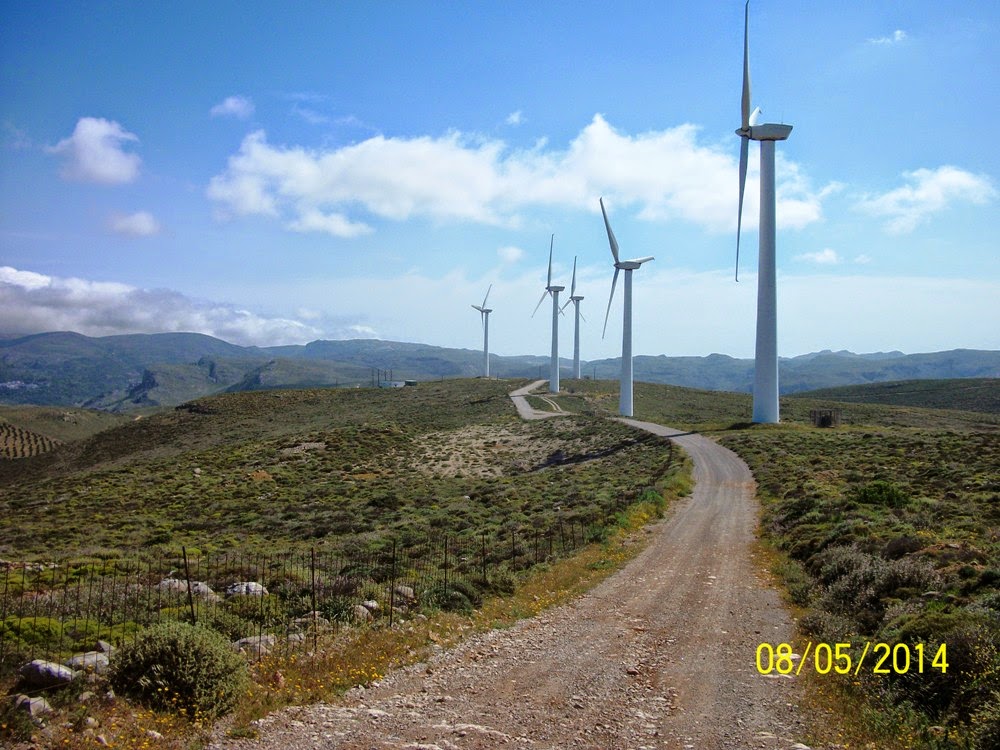 It was a short extra bit to the walk because the track only continued for the remaining two turbines then stopped, so I turned round and headed back along my usual route. Still, 7 miles walked. 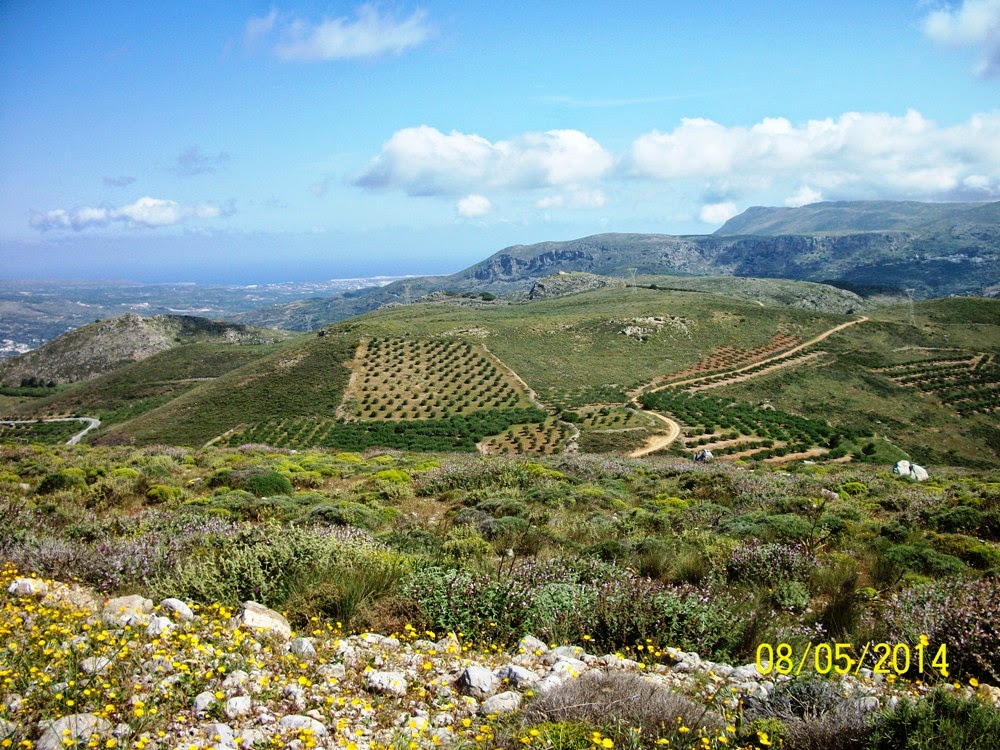 While up on the mountain I noticed some thistles coming up that must be a close relative to the artichoke plant. I have to wonder about what led people to domesticate this plant. How hungry must you be to try eating a thistle? 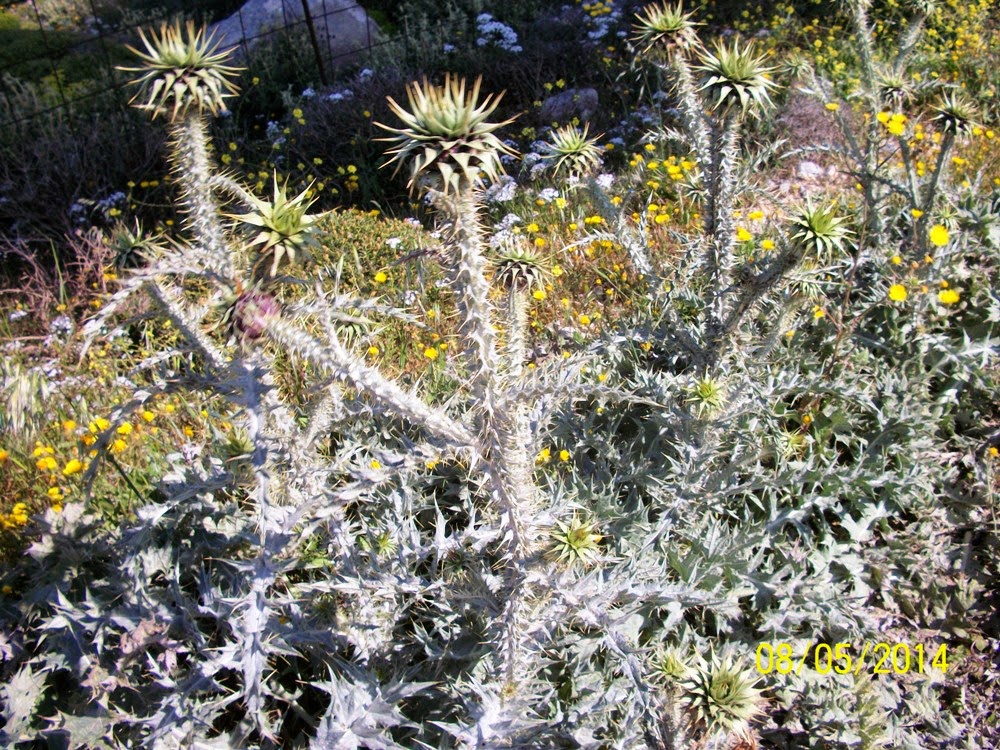 Other plants are zooming up. I am presuming the first here is dill – the fennel which grows here everywhere does not flower until later. The second one is a thorny shrub with red berries and I have no idea what it is. 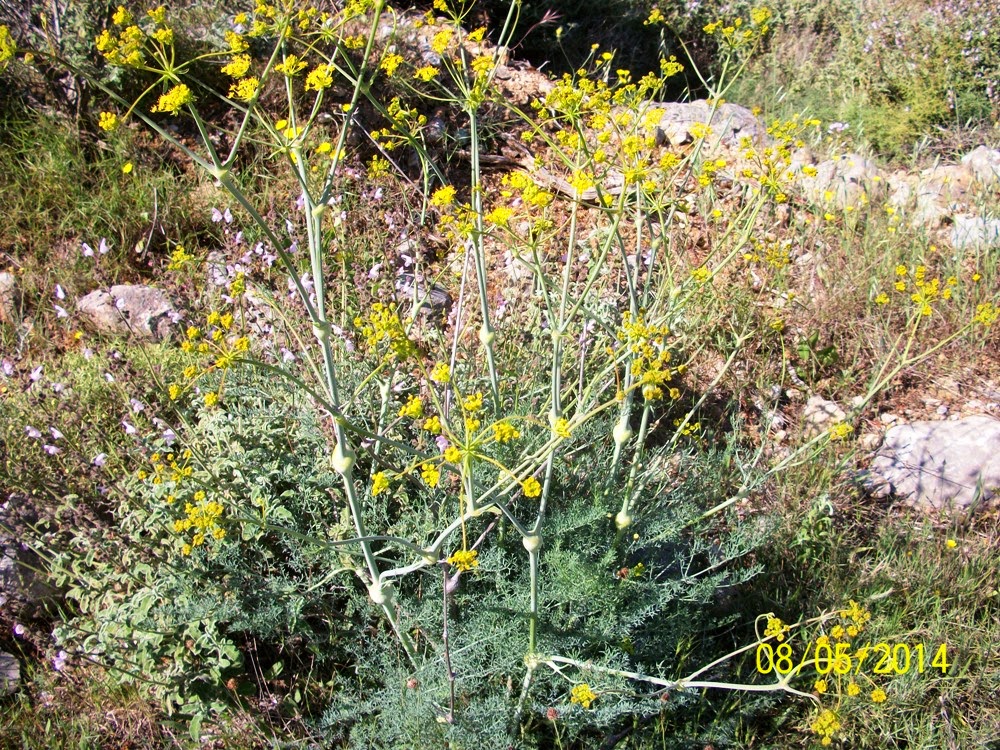 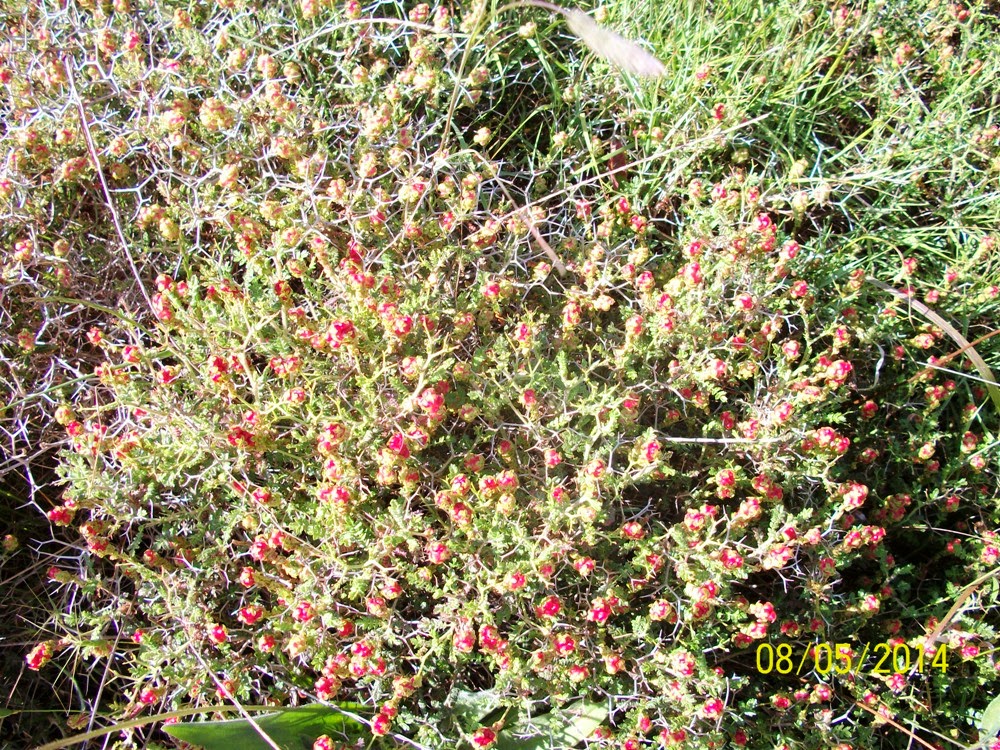 Also spotted on the way back was a series of stumps protruding from a bank. I think they were the stumps of pear trees and it looks like shoots have been grafted on. A strange method has been used. The shoots are held on with inner-tube rubber, the top of the stump covered in a thick layer of mud (I’m guessing the kind of mud they used to use for their roofs here) then a stone put on top. I have to assume it works very well. Tim and Helen, in Armeni have a tree that produces cherry plums, but the tree is forked and one branch produces the plums early in the season while the other does so later. Clever bit of grafting, that. 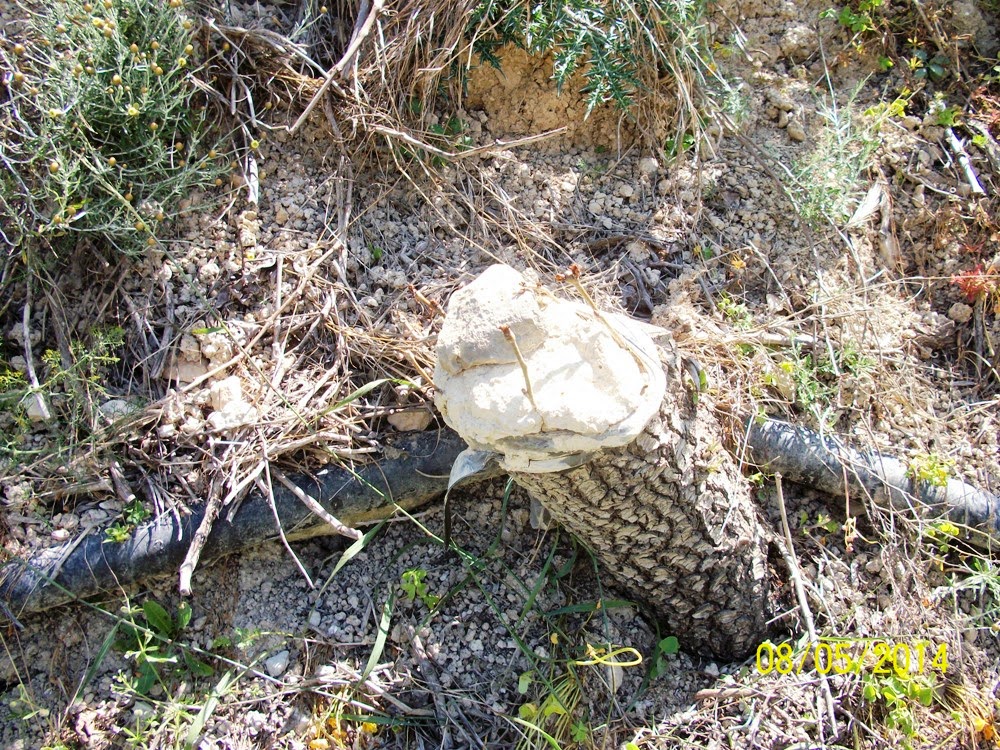 And finally, to answer the question burning in my reader’s minds: the title of this post is so because this is my first ever blog post from inside my house here on Crete. Jean-Pierre, my Belgian neighbour, decided to link his neighbours (Anna and I) to his internet connection. I now have a long network cable snaking through my house, while another extends overhead for about 30 metres to Anna’s house.
Cheers Jean-Pierre.