Well, things seem to be stirring on the Hollywood front. I’ve just heard from Tim Miller at Blur Studios that one Robert Rodriguez has now optioned the Heavy Metal project and that in so doing he doesn’t get any of the stories/concepts/art previously submitted. This unfortunately means that you won’t be seeing a total of five of my short stories animated for the big screen. However, along with this bad news came the good, and it seems that something might happen with a certain short story called Snow in the Desert. This was, as those of you who have been following this saga might remember, a story of interest to some guy whose name was … damnit, what was it, er, Thomas travel, Tommy Journey? No, I’m sure it had something to do with ships. Cruise?

As I noted in my previous post an LA producer also got in contact with me wanting a chat. Now this may be connected to the above or have nothing to do with it. Since, as I’ve discovered, these things tend to be rather secretive, i.e. say anything about this and we’ll have to have you shot, I’ll try to keep you updated but can’t promise to.

Of course all this is very exciting and leads to some drunken speculation out on our Papagianades terrace of an evening, but I’m not holding my breath. I keep on with the bread-and-butter work of writing the books and trying to keep you guys entertained and, if I get too big-headed, Caroline will certainly find me some sweeping up to do or a toilet to clean.

Monday 8th August
Damn, I had to take a bit of a break from typing from Wednesday last week because of something annoyingly petty: the end of my little finger hurt. It’s some form of RSI from typing I’ve had before which results in the end of a finger hurting quite a lot at a simple touch. ‘Type with your other fingers!’ I hear the cry. No, if I carry on it tends to spread to other fingers. Now I’m attempting to be a bit less heavy handed, which will of course change when I get excited about something I’m writing. Which reminds me: I once actually managed to wear a hole through the space bar of one of those old grey keyboards, so why is it now that they tend to go wrong before I can get anywhere near that stage?

Along with the cicadas and other big insects we’re getting some of the nice big spiders appearing here now. This one, which is about two inches across, has made its home on the side border leading up to the ‘ruin’. The day after I damaged its web with the spray from a hose pipe the line of white glyphs appeared on its web below it. A rough translation runs something like this, ‘Stop breaking my web – I’m eating those noisy buggers for you!’ 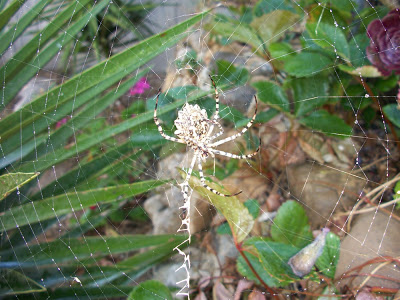 Since the beach is now overrun with holidaying Greeks we went on Sunday to a taverna at a place called Kalo Nero (this means ‘good water’ and, as Stelios told us when he was showing us around, ‘not any more’). Here we have a nice demonstration of the price variations between tourist areas and places more remote. In Makrigialos a half litre carafe of white wine ranges from €4 to €6. Here (and the picture is of the view) a carafe costs €2.50. Also, in Makrigialos the price of a beer can be €3 whilst in some places in the mountains it can cost as little as €1, along with enough mezes to feed you for a day. 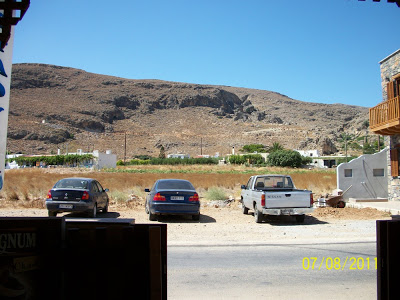 So, with a buggered finger I caught up some of my reading. On Friday I finished off the last book of four by Simon Scarrow telling the stories of Wellington and Napoleon. These are Young Bloods, The Generals, Fire and Sword and Fields of Death, and I heartily recommend them. As I noted before, the battle scenes and descriptions of the campaigning got a bit wearing and repetitive, mainly in the middle two books, but then how many different ways can you describe cannon balls and canister shot ploughing through files of soldiers? I would imagine that in trying to stick to historical fact Scarrow allowed the dry dead prose of the historian to slip into the books. However, these were four massive 600+ word tomes and I read them all, so the above, whilst it had an effect, did not stop me reading. What I also enjoyed was the acquisition of historical knowledge, about the Napoleonic Wars, about the politics, national manoeuvring and attitudes 9like the low regard for human life), about the way technology was developing (the first use of howitzers, for example) and, as always, this sort of stuff gives an insight into the present day. It is of course the usual insight of ‘technology advances whilst humans are as bad as they’ve always been’ or ‘no, the world is not falling apart – this is just business as usual’. 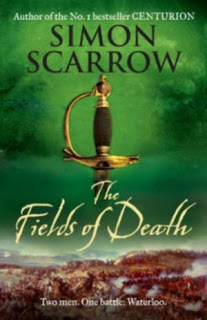 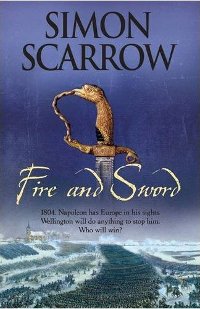 Tuesday 9th August
So, just before my swim to the harbour I noted a large boat moored outside the harbour, just beyond the buoys marking the dividing line between the swimmers and the jet skis. As I set out the water was clear enough for me to see the frappe cups and plastic water bottles on the bottom. About halfway to the harbour I noted slews of a pink substance floating just below the surface and thought that might be something I’d seen before: masses of globular objects that had to be eggs of some kind. At the harbour I turned round and swam back, momentarily encountering what I briefly thought was a jelly fish but turned out to be a plastic bag, which is why so many jelly-fish eating turtles are dying with guts packed with plastic. After a relax on the beach, reading the Hyperion omnibus by Dan Simmons and then having to put it down before suffering RSI, I went for another swim with my new mask and snorkel. There wasn’t much to see, unless you enjoy drifts of coffee stirrers, fragments of plastic sheeting and the occasional dilapidated tennis ball. I then noted more of that pink stuff, along with something else floating near the surface. This other object, this brown lump, changed my earlier assessment of what that pink stuff was. Andrex, probably. I’m guessing the people on that boat are flushing their toilet straight into the sea. Nice of them.

But of course turds and toilet paper swiftly come apart and rot down in the ocean so, apart from inclining me to scrub really hard in the shower and wash out my mouth repeatedly, these are nowhere near as much of a problem as all that plastic out there. The environmentalists should be focusing on stuff like that, which is one of the many reasons why I get so angry with their present preoccupations, like their insistence on the need to build bird choppers (American whooping crane anyone?), or their delight in the closing down of nuclear power stations in countries that last saw big earthquakes and tsunamis when Noah was wishing he’d left out the woodpeckers. And of course, I utterly despise their need to get rid of a gas that is a plant food and which they insist magically causes snow storms whilst also frying us in our beds, despite the fact that the main thing to track the rise in quantity of that gas in our atmosphere is the number of luxury cars being hired at climate change conferences.

With these riots going on in London, Teresa May tells us, ‘The police need the help and support of the local community,’ which is the usual politician-speak urban-elite claptrap. Well, here is the result of decades of ‘sensitive’ urban policing, irresponsible parents, a complete lack of punishment for criminals, political manipulation of the police, HSE bollocks, and cops being employed and promoted on the basis of gender, racial equality, their political correctness and ability to fill in reports, rather on them being over six feet tall and capable of collaring thugs. What the police need, Teresa, is to grow a set. Perhaps what we could do with is a few less diversity-trained ethnic outreach community relations officers, and a few more fifteen stone hairy bastards who know how to use a truncheon.

Ach, enough of that.

Having finished the Scarrow Napoleonic War books I then picked up Col Buchanan’s Stands a Shadow, kindly sent to me by Julie Crisp at Macmillan. On the back of the dust jacket is a quote that runs ‘Two pages into Farlander (the previous book) I was hooked … I’ll certainly be reading the next book, for I have a feeling it’s going to be even better. Nice one Mr Buchanan’ by a guy called Neal Asher. So was this even better? I didn’t find myself being immediately hooked for any of a number of reasons: my hangover was getting in the way, because I couldn’t remember the story of the previous book, or because the prose seemed laboured to begin with. Really I should have read Farlander again before going onto this. Another thing that kept pulling me up was the odd chemistry of the ‘black powder’ here, and in one case a confusion between grape and chain shot (but then would anyone who had not just read four books on the Napoleonic Wars notice?) Anyway, I did get hooked later on and ended up finishing this at about 2.00 in the morning. My overall impression was that this wasn’t as ‘clean’ as Farlander – maybe suffering from a touch of mid-series syndrome – but it was as vivid and believable and a damned sight better than a lot of the lauded fantasy books out there, and I’ll certainly be reading the next one.