Skip to content
It’s getting colder and wetter here on Crete and I’ve been doing less of the Kayaking or swimming that kept me occupied in previous months. I know, of course, that many reading this will say, ‘Well get fucking writing then!’ I will, but I simply cannot engage with it yet. As I’ve mentioned before, you have to care. 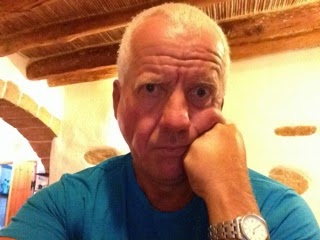 So anyway, Kostis, the barman at Revans who wears a T-shirt for which he should be beheaded on the front steps of the nearest library, seems to have a love of the superheroes. 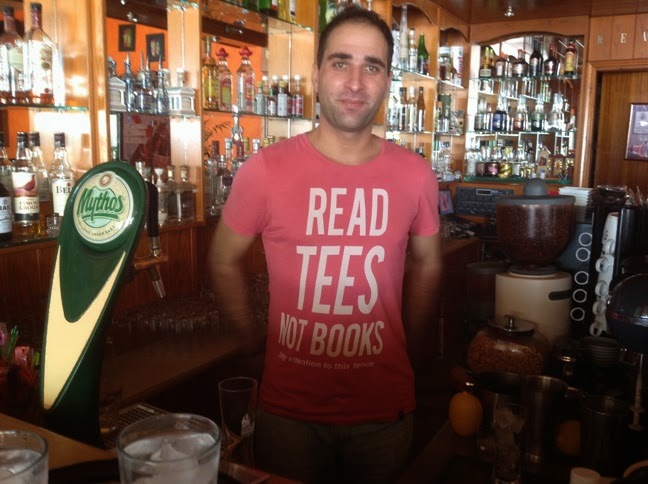 Often he’ll wear another T-shirt with the logo of one of these guys and declare, ‘I am Batman today,’ or ‘I am Spiderman and I will collect the empty glasses with my web!’ Mad as a box of frogs. Anyway, I’ve taken a liking to freddo cappuccinos of late and these will often have decorations in cinnamon on top of the frothy milk. In Revans the decoration is simply a heart. Only later did I learn this is because that is the stencil they have in the barrista device they use to put on the cinnamon. 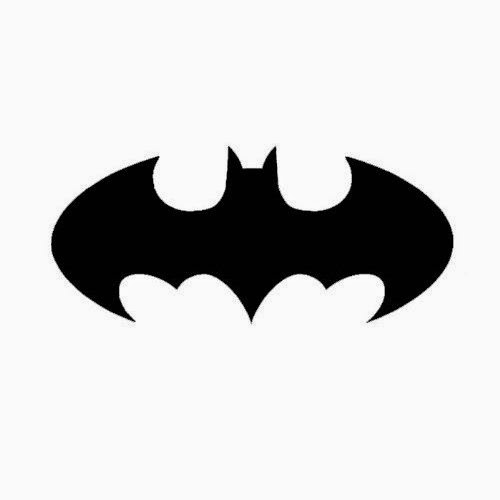 At one point I said to Kostis, ‘You really need to have the Batman bat as a decoration.’ A week or so back, perhaps a little reluctant to go out on the kayak because of the lack of blazing sun, I got a picture of that bat up on my Ipad, drew it on a piece of cardboard and made a cut-out. This sort of worked, but not very well. 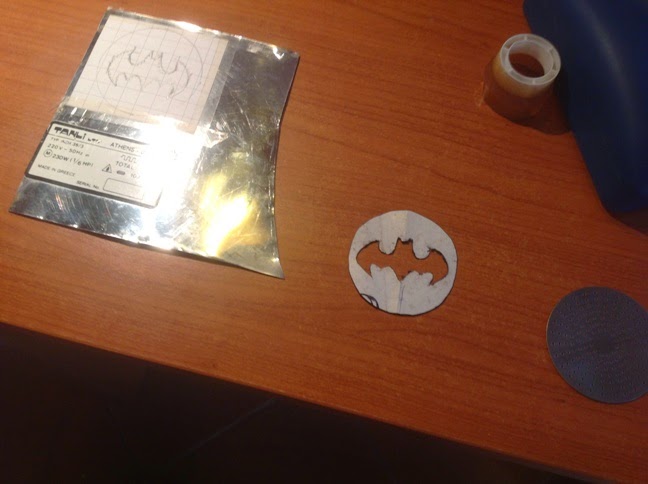 Next I was shown the stencil for the heart and the sprinkler device it fitted in. I took my cardboard cut-out home and used this as the basis of a stencil made out of the lid of a face cream pot. This Kostis and Yorgos tried out, but the holes clogged almost at once. I realised that the plastic was too thick and thought about some stainless steel I had at home. I took the plastic stencil home, redrew the bat from that on graph paper so I could get the proportions equal, then tried to make the stencil out of stainless steel. Failure. The stainless was too hard and the Dremel drill I was using was blunt after about four holes. I threw everything in the bin then went down to the sea. 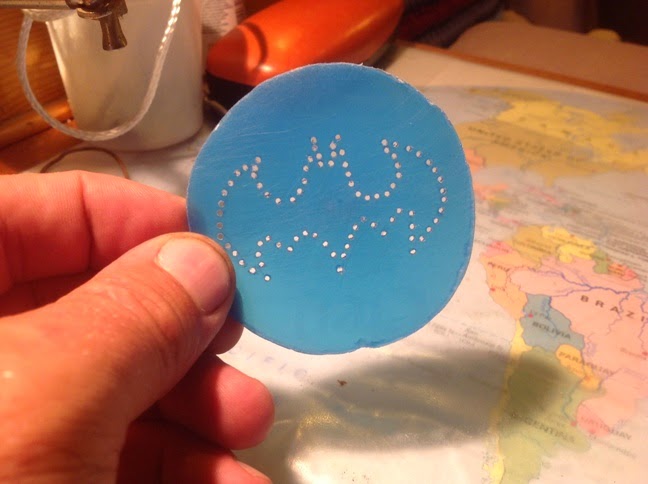 In Makrigialos the sea was too rough for kayaking, or swimming and, after one beer, I was bored. I came back to the house thinking about other materials I might use, took a look in my shed and immediately found a nice thin piece of aluminium, made the bat stencil out of that and took it down a few hours later. One way round the stencil clogged, but the other way round it didn’t. I think this had something to do with the countersinking. 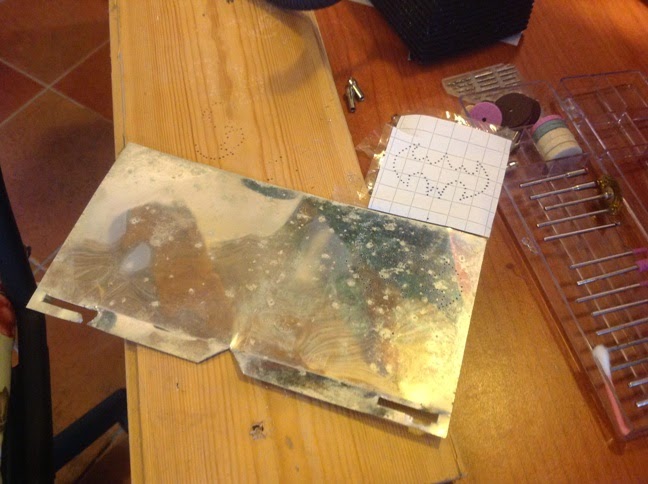 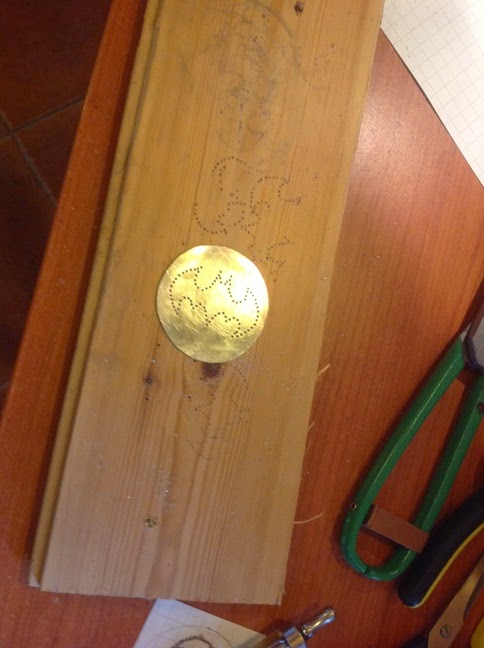 So now, in Revans Bar, you can get a Batman freddo cappuccino. It may be the only one on Crete, or even the whole world! 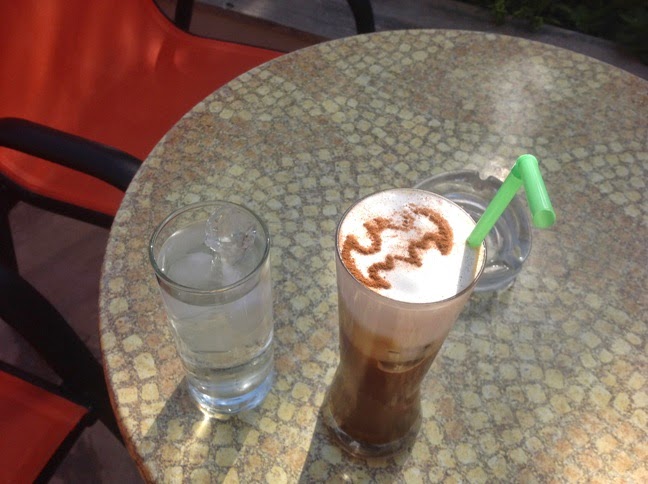 Really, I’ve got to get a life.