Skip to content
At the end of my stay in Crete this year, as on numerous occasions before, it was raki time. This is signalled two or three weeks beforehand by knackered old trucks loaded down with big brown barrels or monolithically stacked up crates of grapes. They make the raki at the end of October and start of November. Unlike what a lot of people seem to think, it is not made out of grape waste – out of what’s left over after the grapes have been pressed for wine – but whole grapes. 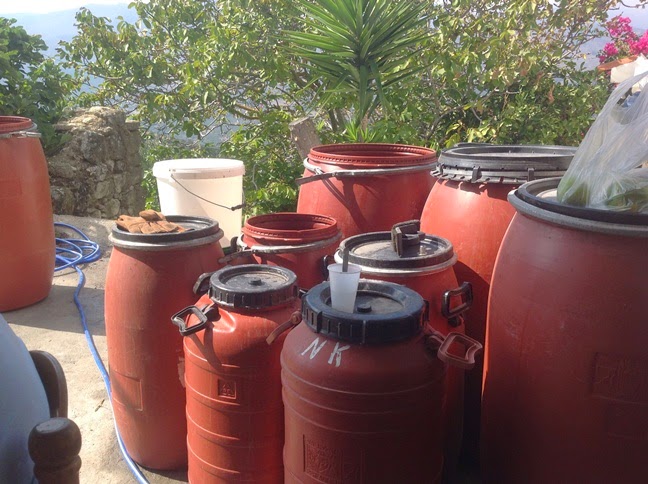 Fermentation is a few weeks. As every wine maker knows that’s when the yeast works hardest and produces the most alcohol. All this stuff with demijohns is just about a little extra alcohol and flavour. The yeast in this case is simply the bloom on the grapes. When you wipe a dull soft fruit and it then becomes shiny what you are wiping off is natural yeast. After this fermentation is complete it is Kazani time. The still is brought out and set up, the fire lit, and the fermented mess poured into the cauldron. 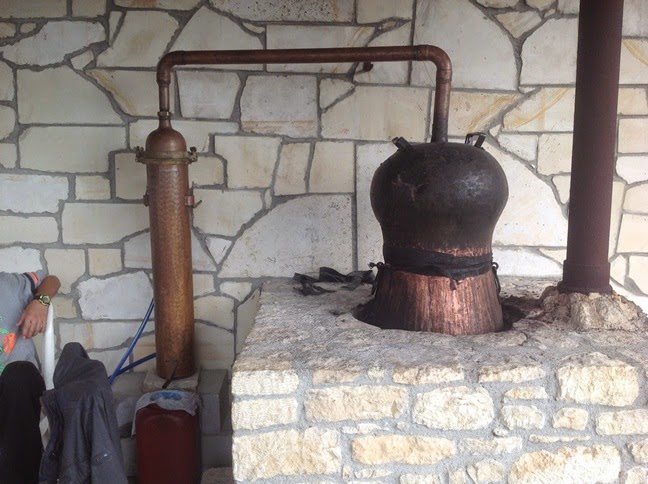 In fact ‘kazani’ is the Greek word for cauldron, but it is also used to name the place where stilling is done and the lengthy boozy barbecues that ensue. 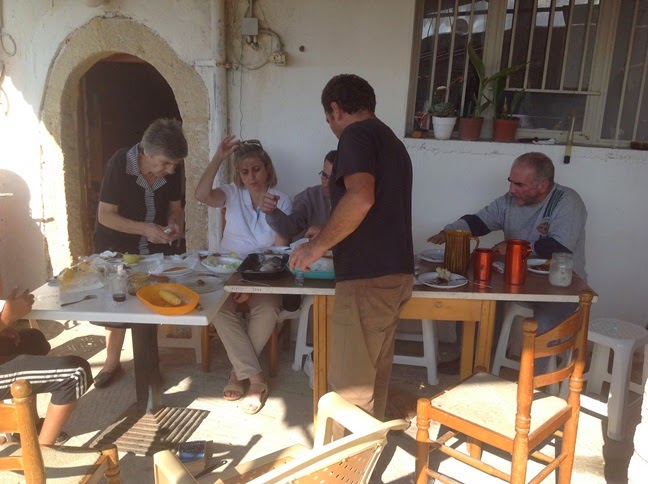 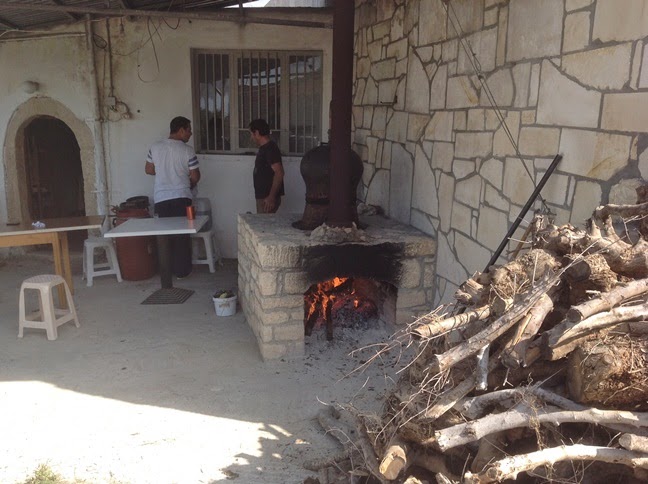 This year Cretans have had trouble getting all the paperwork sorted to start their kazanis as the Greek government, ever greedy for revenue, is moving in on them. Enjoy this video clip of one cycle of the process because it might be something you won’t see in years to come.

As the raki is made and transferred to barrels, hot coals are scooped from the fire for a barbecue. Large quantities of barbecued pork are consumed, along with rabbit, fish, mushrooms, sausage and potatoes baked in the hot coals and so tasty they only need a sprinkle of sea salt. Also consumed is toasted garlic break with oregano on it, raw cabbage with lemon juice and salt, pomegranates, sweetcorn and, here, at the kazani just a staggering distance from my front gate… 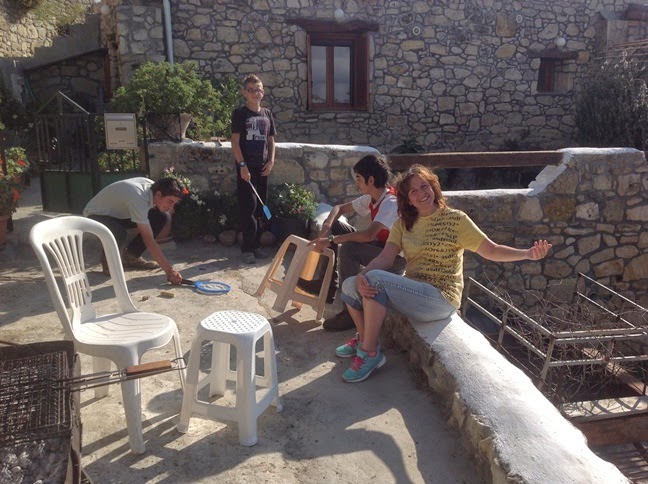 …plenty of my homemade chilli sauce which many of the Greeks attending here have come to enjoy.