This last weekend Pandelis came up to still his raki, with the assistance of Nectarius who owns the kazani next to our house. Being English we worry about being rude and imposing ourselves there, but it’s more the case that not turning up to try some proto raki and eat brisolas, is rude. So, on the Saturday, Pandelis arrived at 8.00AM to start the fire and get to work making raki. 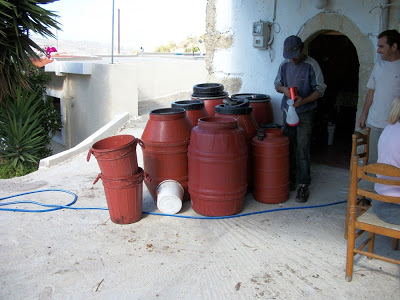 We went down to Makrigialos for breakfast, then on the way back stopped in at the butcher’s and bought two kilos of pork chops. We dropped those off in the kazani building then disappeared into our house for a while, doing a bit of work, whatever. At 3.00 we wandered out whereupon Nectarius stuck some brisolas on the barbecue. We then sat eating barbecued pork, baked potatoes, pomegranites etc and drinking raki. 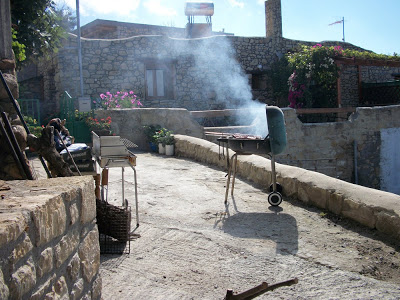 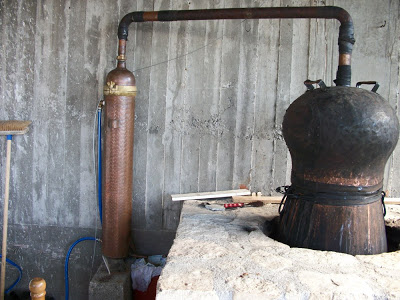 I brought out a jar of my chilli sauce for the Cretans to try with their brisolas and was surprised, despite its heat, how much it was enjoyed. Occasionally we cleared our palates with lemon and salt – as with tequila – and then finally stumbled off to bed at midnight. 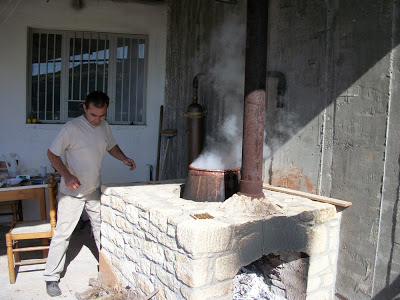 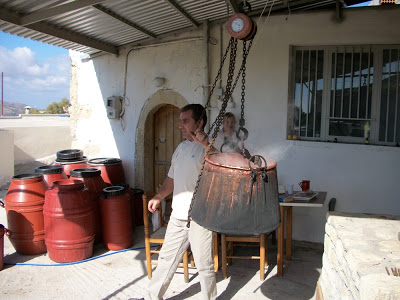 The next day Pandelis arrived at 9.00, looking slightly the worse for wear. I was too, and required large amounts of coffee and water, and some breakfast, before I started to feel human again. A Liverpudlian called Roddy came up to our house at about 1.00 – bringing two kilos of brisolas – and an hour or so after that we again went over to the kazani. The chilli sauce again went down well and I provided quite a few of the Cretans with some plants I had been growing. The local drunk turned up and bartered some sweetcorn for raki, got wiped out fairly quickly – he probably has just a few ounces of liver left – fell asleep in his chair with snot dribbling out of his nose, got up and staggered a few yards to some nearby stone steps and fell asleep on them for a few hours before later getting up and weaving his way down into the village. Pandelis finished doing his raki and left at about 8.00. We stayed there with Nectarius, his wife Eli and his son, and again didn’t get back home until about midnight. 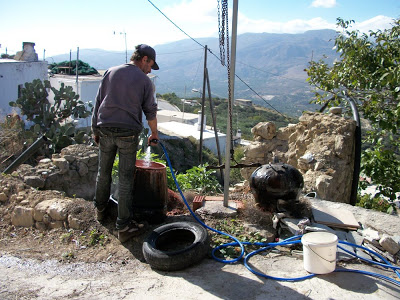 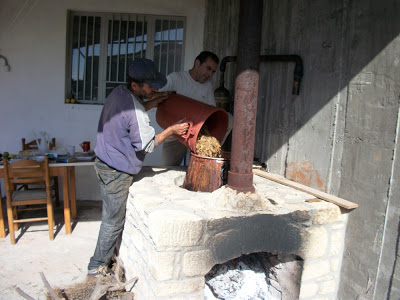 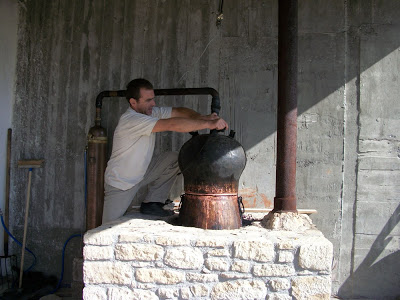 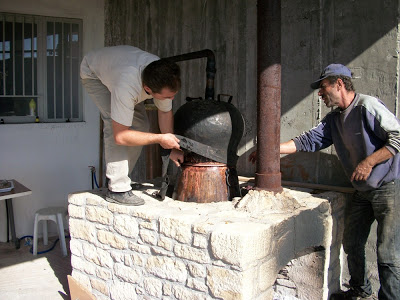 Next weekend Nectarius is making his raki and our attending his compulsory. This next week I’m swearing off the booze in readiness. It is perhaps a good thing that we’re heading back to Britain on November 3rd, since the raki season is only just kicking off. A whole month of kazanis and I’d be the one with the dribbling nose. 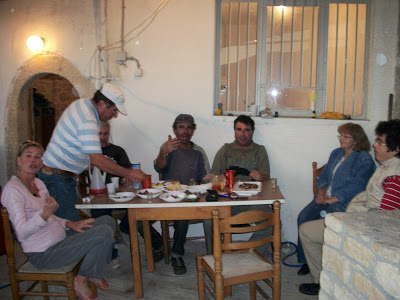