Skip to content
Sunday 20th April
Yesterday I hooked my camera on my belt with the intention of heading up to where I walked the day before to take some pictures I thought might be engaging. These were to be of a wrecked wind turbine blade stored up on the mountain behind, turbine spare parts that look like a collection of items one might see at a NASA museum, and some shots of a particular valley that is becoming increasingly beautiful as everything begins flowering. I therefore headed up the road from my house but rather than take my usual route I left the road early along a path I had discovered on a previous walk. This was a mistake. 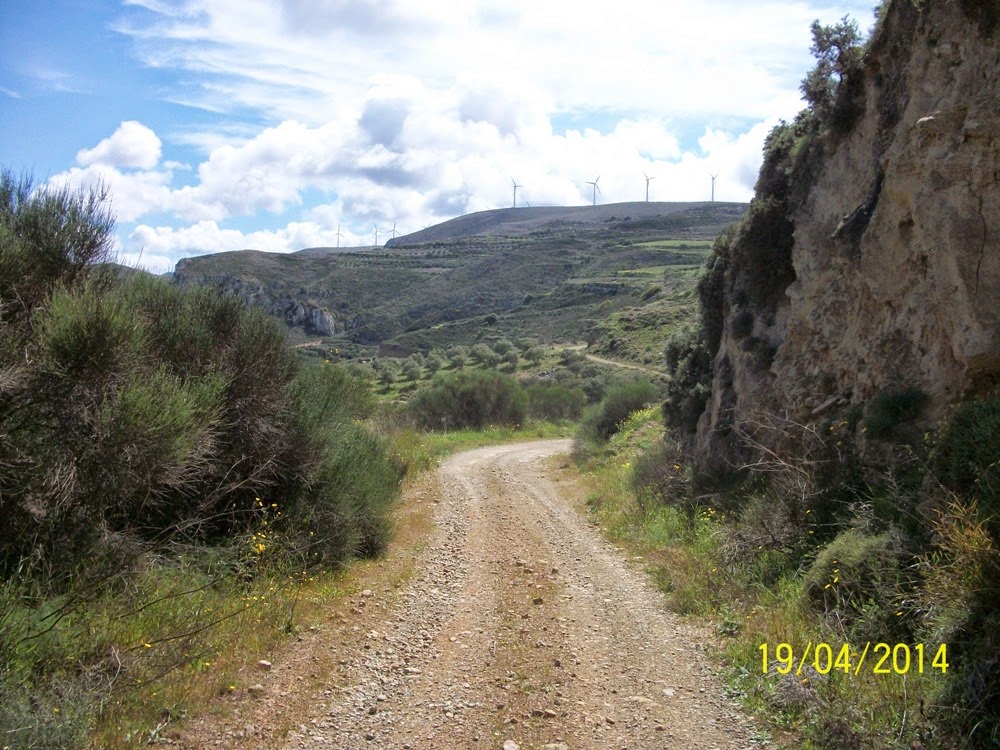 The way I discovered this path was, while on the way back from a long walk, by heading towards a church I thought I recognised as sitting alongside my usual route up onto the ‘wind turbine mountain’. When I passed the church I just couldn’t find my usual route. Perhaps I was distracted by the field of grapevine supports looking like a cemetery of steel crosses lying ahead. Anyway, I kept going, sure I would eventually hit a road I would recognise. Just when I started to feel completely lost I walked up a short concreted slope and found myself on the road just a few hundred metres up from my house. When taking my next walk to the mountain I realised I had crossed my usual route before – I just didn’t recognise it from an unfamiliar perspective. This is precisely what happened when I tried to retrace this newly discovered path. I took a wrong fork and found myself heading opposite to my intended direction, down into a valley. 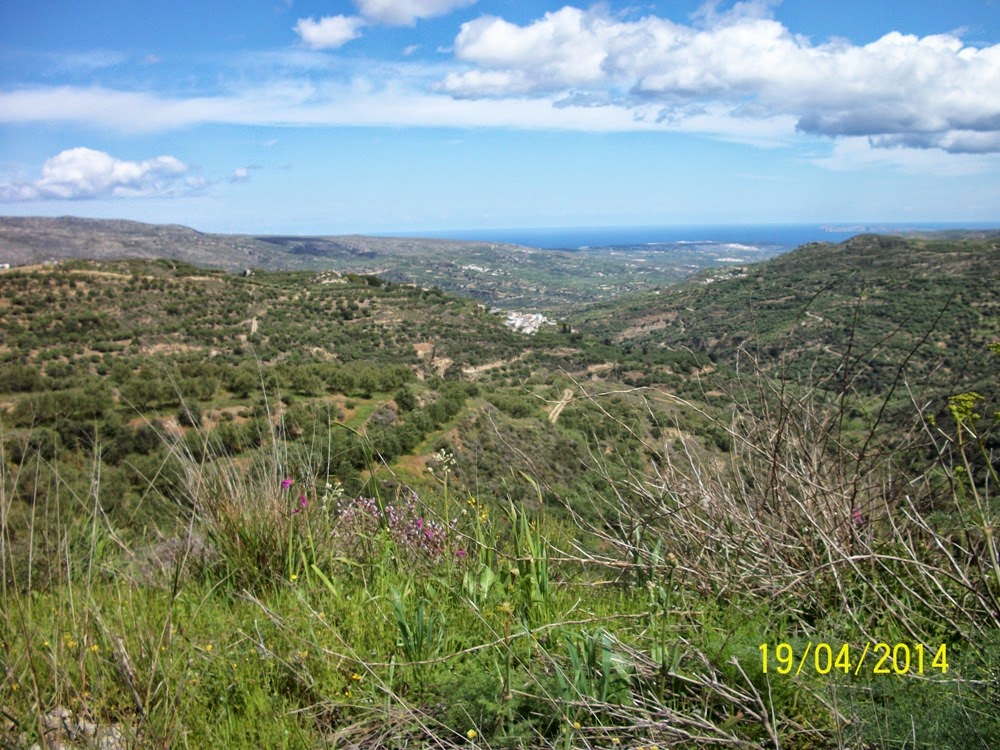 Having realised my mistake I thought what the hell and just kept going. The village of Sklavi lay sort of where I was heading so I thought I’d go there. Deeper down into the valley the weeds got taller and the path kept disappearing. I found myself mountain climbing at one point, and in other places scrambling up through steep terraced olive groves. After about 2 miles of this I came up out of the valley, followed a track I thought might be heading in the right direction, and found myself back where I started next to the road above Papagianades. 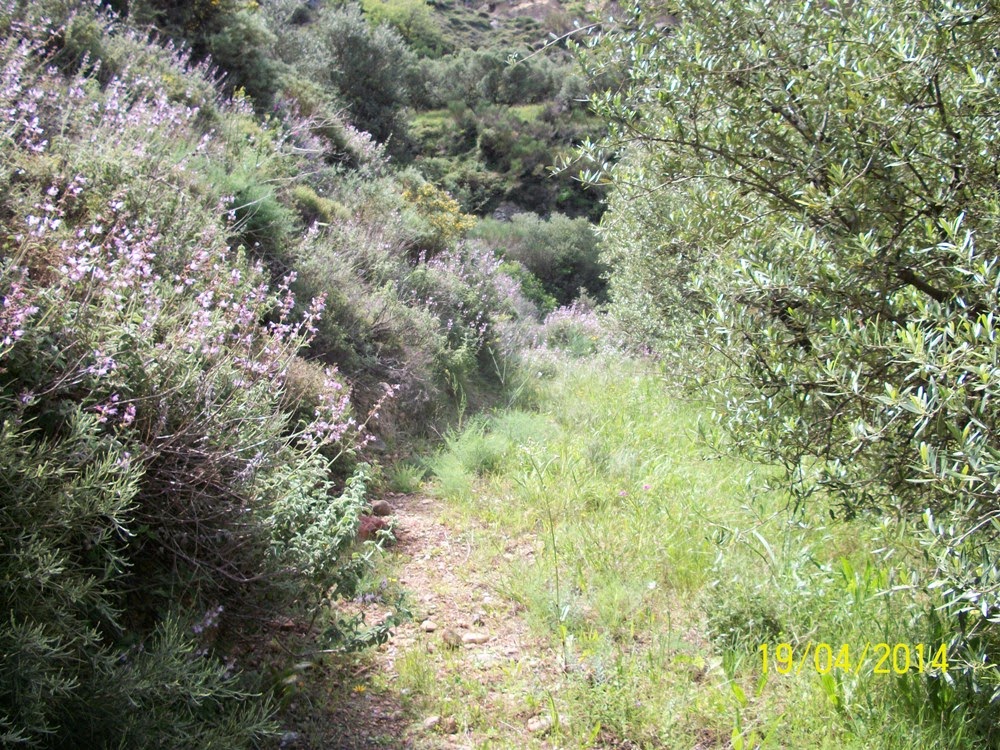 Now somewhat miffed I took another route towards Sklavi. This took me past a house surrounded by a tall security fence from behind which a Rottweiler the size of a pony snarled at me. I accelerated my pace to high-speed casual stroll. After this I again began getting lost. I kept trying to get to Sklavi and finding routes looping away again. It was all like trying to follow a seawall path from one coastal village to another in Essex. Your destination village might be 2 miles away as the crow flies, but the path will take you on a 5-mile meander around the mud flats. 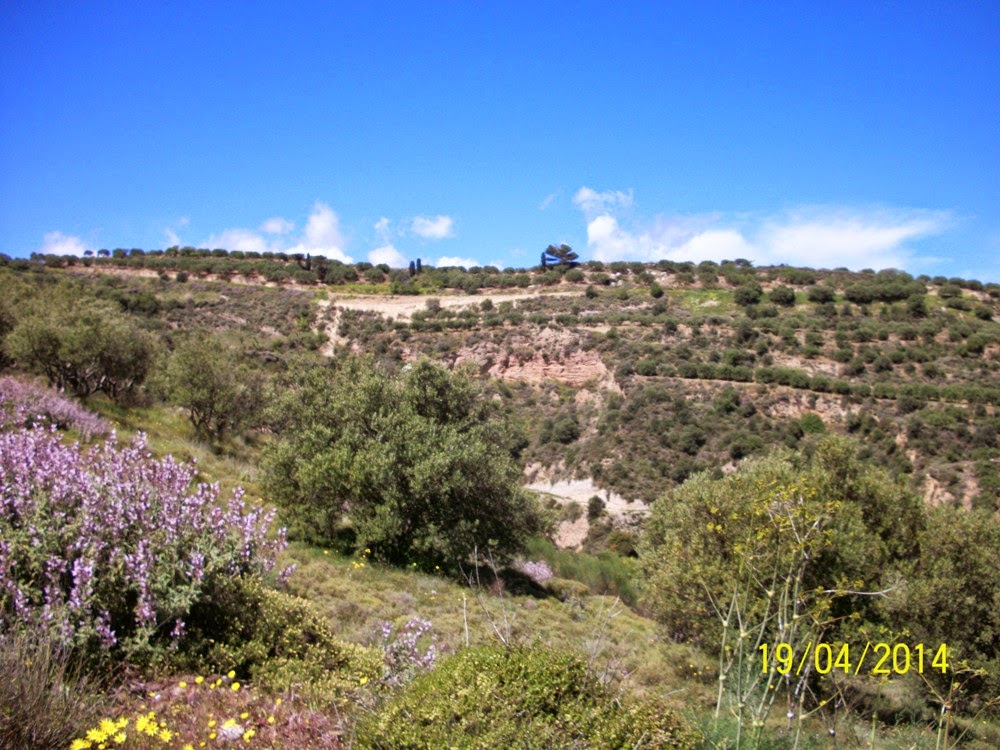 I found myself down in a valley again in the tall weeds with the paths disappearing. I scrambled through more olive groves and at one point wandered through someone’s garden. Eventually I saw the roofs of the village but as seemed usual was on a path taking me away from them. I scrambled through olive groves to find another path, followed this until it simply disappeared into weeds, then I went down through a steep grove, sliding on my heels down eight-foot tall terraces and eventually dropping out on the road above the village. 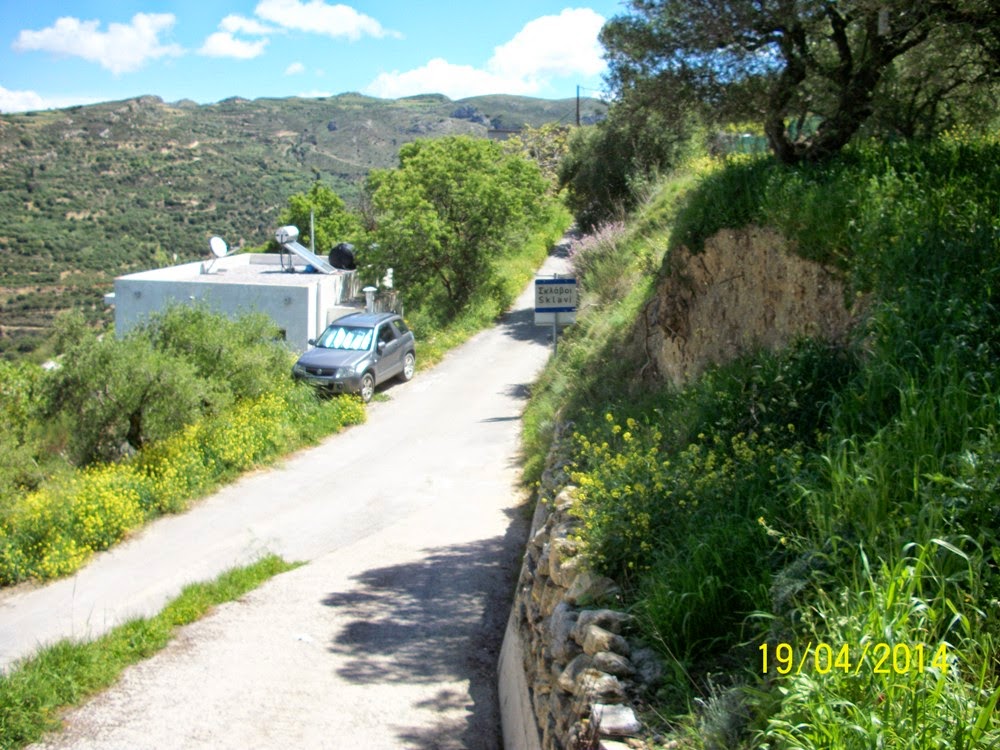 Here are some shots of the village of Sklavi where, incidentally, the first human I saw was a scot who frequents the kafenion in Papagianades. He refuelled me with tea and tried to offload some Greek pastries onto me (old ladies in these villages apparently think men should be as wide as they are tall). 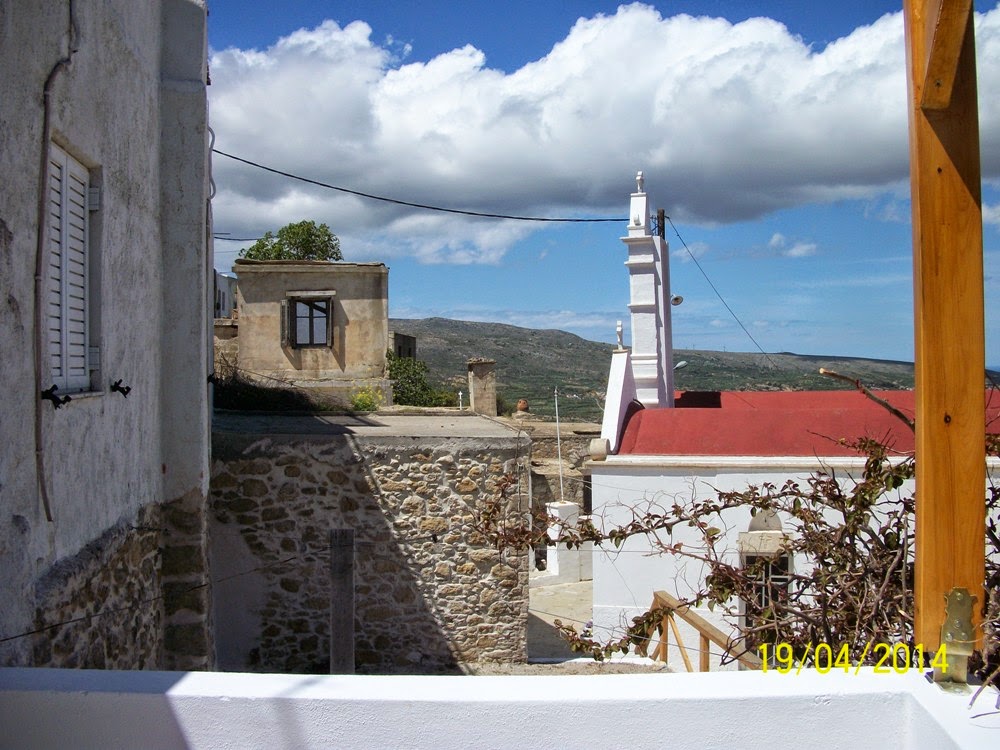 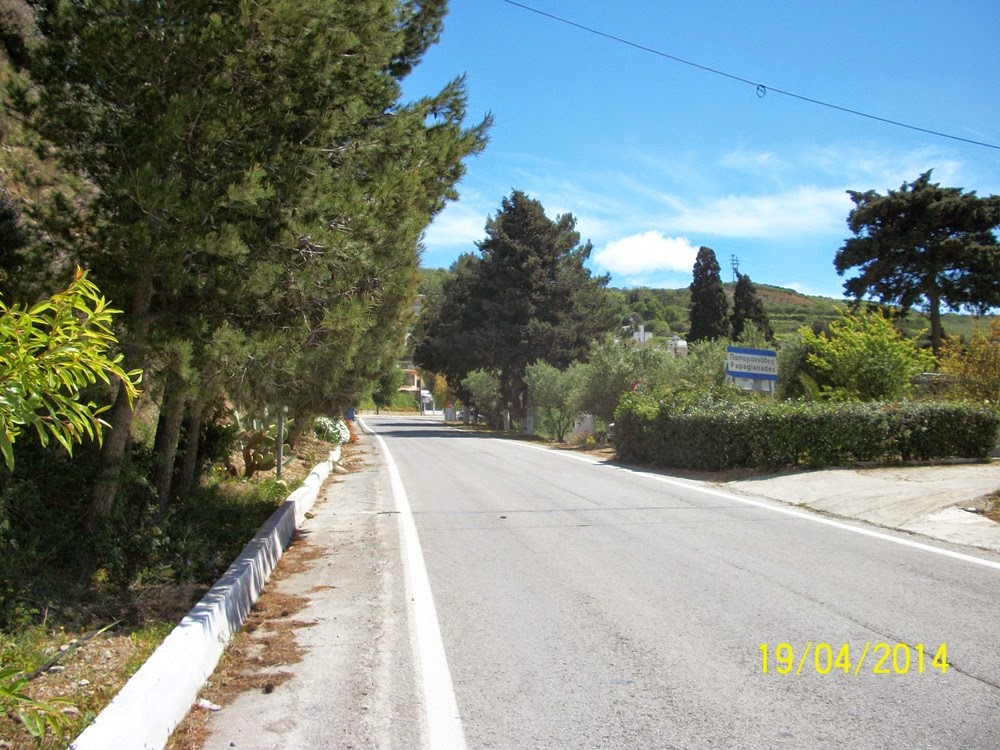 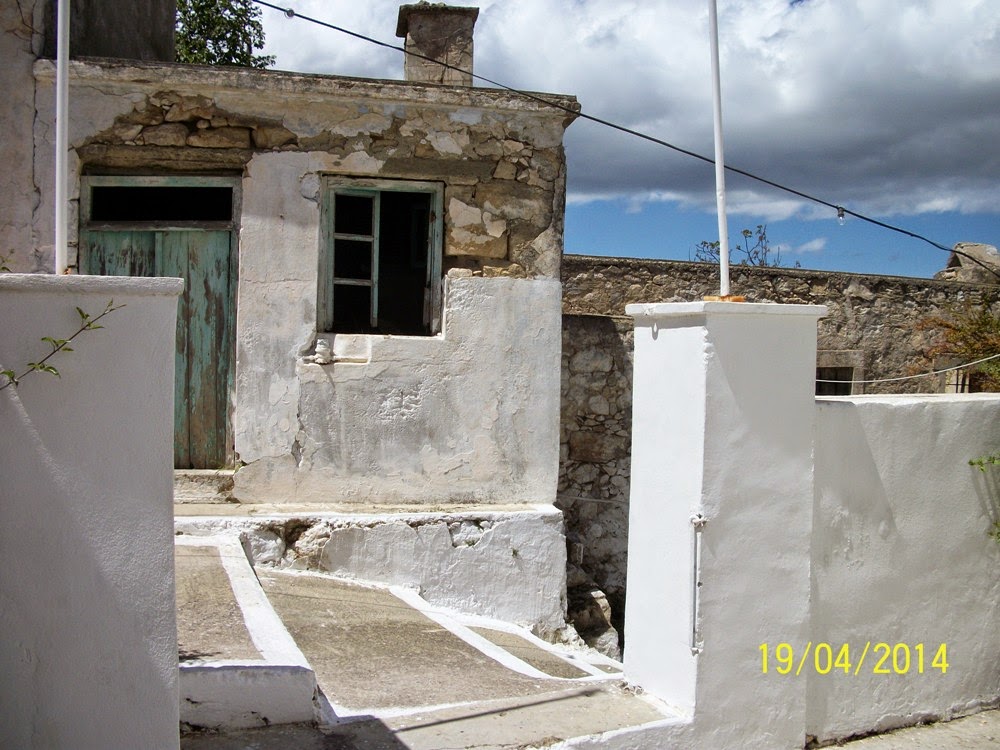 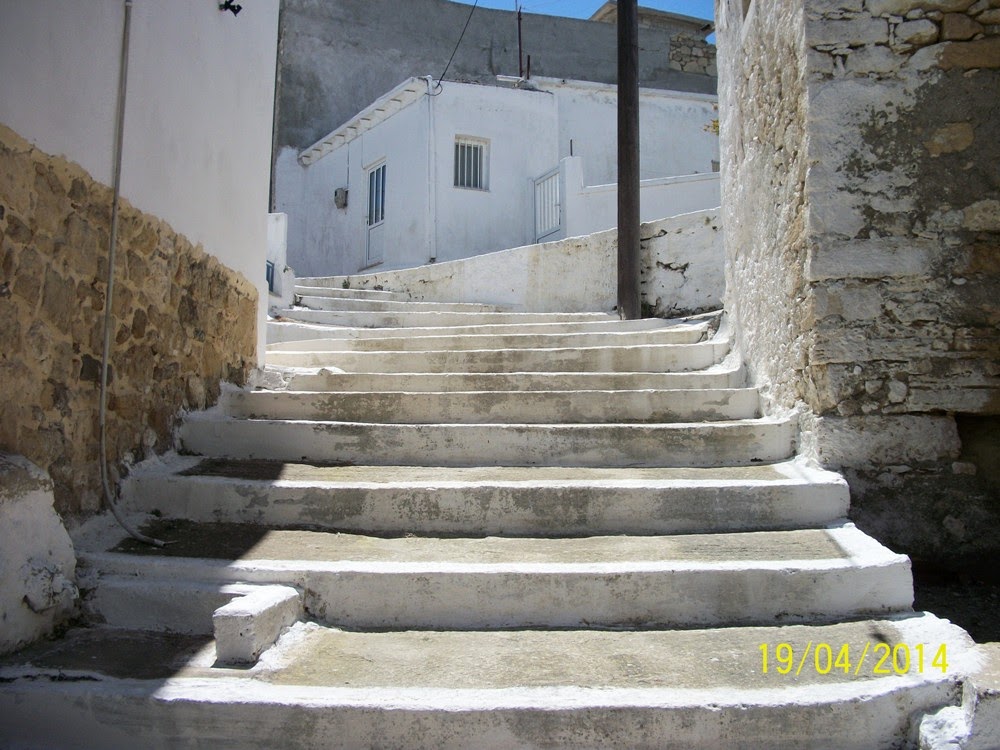 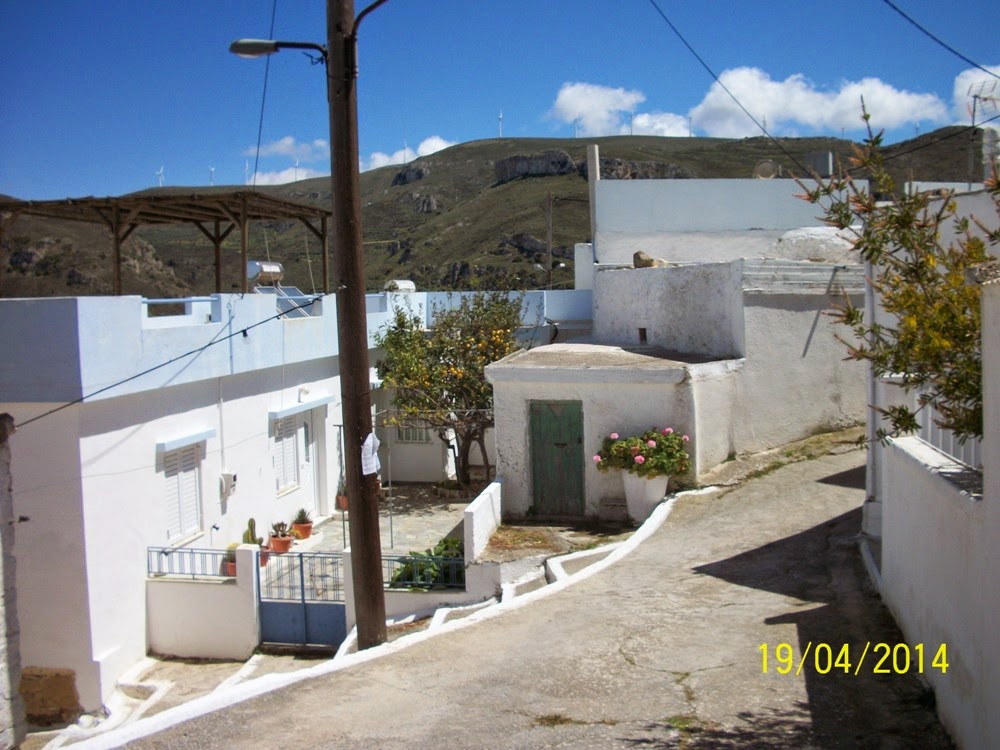 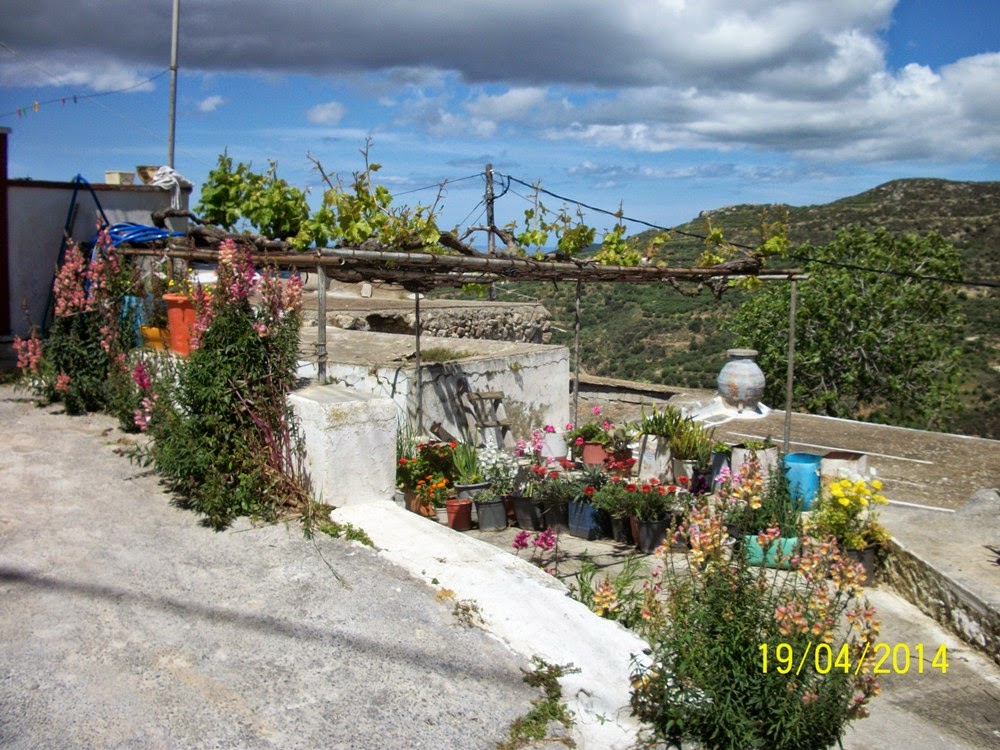 Here are some shots during my walk back to Papagianades (by road) where I finally stopped for a cold bottle of Fix beer. At 5.5 miles this wasn’t my longest walk but with all the off-piste stuff it was as knackering. 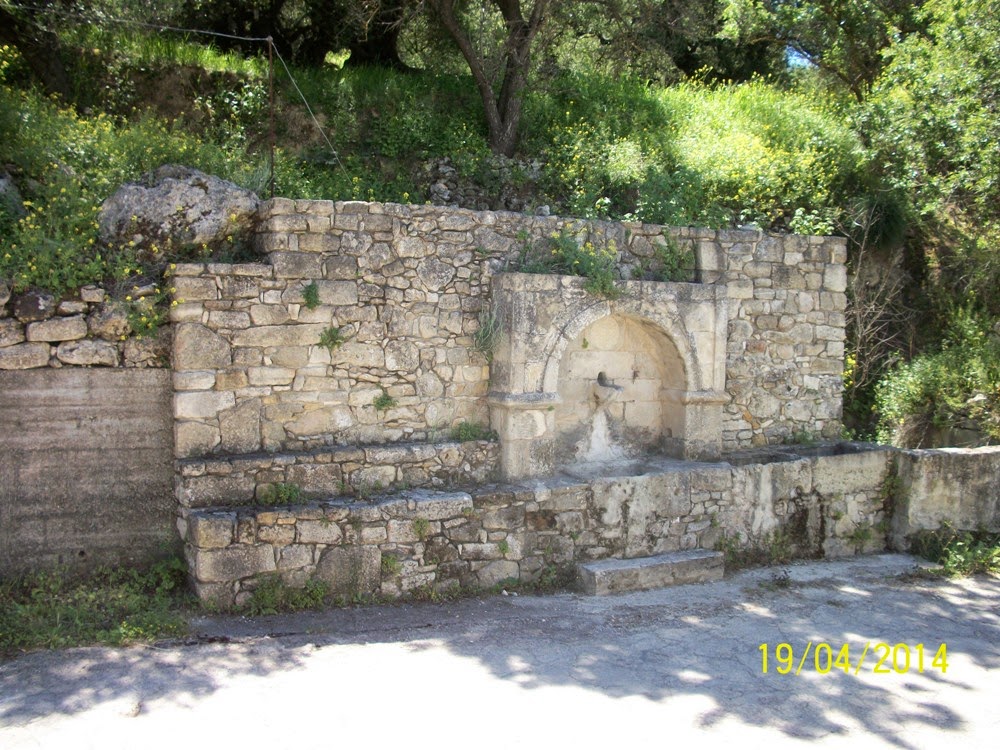 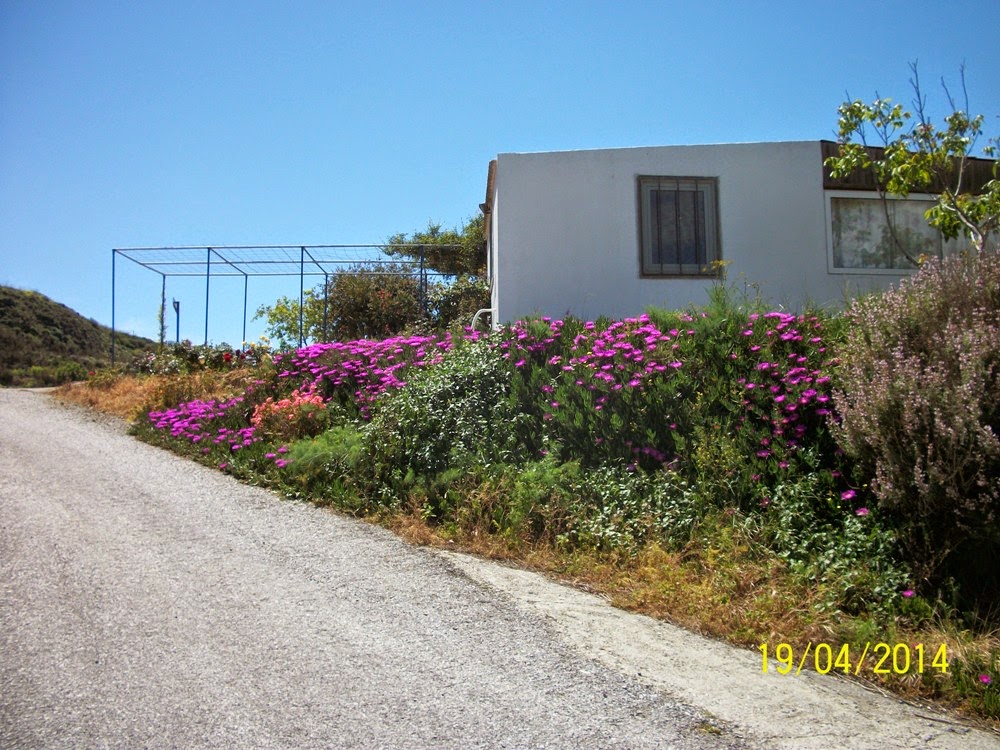 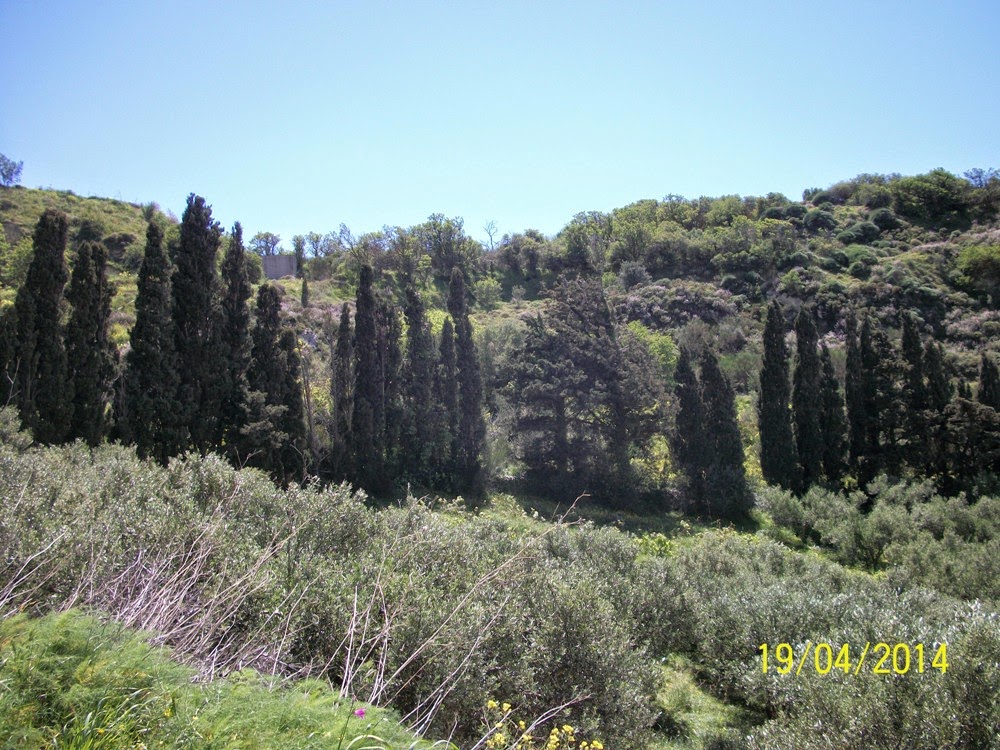