Skip to content
Just as a slight release from editing boredom I thought I’d do a post about some of the things I’ve been up to over the last few weeks – those things that don’t involve me tramping miles across the mountains. I recently took away a metal table of Jean-Pierre’s to tidy up. It was painted white but rusty. I started by wire brushing off the loose paint but soon realised that the whole lot would have to come off.
Down in a local hardware store I found some powerful paint stripper and used that (some advice for the uninitiated: never wire brush while the paint stripper is still active as it’s like getting the spatter from a chip fryer over your arms and face). Still, even with the stripper it took a lot of work to get the thing down to base metal. 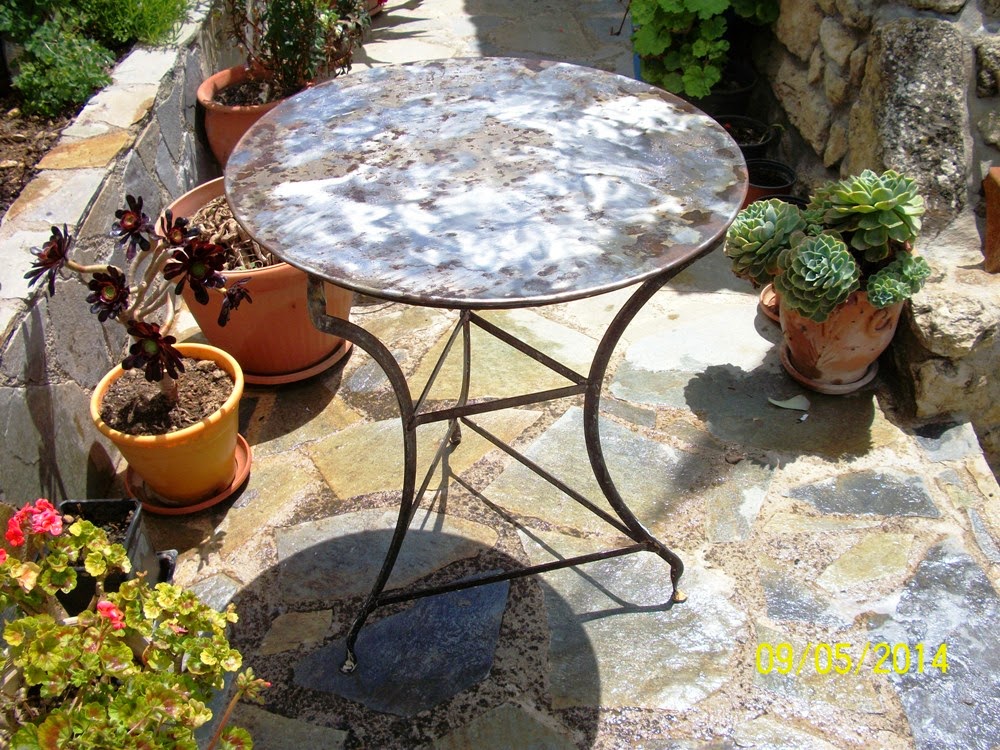 Next the primer coats then the final coats of white paint, which can be a bugger if you’re using a brush and not a spray can. 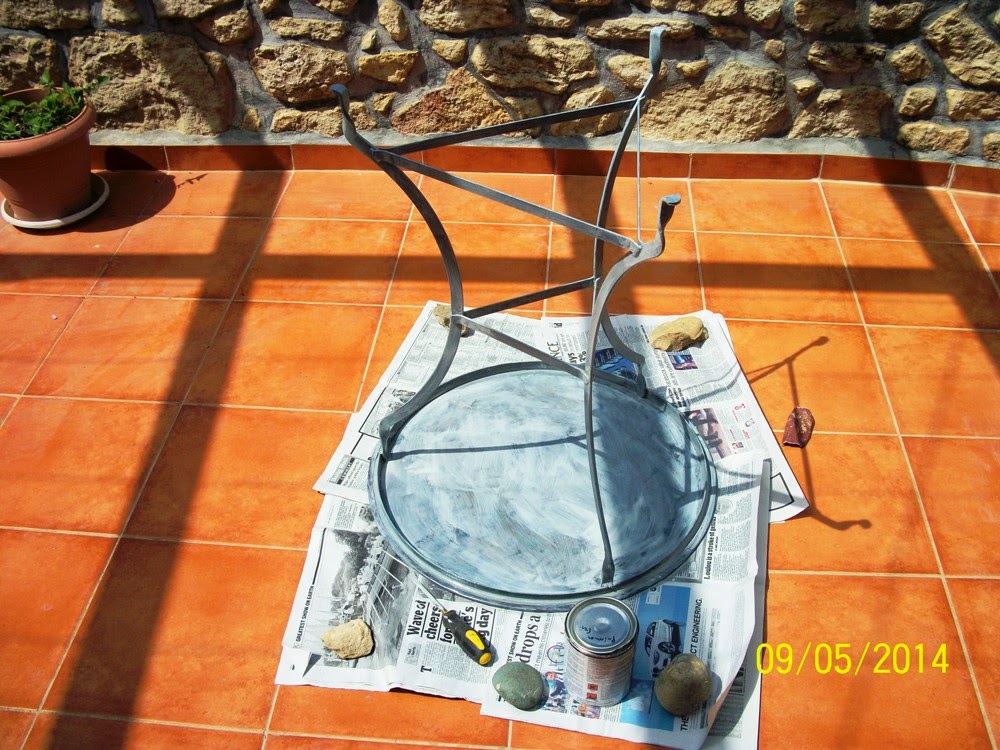 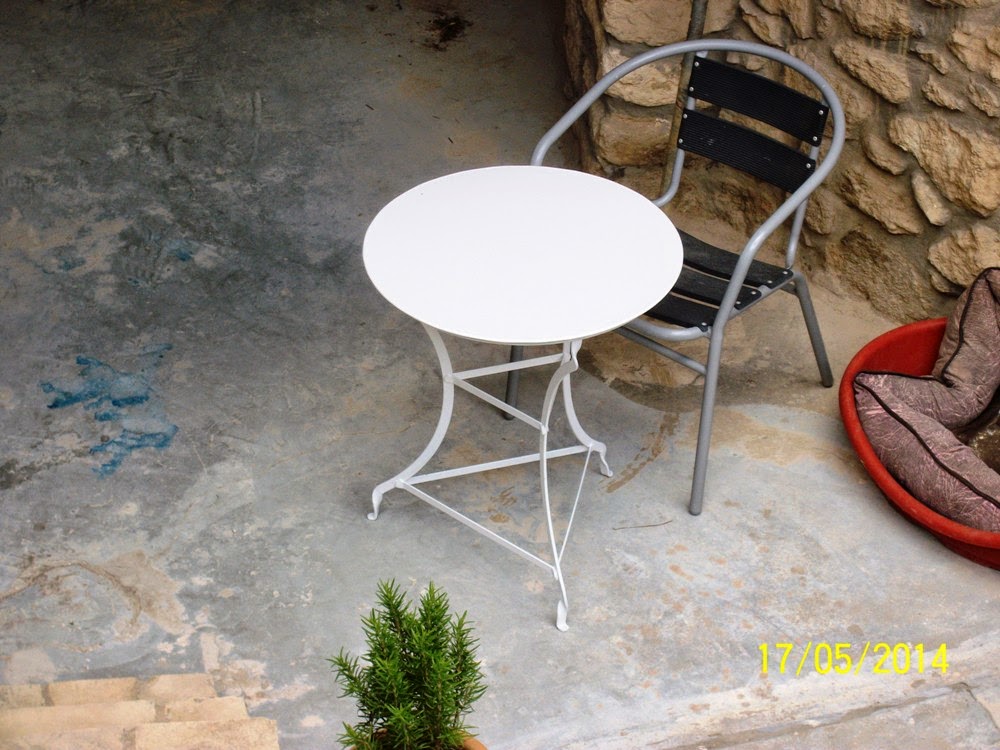 It had been suggested that I do this table because of what I did with my gate. This two tone result was because I’d run low on green paint and had a can of black I’d bought from Lidl a while back. 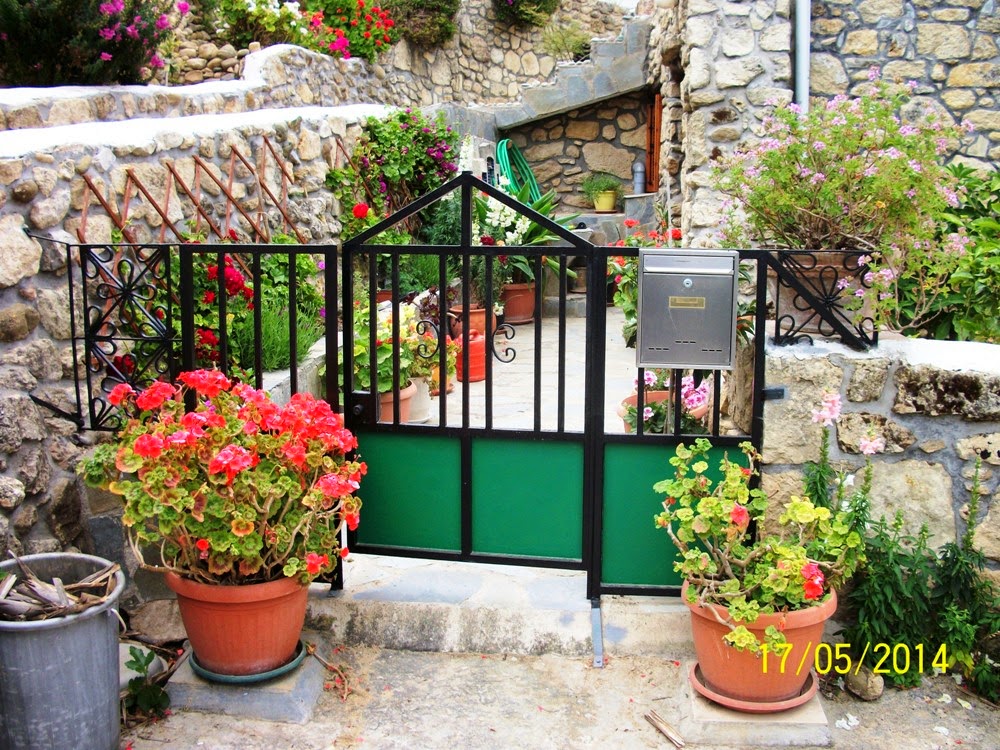 Having got into table mode I turned my attention to an old kafenion table I’d retrieved from a dump many years ago (Caroline walking a few paces away from me and pretending she didn’t know me). After my first attempt at tidying it up it ended up under layers of brown wood stain. Then, after a couple of winters outside, that was peeling and all its parts were coming loose. This is not finished yet – lots of rubbing down is required along with another coat of white and a thick coat of varnish on top. 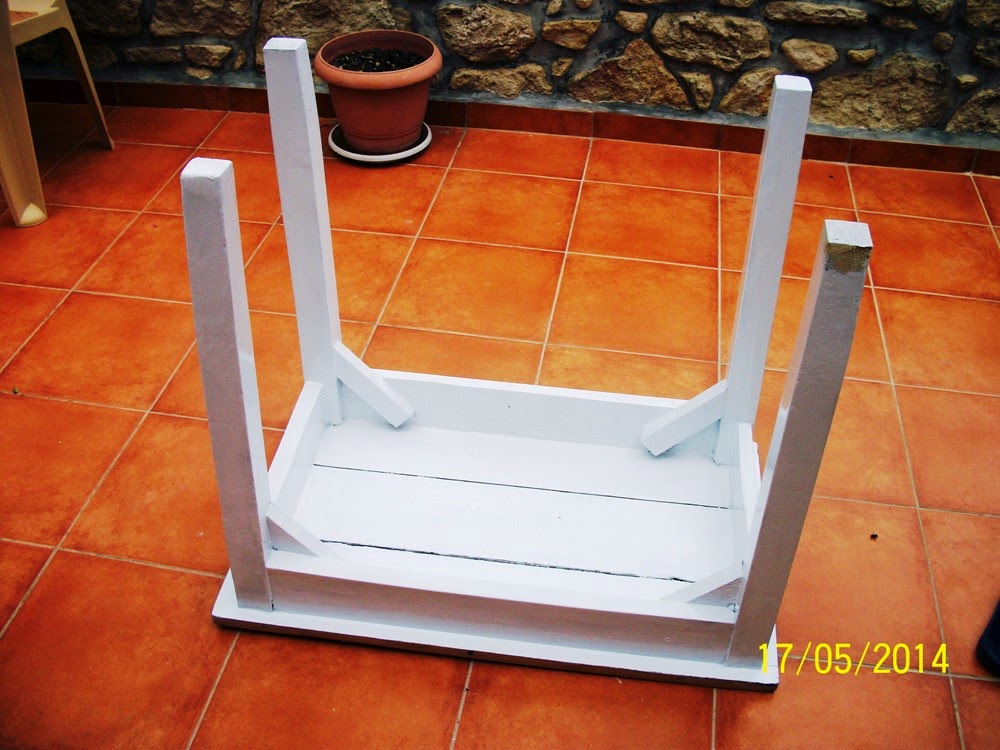 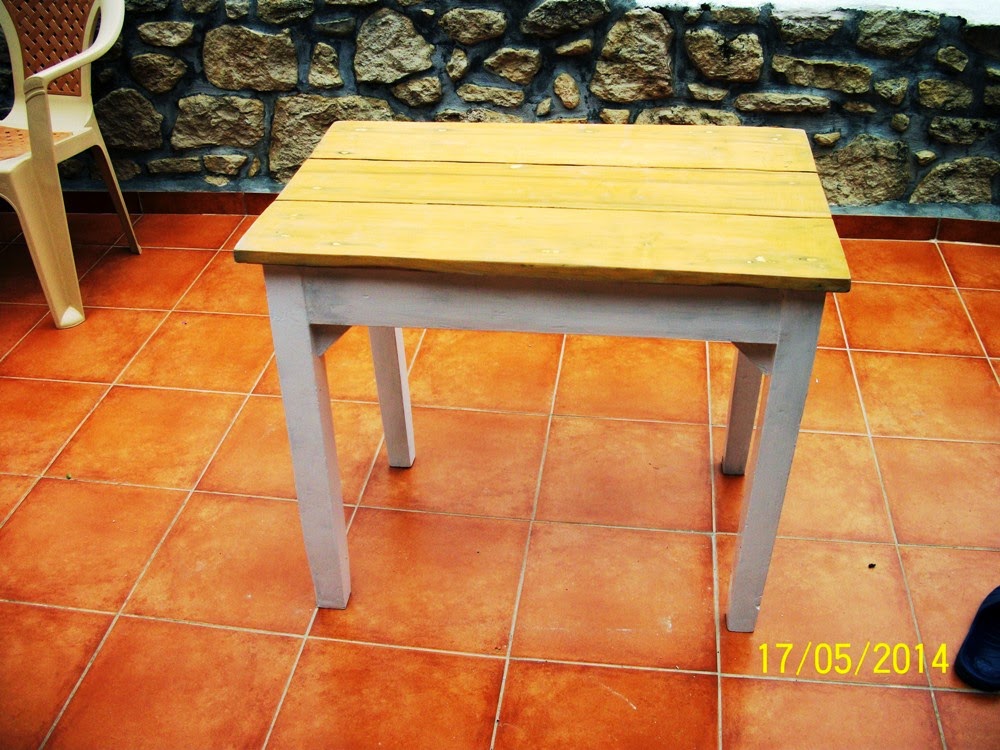 Meanwhile I went to help out a friend (Hi Chris) cut down masses of bamboo on his property and feed it into a shredder. This seemed a shame when 10-foot lengths of bamboo would cost a small fortune in England if you could obtain them at all, but here they are an annoying weed. After that job I took away some bamboo for myself and am now using it to rebuild an arbour-type arch affair I gave up on growing grapes over and am now training a rosemary bush over. 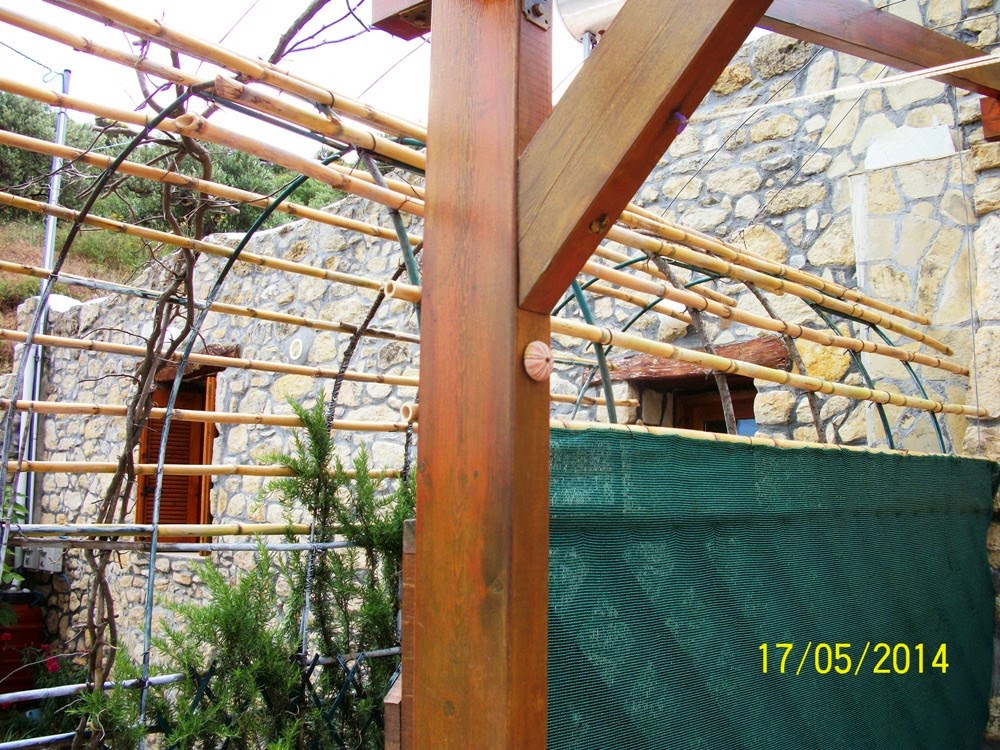 So there you have it: I’ve been a busy bee. Now back to that damned editing.