In the past I’ve often been prepared to take a look at something someone has written, and yet to have published, and make comments on it. I learnt quite a bit through this process during my ten years membership of a postal workshop and have always been prepared to give a bit back, but no more. Frankly, over the last ten years, very little of what has been sent to me, as a typescript or an email attachment, has been worth the effort, and some of it is quite appalling. So, as of now, I’ll only comment on published books, even though maybe only one in ten of them are worth the fulsome praise being sought.

For example, having just glanced at something that is allegedly going to be published, I abandoned it after the first page. In the first four-line paragraph there were two missing words, a spelling mistake and missing punctuation. The first page had over twenty similar errors I could actually put a red circle around. Other grammatical errors too numerous to detail warranted a red circle round the whole page. Really, if people can’t be bothered to sort out such basic stuff before sending it to me, I can’t be bothered to read it.

Now don’t get me wrong, I don’t consider myself to be a paragon of virtue when it comes to the English language. As far as grammatical errors are concerned I can point at them but I don’t really know all the lingo to describe them. I learnt by the seat-of-my-pants from that day, when I was about fifteen, when I sat down at my Dad’s manual typewriter, hammered away two fingered for an hour, then had to stop and go ask my parents what a sentence was. However, this is all stuff that can be easily learnt elsewhere, from books, just like I learnt it.

Sunday 4th September
The dreaded lurgies have attacked again and I’m suffering something much like tonsillitis. Attempting to lay off the fags by chewing nicotine gum results in painful hiccups, I can’t swallow hot drinks and keep on waking in the night choking on phlegm. Wonderful.

Meanwhile we’ve been watching ‘Game of Thrones’ which has been excellent. I tried the first book of the series but gave up after a hundred or so pages, bored with the family stuff and ‘character building’, but after seeing this series I might well pick up the book again. There were notable snaffles or maybe hat tips in this: a fat inept guy called Sam as a companion to a hero (Gamgee anyone?); the girl who wants to fight like a boy and who, during a sword fighting lesson, decides she doesn’t want to practice and gets the lesson on fights not necessarily occurring when you want them (I think I first read that one in Dune and have come across it many times since); and of course horse lords and a dragon lady right from the pages of Tanith Lee. Definitely looking forward to the next series and I’ll be asking someone who has a house here (hello Ruth) which costumes she worked on! 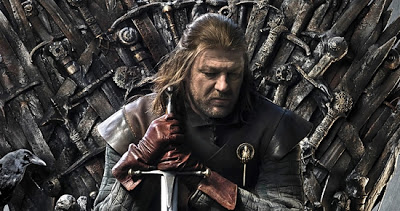 Monday 5th September
One of the things I say when interviewers ask me about how I started writing is how, at a certain age, I chose not to be ‘a Jack of all trades and master of none’ by concentrating on just one of my many interests. I blame my parents with their house full of books, their varied interests, and the various subtle pushes I got from them. I got a chemistry set as many did, but I also got ‘extra’ chemicals from my Dad’s college, followed by some instruction in using chemical formulae many years before I saw them in school. I got fish tank, but instead of putting in water and fish I filled it with caterpillars, watched them turn to chrysalises and hatch out, looked the result up in an Observer book, before then moving on to water scorpions, caddis fly larvae and any other weird creature I found in the stream across the road. I got a microscope which only in later years I realized was a good one – cast iron body and multiple magnifications – and spend many happy hours with my eye glued to the lens. But all this is a round-about way of getting to my recent purchase.

I’m not an easy person to buy presents for, since there’s not much I want beside the odd packet of pants or socks. I can’t be bothered with many of the technological gadgets now available. I wouldn’t want an Android phone or a Blackberry because, thought I know I might have use for many of their functions, they aren’t enough to justify the expense nor the time expended in learning to use the damned things. I don’t really do toys. However, when I saw what was available in Lidl last week I knew straight away that it was a toy I wanted: a microscope with a USB connection so that images and video clips can be taken from it. 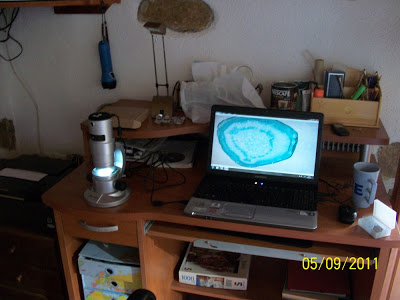 Of course, how often I play with this particular toy remains to be seen…

And another purchase this last week. When we arrived here it was necessary to buy a car as quickly as possible so as to avoid the large hire car costs. Stelios put us in contact with a guy from Motor Plan who was selling off some old ones and from him we bought a Renault Thalia. It had 42,000 kilometres on the clock, was a 1.4 saloon with plenty of boot space and has been ideal. Yes, there have been the usual problems what with bearings, joints and a belt (plus tensioner) needing to be replaced, but these are all expected. However, what has been very annoying is a sensor over the flywheel which, when it gets a speck of dirt on it, simply stops the car. The sensor can then be cleaned with a squirt of cleaning fluid in the right area, but more often than not it needs to be taken off to be cleaned. 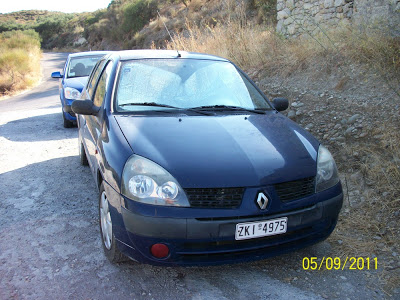 We carried on with this car for four years, since cleaning the sensor is just a ten minute job. This last summer I haven’t had to touch it for five months and so, when offered a much newer car at a reasonable price I was indecisive. What made me decisive was driving Samantha and Dean back to Iraklion airport and having the car pack up right at the worst possible point, which was in the queue to traffic lights just outside Agios Nicholas. Perhaps this was my own fault in that if I’d cleaned it before the trip I’d have had no problem. The next day I looked at at the other car (a Kia Rio) and said yes. 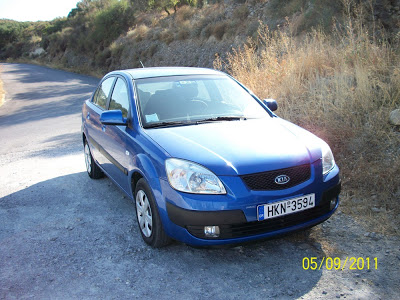