The tiling in and on the ruin continued all last week, including Saturday, and here’s the result thus far. 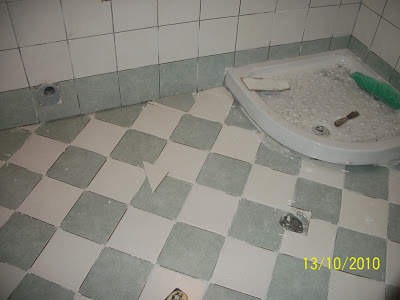 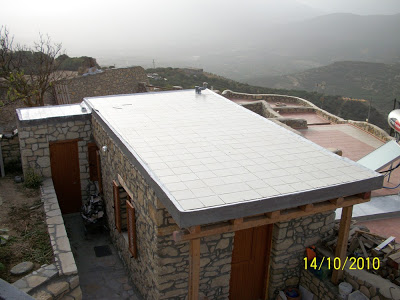 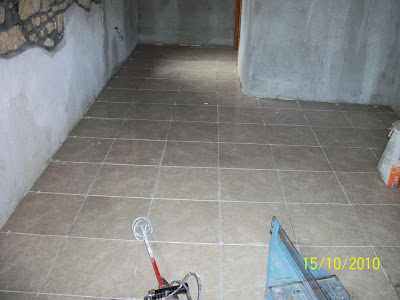 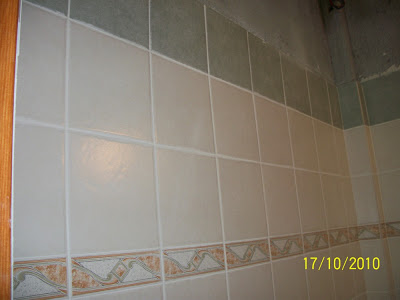 Today it is pissing down so no work is being done, since most of what remains is outside: the step on the roof of the main house, which was torn up last year to expose where two roofs nearly met over a wallm these joined with reinforcing steel including and earthquake column and the whole thing concreted again; some edging on the ruin roof followed by grouting.