Ah, maybe we’ll be getting one more Internet session in before returning to England.

On a slightly depressing day in which I needed to escape my skull for a while I sat down and read Terry Pratchett’s ‘I Shall Wear Midnight’. With wisdom, comedy, excellent characters and a wonderful story I was taken off to Discworld for a day, and thoroughly enjoyed my trip. With all that is happening to him, and him now having to use voice-recognition to write since he can no longer use a keyboard, this guy still hasn’t lost his sense of humour. I’ve seen the words ‘national treasure’ being bandied about, in one case applied to me (which I suspect many would question), but in his case they couldn’t be more true. 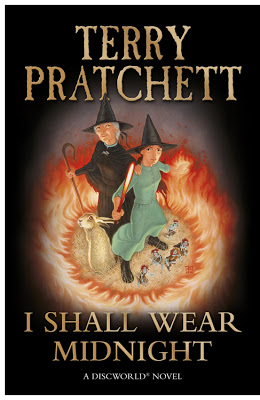 I see that the politicians are again getting together to discuss how much of a voluntary ‘haircut’ on their investment in Greek bonds private investors are going to get. I’ve said this before but again this strikes me as a strange use of the word ‘voluntary’ which implies a degree of choice. In a similar way to Orwell’s newspeak this I suppose can be described as govspeak, and the translation of ‘voluntary’ is ‘bend over and drop your trousers’. In fact, the same translation applies to any phrase, used by politicians, in which are combined the words: measures, investment, development, social, environmental, infrastructure, generation, welfare, public, international, job, green, business and many more besides.

Thursday 27th October
With the population hitting 7 billion, floods and earthquakes demonstrating by death toll how overpopulated our planet is, with the numbers of the unemployed growing, governments in debt and organizations like the EU pushing for more integration and more control, I really couldn’t have chosen a better time for The Departure to be published. Then again, with what looks like an outbreaks of sanity across the planet, with the ‘Arab Spring’, the steady swing towards greater freedom in previously communist regimes, the possible collapse of the Euro and the EU – precursor to the Committee – and with austerity measures including cuts to the state, perhaps things are due to improve. Yeah, right. These are just hiccups along the way. Overall, large parasitic governments continue to accrue power over us, the surveillance society ever expands, the population shows no sign of ceasing to grow (readers of this will probably see 9 billion in their life-times) and the first ID implants can’t be much further down the road. And when the software catches up with the computing, and robotics catches up with both of them, look out for trials of the first shepherds and spiderguns.

I just love the implications in Angela Merkel’s recent statement. I’m paraphrasing here but it goes something like this, ‘[unless we sort out the dept crisis] we can’t guarantee another fifty years of peace and stability.’ What started out as a ‘common market’ is actually an attempt to completely unify and integrate Europe so its individual nations don’t end up at each other’s throats again and as most who have read up on any of this will know, the politicians lied to us right from the start. One can see the desperation of Merkel and her ilk when they haul up and dust off the spectre of the world wars to threaten us. Now if the European Union was taking as its model the USA (as it was, not as it is becoming), I would be cheering her on. However, since most of its governments are run by socialist control freaks the EU increasingly resembles a fast-track version of the Soviet Union, so I’m not cheering. Already it is about bankrupt and looks to be falling apart, and Balkanization may well follow, but then, perhaps that would be better than it actually lasting.

Oh good grief they’re putting the killers of Gaddafi on trial? The world we live in is fucking insane.

Friday 28th October
We have now completely entered the time of year when we mostly stay inside the house with the stove burning, hence more in the way of rants here and fewer pictures and stuff about Crete. I have been sorting out a few things around the house: putting strips of tile around the bottoms of some walls outside for some extra waterproofing and sealing holes here and there. I also discovered that a water-based varnish I bought from Lidl for the wood here, and which didn’t seem much good for that, is great for the stone – soaking in, hardening crumbling stone and leaving a slick waterproof layer. This stuff was under €10 for two litres, which is a lot cheaper than the petra latha (stone oil) I used before, and it goes a lot further, so I’ll be buying loads of it next year.

Saturday 29th October
A large tub of paint here can cost €25 to €50 so, what with the damp here, it can get expensive. However, last year I saw Nectarius painting the kazani building with ‘asvesti’. This is a very cheap plastic sack of lime paste – it’s in water which is a better idea than the dry powder ready to blow into your eyes. I wondered how that could work since surely it would wash off during the next downpour. It doesn’t. It’s not as durable as the expensive paint but sets like stone and is, of course, what people have been lime-washing their houses with for centuries. It is also porous so allows underlying stone to breathe. From now on I’m going to use it outside, but I wonder if combined with some sort of PVA it would work as an interior paint.