I’m feeling a bit like a murderer now. After rats chewed down my sweet corn I popped into a hardware shop in Sitia and bought four rat traps at €1 each. I baited these with chunks of tomato and put them in and around the composter in the back garden. On the first night I got one small rat then on the second night I got two big ugly ones. Looking at the corpses before tossing them into the olive grove behind (where they’ll probably be snapped up either by village cats or sand martins), I couldn’t help but note how similar they were to our chinchilla. But traps are the best way to deal with the problem. One local suggested I buy ‘pastilles’. These are a form of poison. I don’t like poison. The rat will crawl off and die somewhere in pain and then, if it gets eaten by something else, the poison can kill that creature too. It’s a coward’s way because you often don’t see what you’re killing. Better a swift snap resulting in a broken neck or crushed skull. Let’s just hope I don’t wonder round there one day and find myself having to duck crossbow bolts… 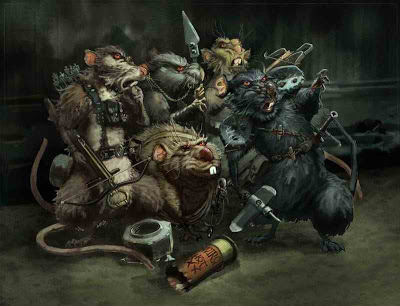 Tuesday 25th June
Yesterday I wrote that final additional section at the end of Penny Royal III, or Spear & Spine, and felt I could then safely say I had finished the first draft of that book. I enjoyed writing that section because it had in it one of those moments rather like the one in The Skinner, near the end, where Ambel, in a companionable manner, slaps Janer on the shoulder. The book stands now at over 168,000 words. Definitely no more word-counting from now on. I have a basic list I’ll use as I work back through the books: more about Mr Pace, machines feeding power into U-space, Amistad’s miscalculation of scale and the vague ‘more emotion from the characters’. This list will grow as I edit and as some neater or more-workable ideas occur. Right, to work, starting with the second on the list above.

Wednesday 26th June
That was all I needed when I walked in last night and turned on the TV: Obama on climate change. Apparently Americans are already paying the price with recent disasters. Okay, nothing to do with the fact that there are now hundreds of thousands of people, homes, businesses and infrastructure where there used to be a buffalo herd and the intrepid hunter Two-Dogs-Shagging. Oh, and did the Indians keep climate records? As far as I recollect America hasn’t been around very long. He then delivered the canard that those who doubted catastrophic global warming (let’s call it what it is before the goalposts were shifted) have now conceded that it is true. This is of course the complete opposite of the truth. After 16 years of global warming flat-lining while CO2 has been increasing – precisely what many in the upper echelons of ‘climate experts’ said couldn’t happen, according to their computer models – many believers have been going, ‘Ahem, maybe we over-egged that pudding’. The only people who ‘believe’ we are going to fry without action right now are government ministers who burnt their boats, those making money out of green energy, green anti-capitalists and others on the left who want to use it as a stick with which to beat their enemies, and those strange cloistered creatures at the BBC. Next we had Roger Harrabin, still desperate not to be made redundant from his job as Environmental Correspondent, confirming that everything that Obama said was true and, incidentally, that the man has complete control over the sun because it seems to be shining from his rectum.

Regarding Obama’s aptly timed visit to Africa … I wonder why the words ‘sleezy political opportunism’ keep leaping to the forefront of my mind.

Sunday 30th June
The temperature here on Crete has hit the sizzle zone. Even up here in the mountains it’s been reaching 30C most days. I’m also finding that not a day goes by without me being bitten by something at least three or four times. There are the mosquitoes that hammer you if you stay late in Makrigialos – you only know they’ve had a go when you wake up in the night scratching a new series of bites. They are always here, however I suspect, along with the Sahara dust, we had a lot of unwelcome visitors blown over too. There are the flies that look like normal house flies until they land on you and start chewing, and then there are others whose bite stings just as much, but which are almost invisible – drifting away from you like a fleck of dust. These last are a bastard because mosquito screens don’t stop them. I’ve been up time and time again in the night spraying round the bed because something decided to snack on my protruding leg. Thinking about all these it occurs to me that I missed an opportunity for some added nastiness to the fauna of Spatterjay. Then again I might save it for another world, where people have to wear armoured suits to prevent themselves being drained dry by mosquitoes the size of bananas.