Perfectly in line with my previous comments about state-sector parasites I see that public-sector workers are coming out on strike in Britain today to protest against the cuts (not forgetting that the only cuts we’re getting are in the increase in spending). Seeing who is involved I fail to see what effect Inland Revenue workers going on strike will have, other than causing a concerted cheer. I also fail to see what effect a Border Agency strike will have, other than a day in which blue-rinse grannies won’t be searched for explosives and smokers won’t be illegally hassled for the amount of tobacco and cigarettes they buy.

The teacher NUTS were out in a mass of corduroy and facial hair waving their placards and shouting, ‘Cameron out!’ which tends to imply, ‘Miliband in!’ and didn’t the Labour Party do a great job last time? I wonder what their answer to the national debt is, oh yeah, tax the private sector because of course it is a bottomless well of free money. Meanwhile it’s perfectly right that private sectors workers should work harder, for longer, and have smaller pensions. It’s quite frightening that these tossers have control over the development of young minds.

Wednesday 6th June
Well, on the Thursday above the builders turned up to start cutting holes in our house. First the solar panel had to be moved to make room for the one over the kitchen, then the intention was to cut through with a big diamond wheel cutter and chisel out the rest. However, the belt snapped on that so they resorted to a smaller cutter and electric chisels. I now see that the roof is a lot thicker than I thought i.e. the builders who renovated this house laid the new roof over the top of the old. During the next two and a half days it was all noise and the resultant dust and rubble. Luckily we now have the ‘ruin’ which, that evening and the following evening, we moved into for the night. Here’s some pictures of how it was: 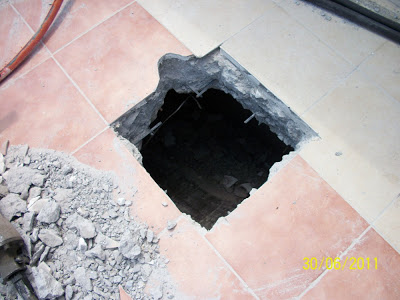 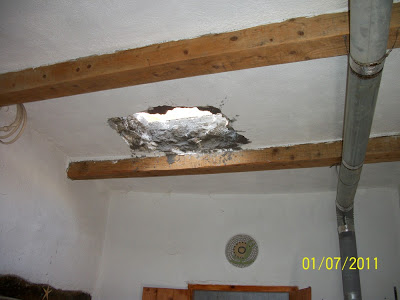 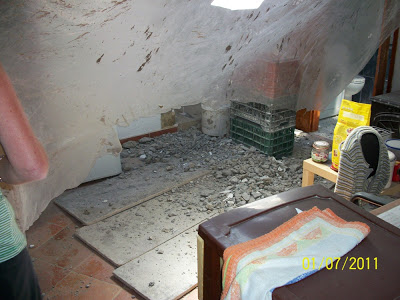 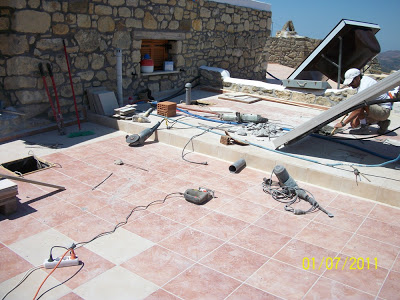 On Friday the air vents went in and finally on Saturday morning the windows were fixed in place. They tidied up nicely but like many Greek and Albanian builders here their finishing left a lot to be desired. I rather suspect that using silicon as tile grout isn’t a great idea: 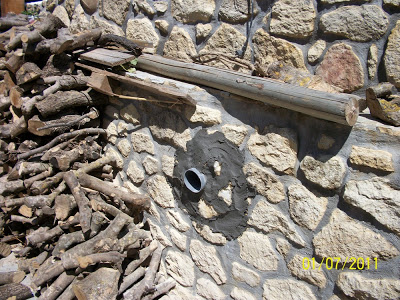 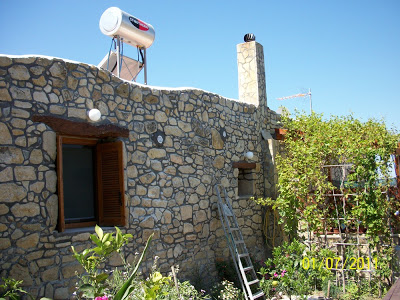 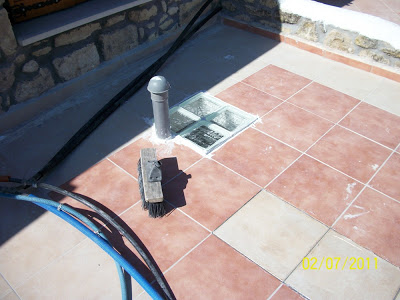 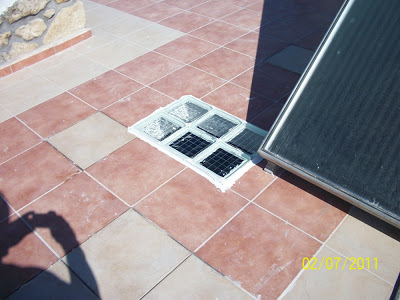 Afterwards I went up there and finished the job myself: 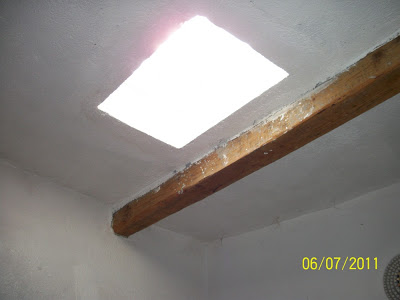 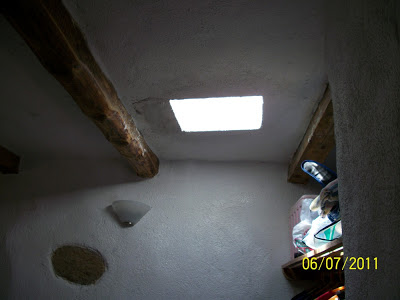 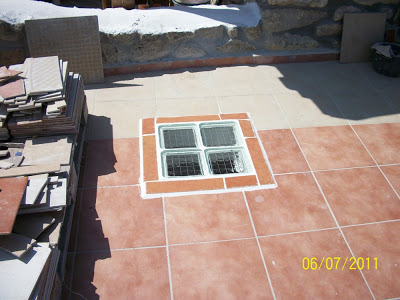 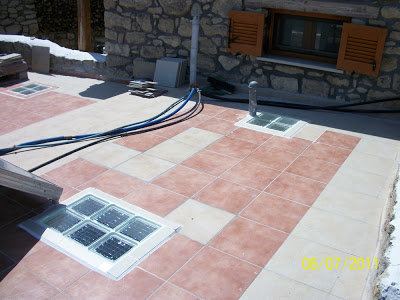