Skip to content
Here I am awake at silly o’clock again so I might as well do a rambling blog post interspersed with the occasional and probably irrelevant picture. So what am I doing? Well, right now I’m wondering how I’ll get on walking 15 kilometres of gorges after sleeping for about 4 hours, and not 4 hours altogether, but each hour separate and distinct. This walk is one organised by a guy called Chris who along with his wife Claire runs The Rock – a bar in Makrigialos – and, having volunteered to go along, I can’t chicken out now. But then again I shouldn’t worry. Lack of sleep doesn’t seem to be affecting me as much as it should and, despite my best sleep over the last week being about 5 hours of raki-induced coma, I’ve walked 37 miles and swum 2. 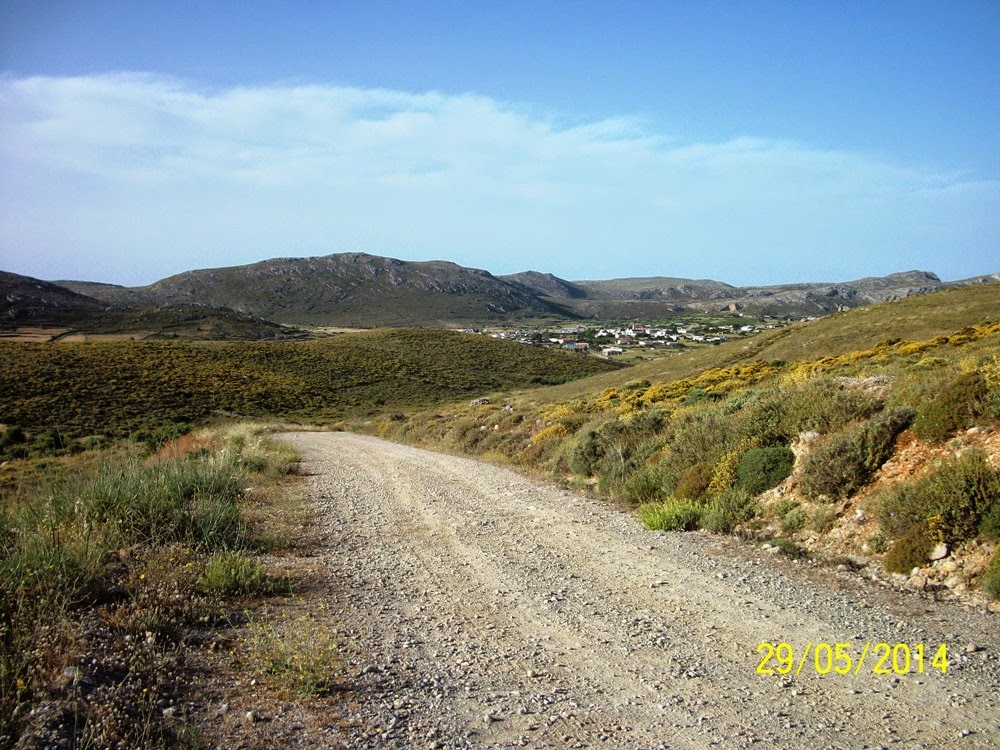 All this insomnia, walking and swimming, combined with a lack of interest in food beyond it being fuel, has certainly had its effects. I actually have a belly that’s narrower than my chest now. When I lie down there’s a hollow there rather than a jelly mountain. My weight is beginning to dip below 12 stone, 2 stone lower than I was around Christmas and my lowest weight in perhaps 20 years. Of course, as is always the way with this sort of thing, while I am happy with this, others are not. I’ve been told to stop losing weight and that I’m starting to look a bit ragged, concerned females appear with plates of food and I’ve had shouted at me, ‘Neal! Where is your arse?’ 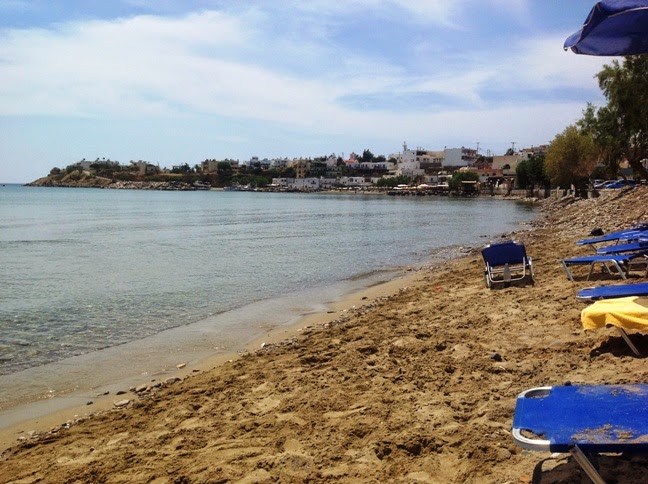 So what else? Oh yeah, I am doing some editing on the second book of Transformations, provisionally titled Factory Station Room 101. But I have to say I’m finding it difficult to raise much interest in it. Then again, even at the best of times, once editing has moved beyond a certain stage, I find my interest plummeting. Perhaps I’ll just finish going through this next book, which won’t have to be delivered for a while yet, and try writing something new. I do have another section I removed from these Penny Royal books that I intend to turn into a short story, just like a previous section I turned into The Other Gun (published in Asimov’s). 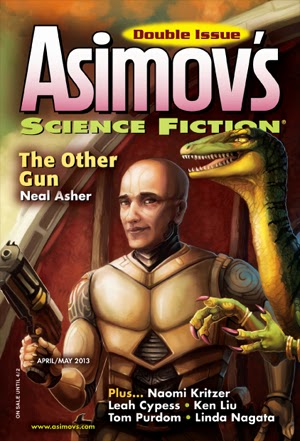 Now, bouncing onto something else, what a crappy summer we’re having here on Crete. Usually by this time of year there is not a cloud in the sky, but this year the buggers are persistent. It has even rained in June, which I can’t remember happening before (though my memory is not to be relied on). Perhaps this is due to that global warming stuff – the prime mover of every weather event on the planet including snow in the Sahara, non-barbecue summers in England and probably rains of natterjack toads on Cairo. Oddly, this weather has screwed up my veg patch. Usually, it’s the heat that terminates my radish growing here – sending them rapidly to seed. This year they went straight there anyway and out of four rows of the things I’ve had about 3, and they were woody. Also my other salad veg had gone straight to seed. My only success has been spring onions, but I cannot live on them if I want a social life. 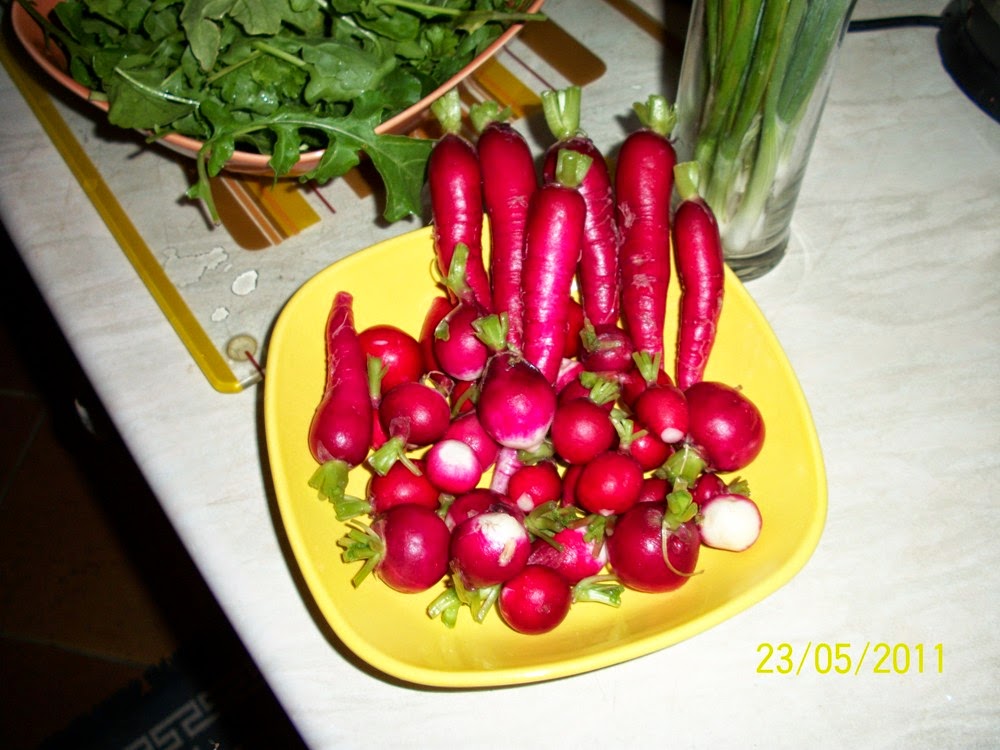 Finally onto the Greek. I’ve been finding things clicking into place in my skull lately. A major success was when Anna, my teacher, moved on from giving me verbs for ‘I do(whatever)’ to learn just in present, past and future, but all the other cases/versions. In English I fly, you fly, he flies, she flies, it flies, we fly, they fly, so it is all pretty easy. In Greek there is another version of ‘you fly’ that is a polite or refers to more than one ‘you’. And all of these are singular distinct words i.e. ‘I fly’ is one word, as is each of the rest, and as are the past tenses and the future tenses (though usually these last start with a separate ‘THa’ which is will or shall). Learning these lists of 18 verbs (he, she & it are all the same) I suddenly started to understand the rules. Now, if I learn just the ‘I do (whatever)’ verb, which I have to add is the only version you’ll find in Greek-English dictionaries, I can work out the other 17. 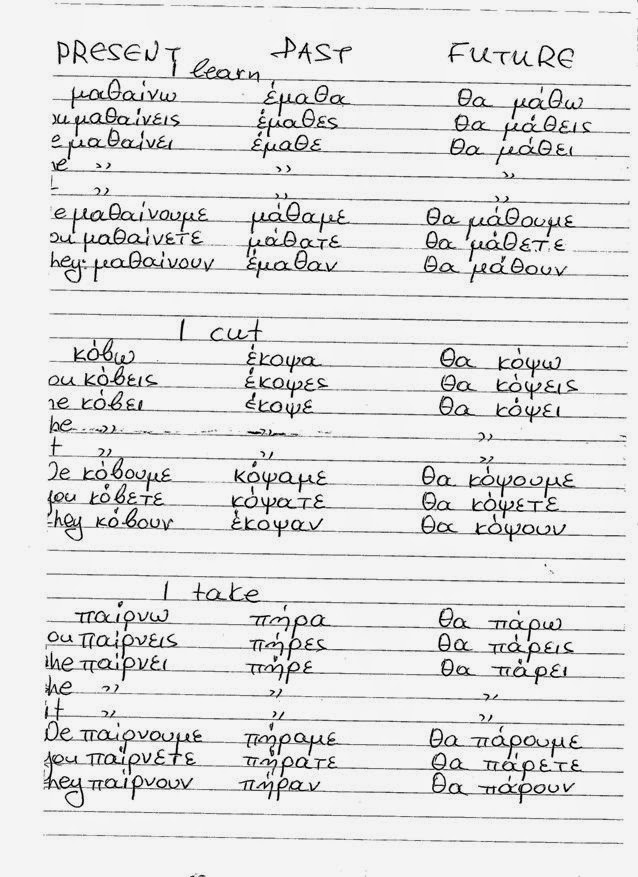 This is all great stuff, but sorting through list of verbs in my skull, or trying to work out the correct version to use, doesn’t much help with my conversational skills. By the time I’m ready with my reply the Greek in question has wandered off and trimmed a couple of olive trees. Now, therefore, the format of my lessons has changed: more talk and less writing.
Okay, that’s all for now. Time to get ready for my walk.