Every now and again, when we had Sky TV, I would catch part of an episode of Farscape and think to myself, ‘Mmm, now that looks interesting’. I never got round to watching a full episode and I never actually figured out what was going on. However, I did pick up four episodes of it in a charity shop and on the strength of those bought the entire first season. We finally sat down for a Farscape-fest about a week ago and at episode 12, about three episodes after Caroline, I finally felt that old Vorlon malady of my intestine crawling up my spine to strangle my brain. I like the Henson puppetry and special effects, and I could see huge potential for a story arc there, but the stories themselves are dire, and probably because of that, the acting was a bit naff and often sliding into silly melodrama. This will go to one of the bars here for someone to enjoy, or not. I’ll not go any further because life if too damned short for this kind of dreck. Such a shame. 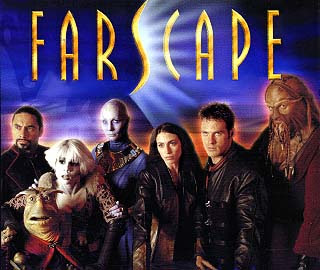 Wednesday 5th October
It’s time today to change the stove pipes. They’ve been up for two years, are blocked again and almost certainly reaching the stage where rust holes will start to punch through. They are also the cheap galvanized ones that don’t look all that great. 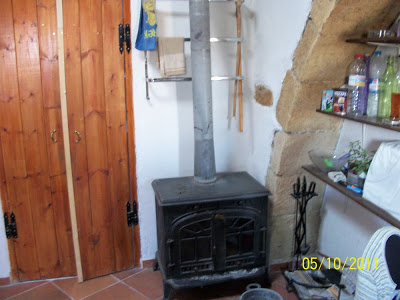 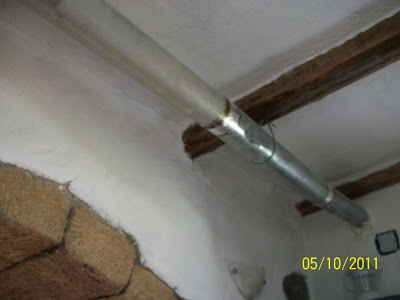 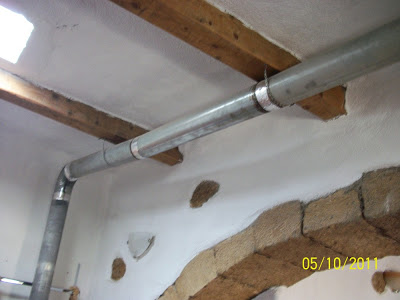 There we go: I’ve replaced them with the enamelled version they have here, though admittedly mainly because those were the only ones they had in the hardware shop in Makrigialos, and I couldn’t be bothered with a trip to Sitia for the cheaper version. 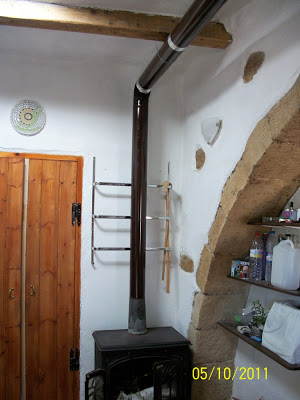 The main galvanized pipes inside the house weren’t too bad, so I’ve left them down by the bin where, as is usual here, if someone wants them they’ll grab them, or passing gypsies will pick them up as scrap metal. And if not the dustmen will take them away. There’s none of the silly penalties for not closing the bin lid, or making sure everything is inside, or putting your rubbish out on the wrong day. That might be a bit difficult to enforce since one bin serves about ten houses, and the Greek wouldn’t put up with it anyway.

It’s a lovely October day today with the temperature in the steady mid 20s today and very little wind. It will get colder in the evening and, when we fire up the stove again, we’ll need the windows open to get rid of the fumes from the new pipes, aluminium tape and the releasing fluid I used while forcing some of the pipes together.

Thursday 6th October
Still on the learning curve … So, until recently I’ve always called (and I’ll use phonetic spelling) a stove pipe a ‘somber solina’, which is a literal translation. Whilst asking Kostis, at Revans, where I could buy some new stove pipes in Makrigialos, he came out with the words ‘boori, booria & kaminatha’. I found the last of these to mean chimney, whilst also discovering that a chimney can also be a ‘kapnothokos’ but couldn’t find the other words under the letter vita (beta). I later learnt that the two words do not begin with vita, but with the digraph µπ which gives the sound of our letter ‘B’. A boori is a section of flue, while booria is the plural.

Meanwhile, being unable to sleep in the middle of one night, I spent some time searching for boori. I didn’t find it then but I did find ‘votsalo’ (beginning with vita) which means pebble, and now know that a taverna down by Makrigialos harbour, called Votsala, translates as ‘Pebbles’. The mnemonic I now use to retain this is an odd one. Just along the harbour edge from Votsala is a place called ‘Makis’, which is named after the owner who, we were told and now thoroughly agree with, looks like Fred Flintstone. Now Fred Flintstone has a daughter called Pebbles… I’ve subsequently learned that there’s another taverna in Koutsouras called Votasalachia. Now knowing that the addition of that ‘achi’ (or ‘aki’ on the mainland) at the end of a word reduces the size of the object concerned (the additional ‘a’ making it plural), this other place translates as something like ‘Little Pebbles’.

Friday 7th October
Here you go, this shows you how thoroughly entrenched science fiction is in my mind. Whenever I see one of these buggers I think they’re fascinating, but the first image to arise in my mind is a vaguely recollected picture on a cover of a Fred Saberhagen book: 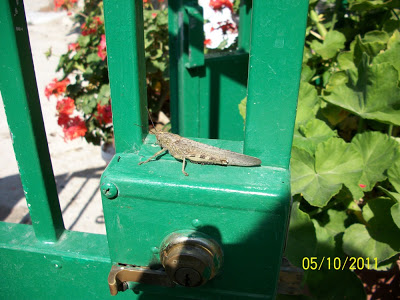 Sunday 9th October
It’s muggy grey and pouring with rain today, but is hardly what you could describe as cold, the temperature right now, at 10.00AM, being 21.4C. However, we are keeping the stove on and chugging away at the lowest possible setting because it’s nice, comforting, and we like it. The problem here is that with the new stove pipes, well dried wood and one of those revolving French chimneys above, the lowest possible setting leads to a house temperature of about 27C, even with windows and doors open. I salve my conscience with the knowledge that wood is carbon neutral, we’re not using the cooker (everything goes on top of the stove, like today’s chicken, leek and butter-bean soup), and having bought the wood I’m helping to prop up the Greek economy (removes tongue from cheek).

Monday 10th October
Okay, so you have this space ship which on conventional drive can only accelerate to about half the speed of light. It does, however, have a ‘hyperspace drive’ it can engage when it has built up enough velocity. This time, when the crew engages that drive, it goes wrong and upon being shut down hurls the ship out into normal space travelling at nine-tenths of the speed of light. The ship then decelerates to finally dock at its destination space station.

Now, read through the above again and if you can’t work out what is completely wrong with that scenario, then don’t try to write science fiction.

Another thing you really need to know is the difference between speed and acceleration and that, in vacuum, an object travelling at say, a thousand miles an hour, will, without some force applied to decelerate or accelerate it, continue travelling at that speed forever. Go look up Newton’s laws of motion.