One thing I will say about the Kindle, especially when down on the beach, is the speed of sales. A lady came over to us who we have seen here year after year – she and her husband take a holiday with their disabled daughter. She’d been told that one of us was an author and came over to ask about that, directing her question to Caroline. Caroline got about five seconds of fame before I claimed the position. We chatted with her for a while then her husband when he came over. About ten minutes after that he was lying on the beach and buying my books through his Kindle. Of course, my then nerves set in: I wonder what he’s saying over there? Is he enjoying what he just bought?

Wednesday 12th September
I’m lagging behind a little bit but Penny Royal II has passed the 60,000-word mark and is progressing nicely. I do get these stops and starts during which I have to consider where to go next or what to do with a certain character. Last time it was the latter and, as always seems to happen, I discovered I’d already laid the groundwork for that character’s story and, once his course was clear, wrote a couple of thousand words in a couple of hours.

Meanwhile, Mark Croucher, who I met during some of my Forbidden Planet books signings, has won a prize in Macmillan’s ‘Neal Asher Ultimate Reading Initiative’ competition. Here’s his prize: 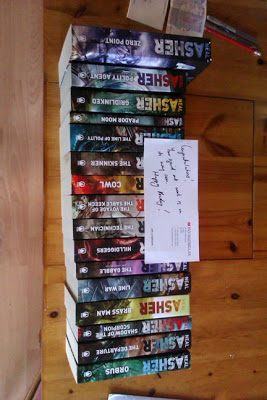 Friday 4th September
What rosy-spectacled visionary coined the phrase ‘the Arab Spring’ and whoever thought the Arabs were fighting for ‘freedom and democracy’? All they seem to want is the secret policemen, with their propensity for giving people an anal examination with a cattle prod, replaced by fanatics who wants rip into those who fail to ‘respect’ their belief in a sky fairy. Those protestors in the Middle East need to understand (as do the politically correct and permanently offended in Europe and the US) that respect is not a human right, but has to be earned. All those protestors are earning is contempt, while destroying any prospect of earning one red cent (or pink pound) from tourism. It’s sad to see people throwing off the chains of autocracy only to don the chains of theocracy.

Note: there’s a large difference between respect and being polite or politic.

Monday 17th September
Ah the cloud is starting to arrive and I expect the rain will be along shortly. In response I’ve started cleaning up our stove here since both glasses were cracked and need replacing, and the whole thing is a bit grubby with rust here and there. As is always the case when I start on a job like this it’s turning out more difficult than expected. The screws into the clamps that hold the glass in place are completely seized in place. On the first door I had to drill down the centre of them with a small drill, grind the heads off, then drill them out larger and re-tap the holes. Of course a drill broke off in one of these so I had to use a Dremel to grind that out before drilling for a larger thread (M6 to M8). I guess all those years in engineering still have their use. 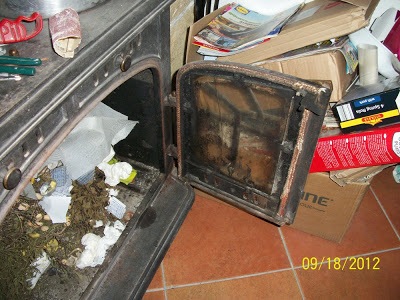 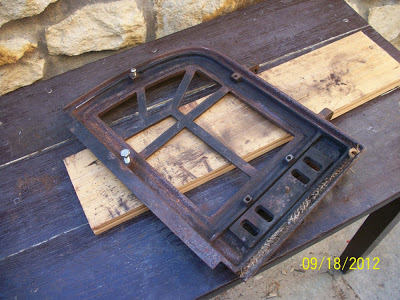 Tuesday 18th September
It was interesting hearing Salman Rushdie talking yesterday. As he pointed out, the protestors and preachers in the Middle East are using words like blasphemy, apostasy and heresy, which are all from a medieval vocabulary. The interviewer was pushing Rushdie, suggesting he had been a bit too provocative, but he wouldn’t back down. When asked about how we in the west should respond he was quite firm: we should adhere to the principles of freedom and free speech, and we should be braver. Are you listening Hillary Clinton?

And just to finish on a positive note. Penny Royal II is now past the halfway mark, and the disappearing kittens returned – the cynical old bastard writing this blog being wrong: 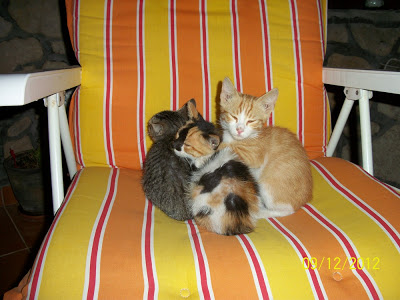