On Tuesday, now the idea of swimming is losing its appeal and we are venturing down to Makrigialos less, we decided to switch over to autumn and winter mode by taking ourselves off on a mountain walk. In the pictures here you will note the main feature of the landscape surrounding Papagianades: olive trees. 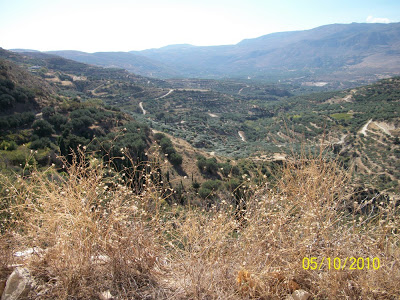 I’m told that our area of Crete produces some of the best olive oil in the world, which the Italians add to their olive oil in order to upgrade it. I’m also told that the neat oil sells for ridiculous prices elsewhere in Europe, whilst the growers here get about €2 a litre. Why don’t the Cretans here get organized and cut out the middlemen? Apparently because getting them to agree on something is like herding cats. 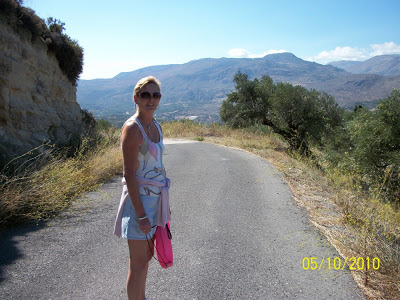 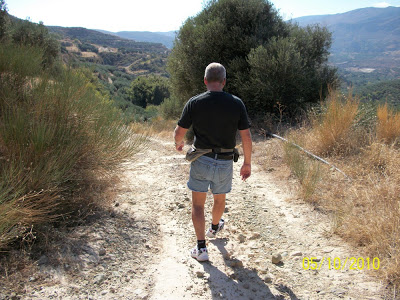 Caroline had spotted a path leading down from the right-hand side of our village as a route we could explore. It took us down then along to the local graveyard. It all seems rather typical: spend thousands on a marble grave for your parents, go to it frequently to light a lamp no-one will see, to plant flowers and doubtless to pray. But the leaking roof on your house can wait. 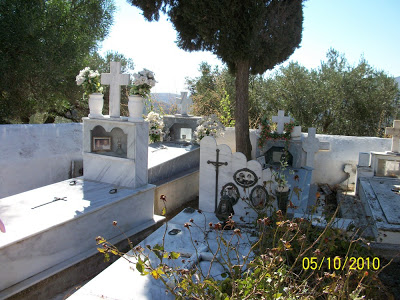 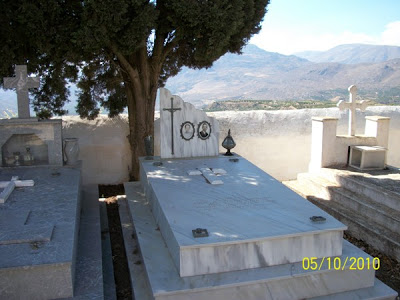 We didn’t go right down to the bottom of the gorge opposite the village, but continued along one of the many tracks through the olive groves, then turned and climbed back out up to the left of the village. This was maybe the equivalent to climbing a few hundred staircases. Cretans, we are told, are the second longest-lived people on Earth. Lifestyle magazines put this down to the Mediterranean diet of fresh veg, fish, salad and lashings of olive oil. Don’t believe that for one second. In our village a trip from our house down to the kafenion at the bottom is equivalent to the average British urbanite’s weekly cardiovascular workout in the gym. Exercise is what keeps them alive here, that is, those that actually get out of their cars. 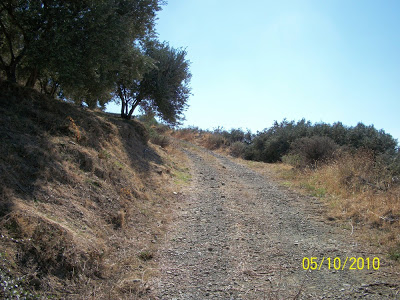 Finally returning to the village, we collected some water from the spring and made that aforementioned climb back to our house. It seemed quite easy after what we had done (that’s our house at the top of the next picture). This morning we both have aching legs, but intend to take a longer walk this afternoon. 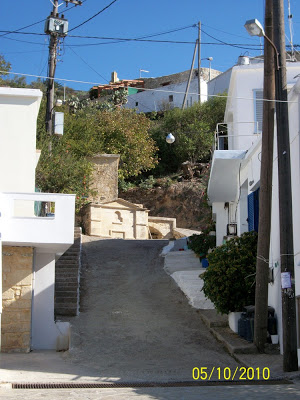 Um, maybe not. Heavy cloud overhead and the rumble of thunder in the distance. I don’t mind a shower while walking, but this looks likely to turn into one of those vertical seas.