Skip to content
It’s been ten days since I last turned on this laptop – in fact it’s charging up now after our last ‘computer day’ in Revans on the 28th. The kitchen saga continues but is now nearing its conclusion. We bought six of the required thirteen handles for the doors – the people in the shop telling us they could get some more in within days. Foolishly I fitted the six only to then find out that the Italian factory where they are made has gone down the tubes. However, more handles that look exactly the same but are made of aluminium rather than brass are on the way. We’re still waiting.

Since I’m a bit ahead of Macmillan I decided damn it, I wanted to get all the odd bits and pieces done here. However, I think it’s an aphorism applies to me along the lines of ‘work expands to fill the time available’. Take, for example, the microwave. I was going to put it on some end shelves (yet to be built), but someone suggested I put it on a shelf above the oven, which would require a stainless steel cowl underneath so the shelf wouldn’t get all sticky and horrible. 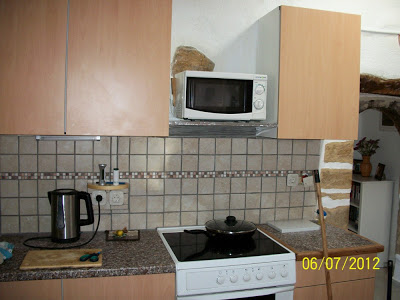 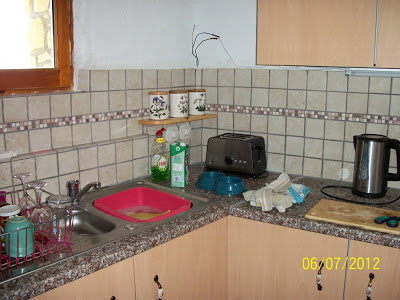 No problem, because there’s a guy who works with stainless steel in the next village along behind ours. I duly built the shelf, with the wood underneath to which the steel could be fitted – meanwhile being sidetracked into making some small wooden shelves to go over the plug sockets – then went to see said guy. He wasn’t there and the other guy I talked to had no idea when he would be. I foresaw numerous trips to that place and little joy. Meanwhile a knackered stainless steel washing machine appeared below our house. I contemplated this object for a while then asked who I thought it might belong to whether it was for the ‘scoopithi’ – the bin. He said it was and when I asked if I could have it said, ‘yes’. I took the thing to cut up the next day … Meanwhile our neighbour was buying some large terracotta planters and one of them was broken during delivery. I suggested I cut off the broken bit to make a smaller pot. He said I could take it if I wanted. The result of these was that the next day I spent cutting up a washing machine to obtain my stainless steel cowl, which I fitted, along with the socket for the microwave, and cutting up said pot (the broken bit forming a small border for our orange tree): 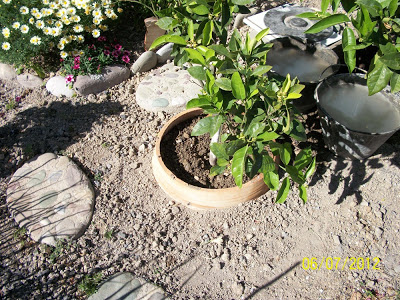 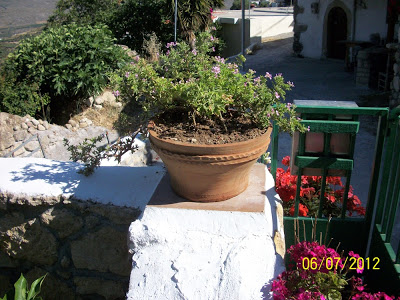 This expansion of work to fill the time available has resulted in me doing some other bits and pieces. The kitchen now looking better and better I decided to tidy up the arch next to it: 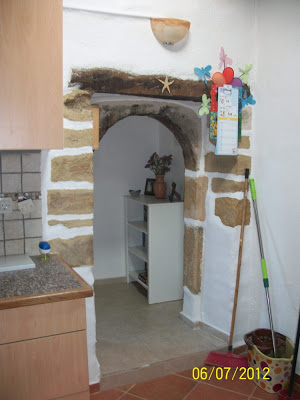 I then went on to do a bit of painting, starting with the mess left here when we had the roof windows and vents put in. I noted that the stone beside our bed was spattered with concrete from this work and cleaned it up, filling in the gaps and rough bits around the edges: 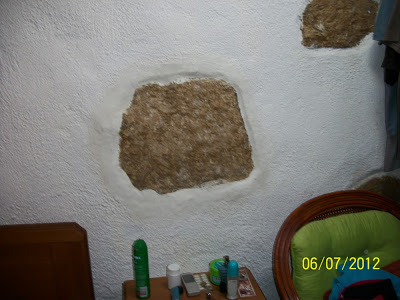 When Caroline repainted the old kitchen cupboards for the spare room and polished up the handles I decided to fill the gaps and crappy bits around the stones in there too: 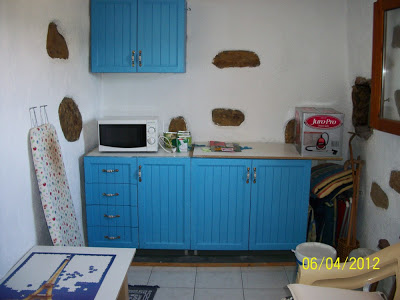 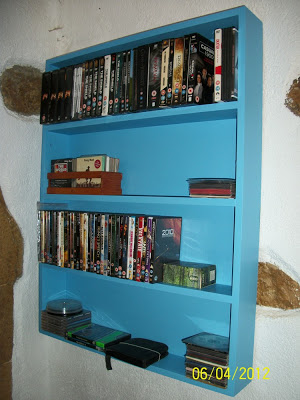 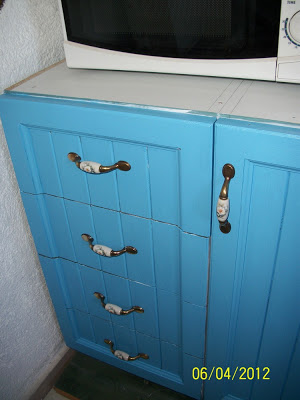 Composting has always been a problem here – we’ve used big buckets which filled up quickly and I’ve often had to bury their contents, so I built a much needed composter: 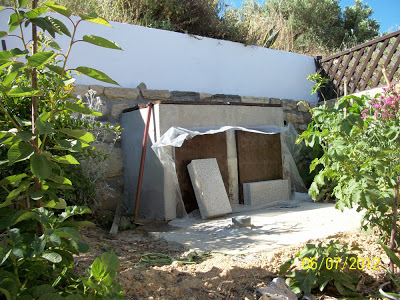 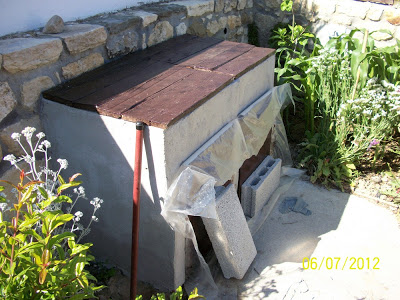 Having repainted the damp-damaged and peeling wall in the hall I’ve noted that the bookcase we had against it has been damaged too, so must do a bit of woodwork to correct that: 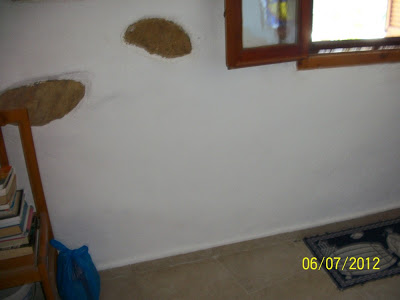 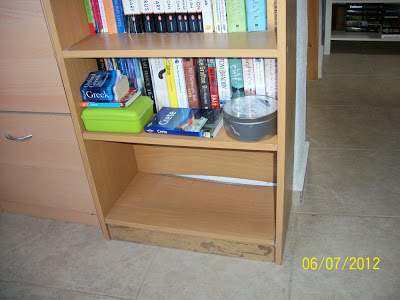 What else? Well, there are the rest of the stones throughout the house needing work; I must explore the idea of drilling into the front wall and injecting damp-proofing liquid; the shutters could really do with a coat of varnish; the stove needs its glass replaced, to be cleaned up and sprayed with heat-paint; I must build those end shelves for the kitchen; I need to get an electric extractor fan and fit it; the bamboo ceiling needs rubbing down and varnishing; I must fit a worktop in the spare room … oh, and I really need to get a book written this year.