Skip to content
So, I had two days off after an 8.5 mile there-and-back walk to a derelict village called Voila, pictures of which I shall scatter through this text. During these days I caught up with some jobs I felt I was getting behind on: making a couple of mosquito doors and a single screen to go in a door (only one of the doors was for me – the other two were for friends), putting some more plaster on the hall wall, varnishing this and that etc etc. 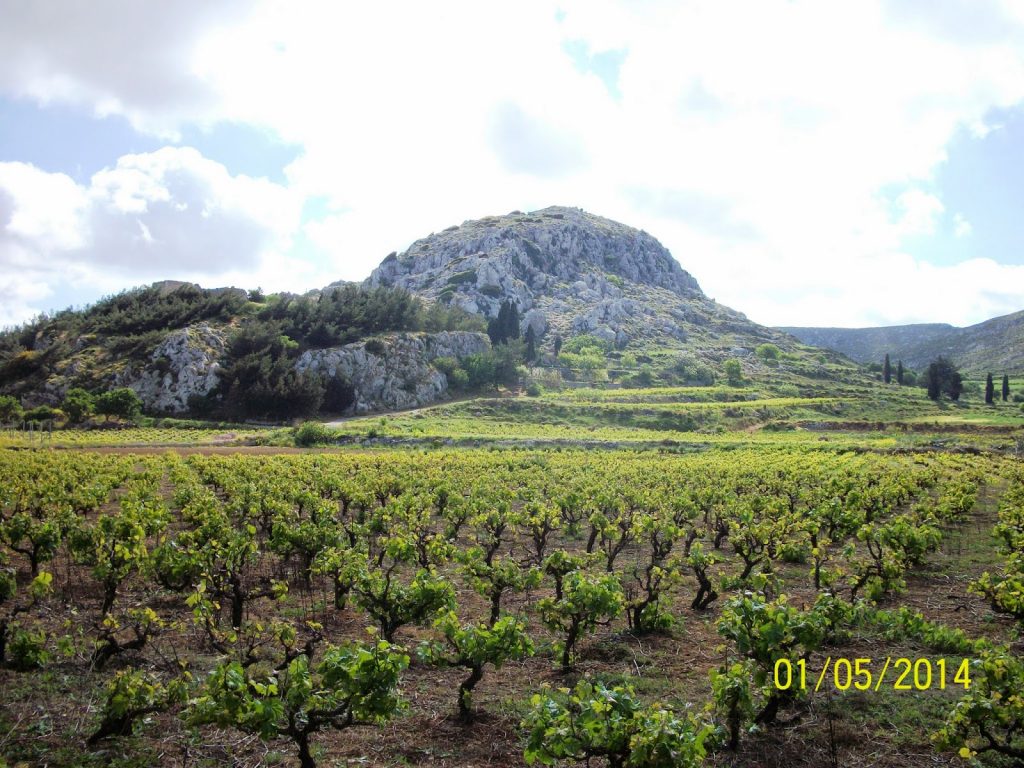 I feel that when I finally get to put a dead scorpion, which I have in a small cup on my desk, under my Lidl microscope, I’ll be on top of all I have to do around here… 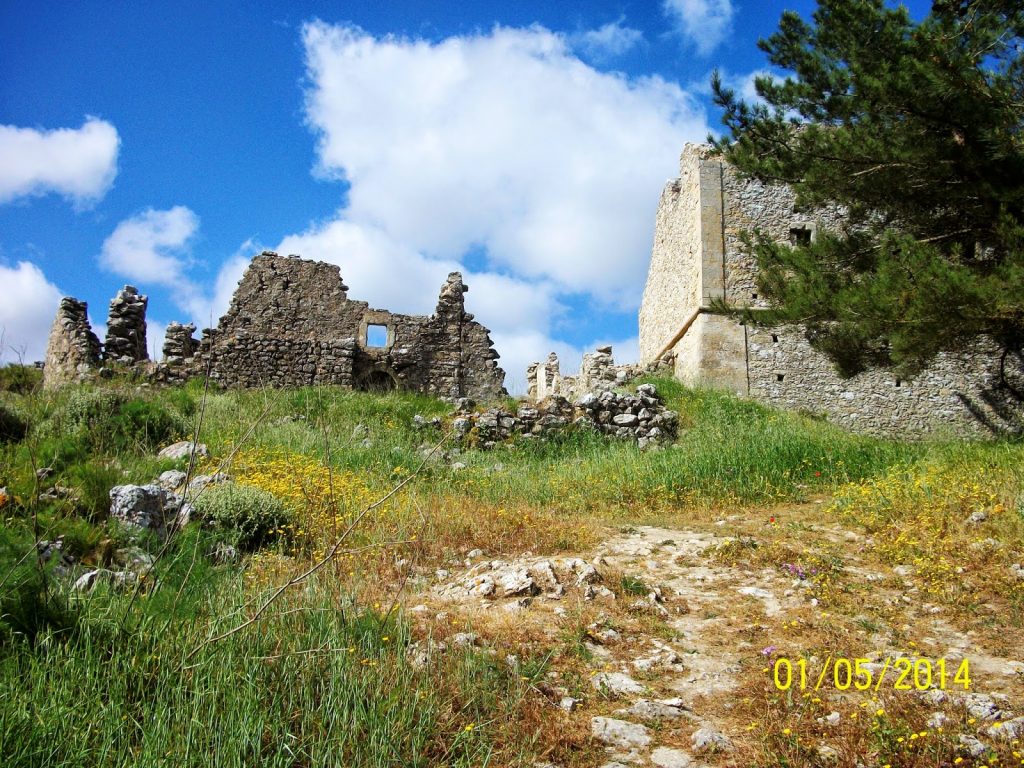 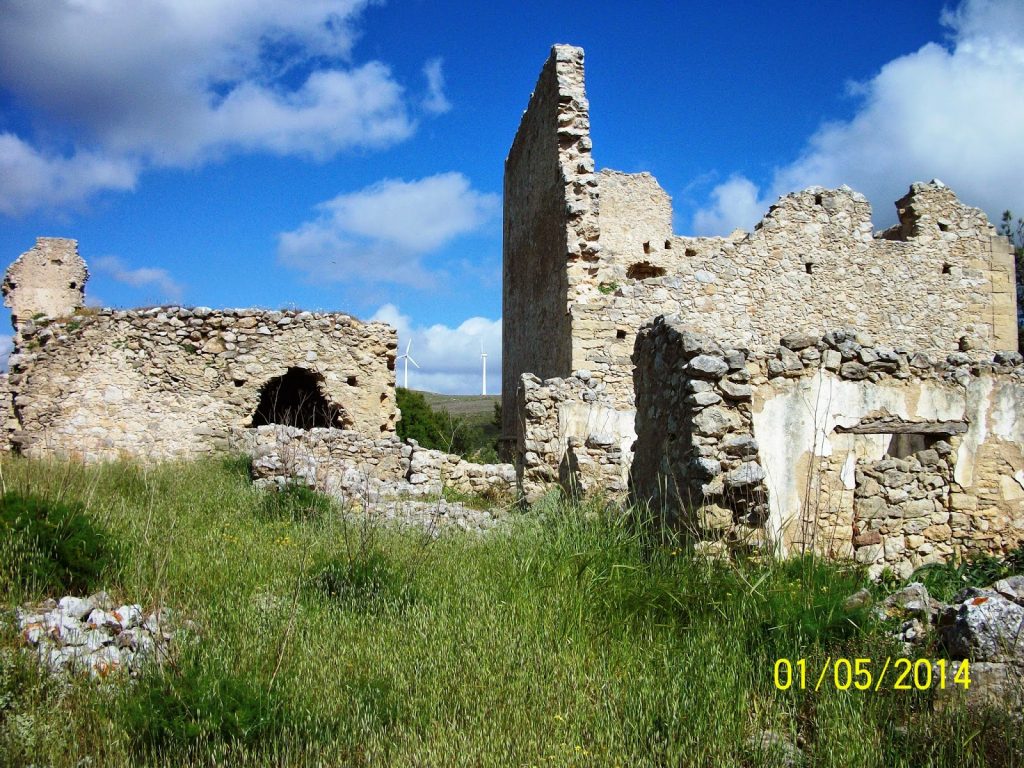 Anyway, I’m now below my target weight of 12.5 stone and edging below my top BMI. What the hell – I might as well go for below 12 stone and see how I feel about that. I would be interested to know what my blood pressure is at now so I’ll be looking out for when a cuff turns up next at Lidl. 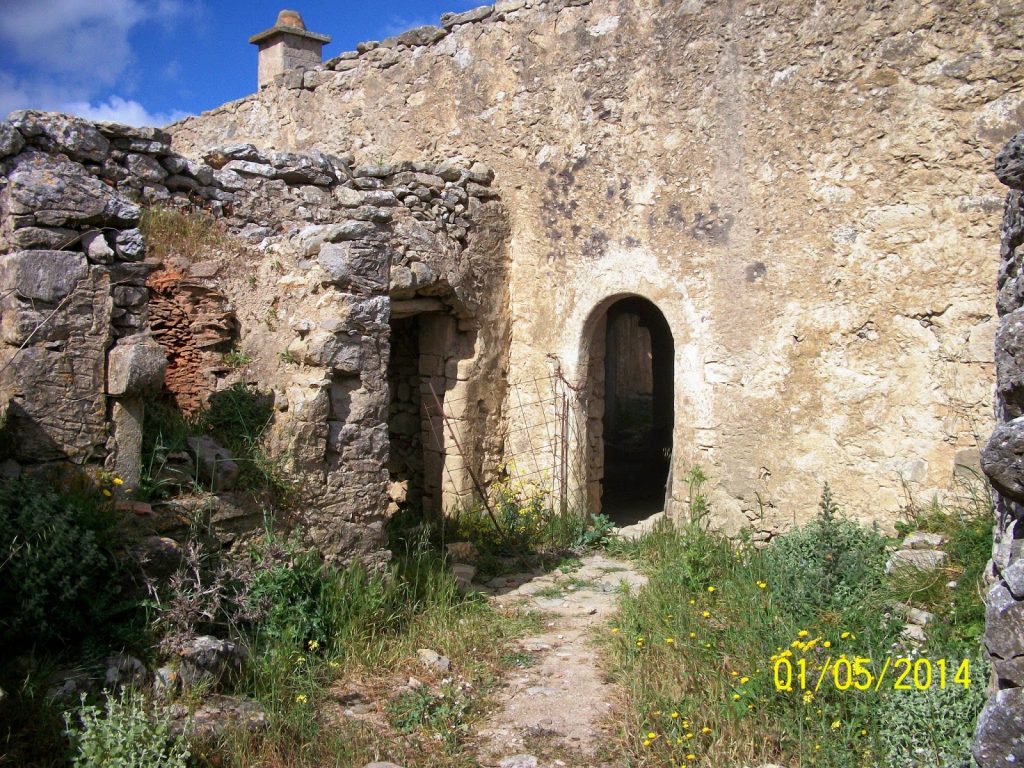 Another thing about this rest was that it also seemed to enable my mind to catch up with the constant input of Greek. After my last lesson Anna had given me a text to read and learn along with a list of verbs. I found I was able to concentrate a lot harder and what hadn’t been sticking the day before imbedded in my mind. After she tested me on the ensuing lesson she took out her red pen and gave me 20 out of 20 for each section. 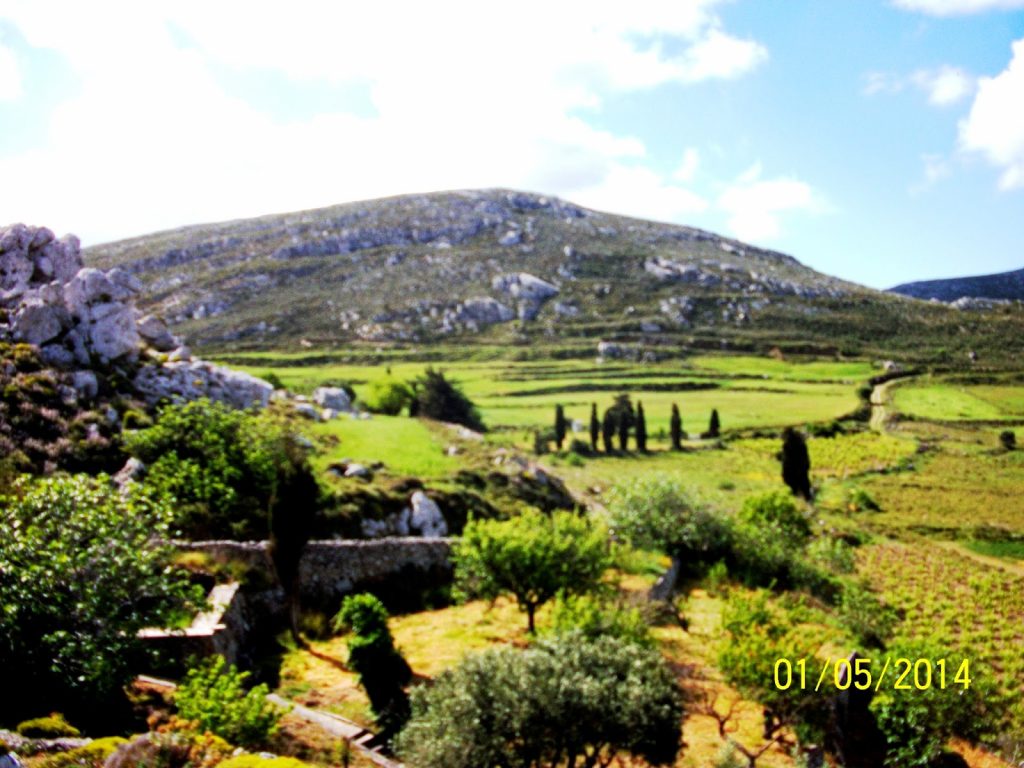 Though I am learning a lot of words and grammar, actually using the stuff in conversation is still difficult. My comprehension of spoken Greek and the speed with which I can formulate a reply are poor. Jean-Pierre, my Belgian neighbour who has been here half the time I have, can chatter away in Greek, yet he knows less words and less grammar. The simple fact is that he has spent his time with Greeks, talking, rather than, as Caroline and I did, heading for the beach where speaking Greek is just a game and all the barkeepers speak English. 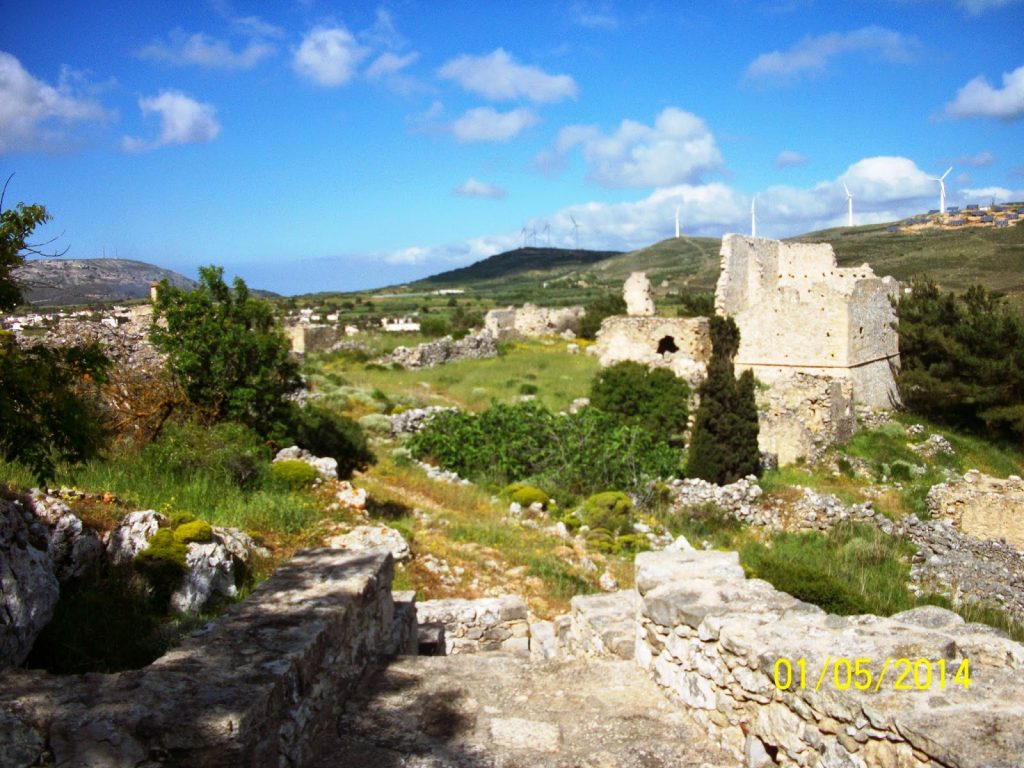 Okay, back to these photographs. I was directed to this Voila by an English couple (Hi Tim and Helen) who live in a village called Armeni, and who I drop in on for numerous cups of coffee on occasion when I am coming back from my Handras windmill walk. 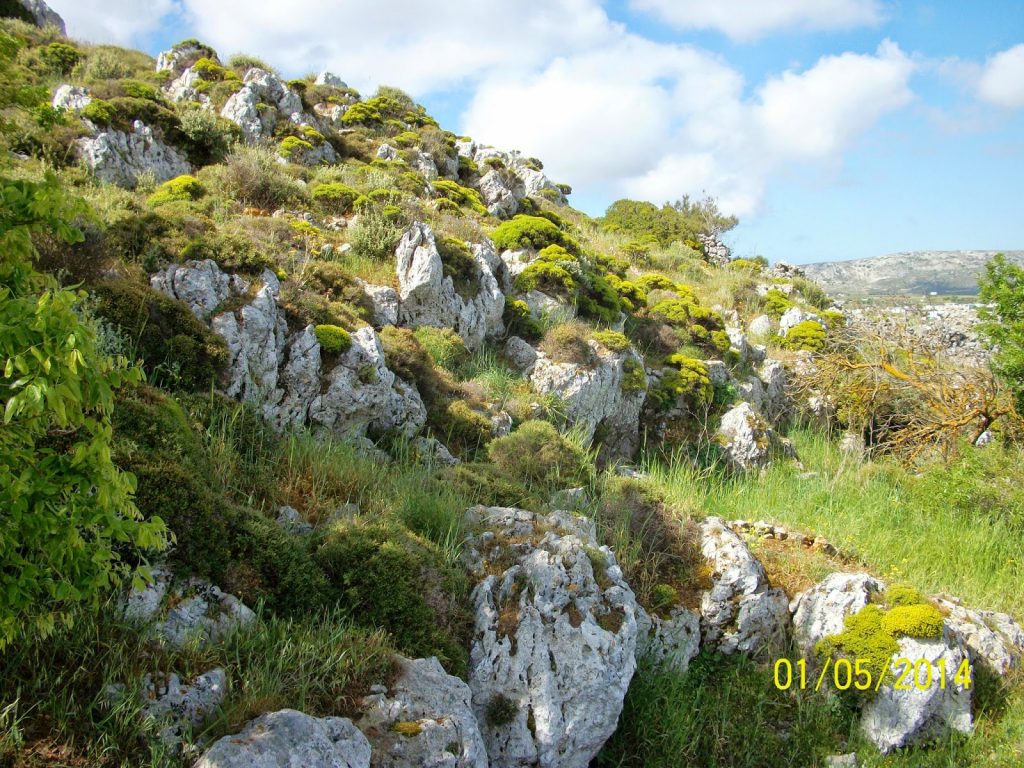 Voila is about three quarters of a mile beyond Handras. It is a pretty place (but then most places here are, especially when the sun comes out). I wandered about, took some photos, and as you can see took a look in a little church there. I’m guessing that some of the stuff in that church is very old and probably quite valuable. In England I don’t suppose they would be there for very long behind a door with a simple latch, and I’m guessing the collection plate would be empty. 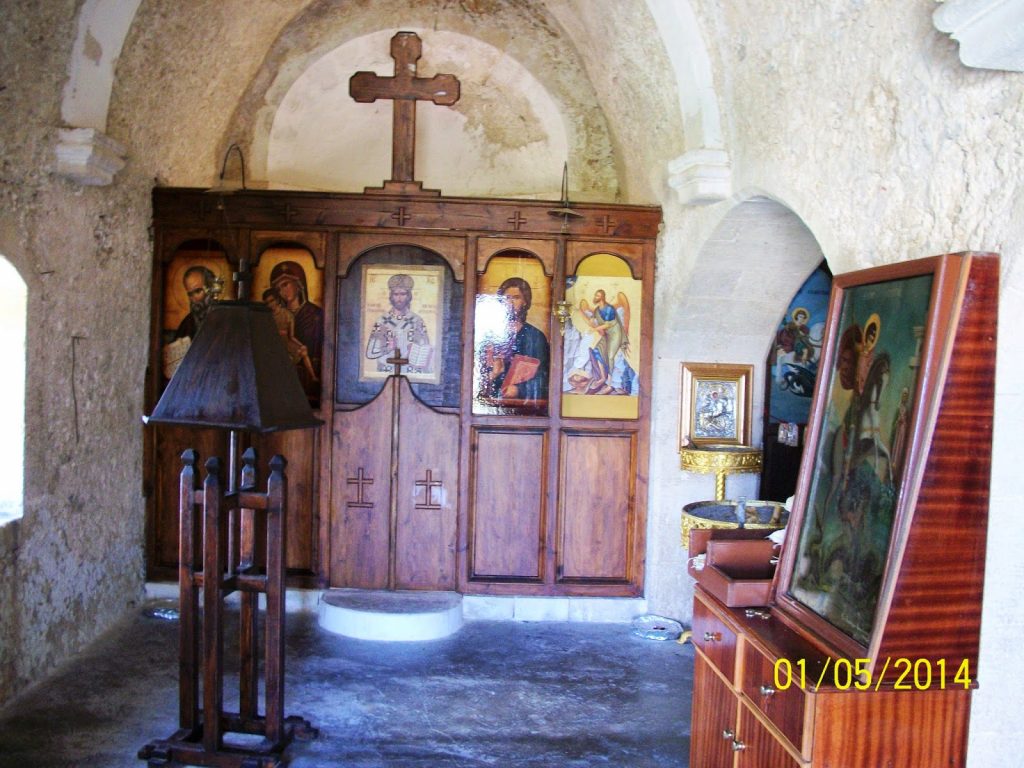 Here’s a shot of the tourist information board: 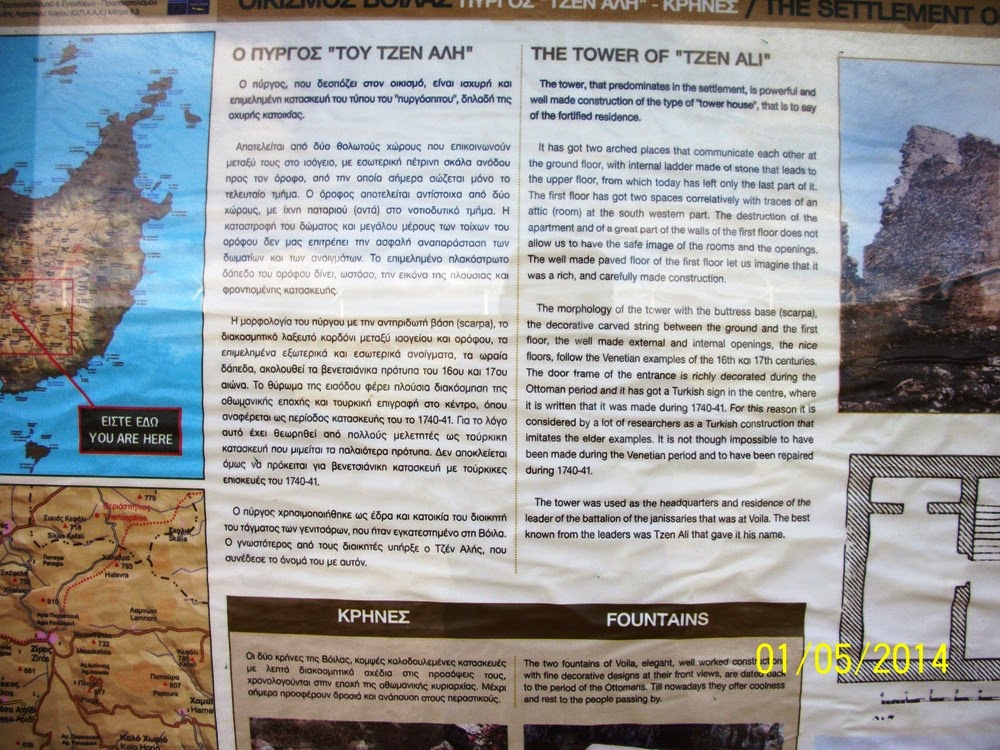