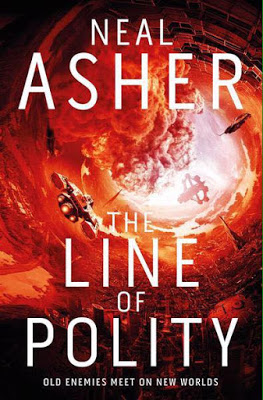 'Specialising in the creation of hilariously lethal ecosystems, he’s already displayed his literary teeth with the surreal menageries of GRIDLINKED and THE SKINNER- but Asher’s latest rip-roaring space epic makes his previous ventures look like relaxing trips to the local zoo' -- SFX (Saxon Bullock)

Outlink station Miranda has been destroyed by a nanomycelium and, because of this method of sabotage, the alien bioconstruct, Dragon – a creature as untrustworthy as it is gigantic – is thought to be involved. Sent on the titanic Polity dreadnought, the Occam Razor, Agent Cormac must investigate this, and resolve the question of Masada, a world about to be subsumed when the line of polity is drawn across it.

But the biophysicist Skellor has not been captured, and controls something so potent that Polity AIs are prepared to hunt him down forever, to prevent him using it.

On Masada the rebellion can never rise above ground as the slave population is subjugated by orbital laser arrays controlled by the Theocracy in their cylinder worlds, and by the fact that they cannot leave their compounds. For the wilderness of Masada is without breathable air, and out there roam the monstrous hooders, siluroynes, and the weird and terrible gabbleducks.

'This is smart, sophisticated writing that seems too much fun to be true. It's not true -- it's all a big, bold, glorious lie. Asher's Ian Cormac may prove to be the Paul Bunyan of the twenty-first century' -- Rick Kleffel'

Time will tell how Asher will be judged, but the world of the Polity explored so far in the three novels and many of the short stories is one as complex and as compelling as any created in the genre, and in the breadth of biological speculation almost unparalleled' -- Dusk Site (Lavie Tidhar)

'If anyone survives, it won’t be for lack of chances to die horribly' -- sfsite (Lisa DuMond) 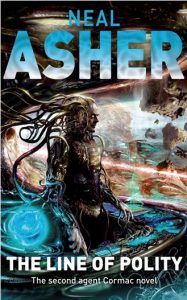 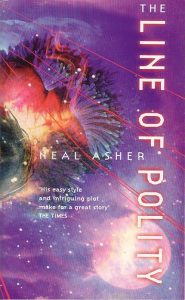