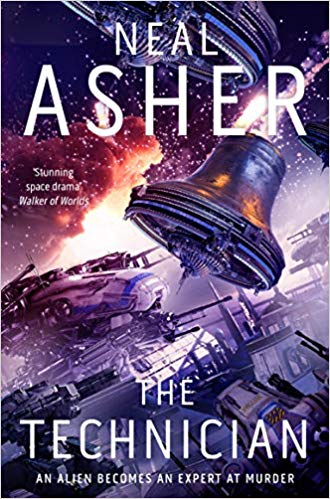 - a new Polity novel can be as enjoyable as ever and now I want more of this series too!! – Fantasy Book Critic

The Technician is no doubt one of the best new novels I have read this year. It got a fantastic inner journey with fast-paced alien-world action. – Cybermage

I know that when a tale from him arrives that I’m going to get a story that I absolutely love. – Falcata Times

The Technician was awesome. – Walker of Worlds

Jeremiah Tombs, erstwhile religious policeman and only living survivor of a hooder attack, has escaped his sanatorium. The scorpion drone Amistad lets him run, calculating that a series of confrontations with reality will finally heal his mind and permit access to the valuable information it migh contain, for it was the near mythical Technician that attacked him all those years ago, and it did something to his mind that even the AIs don’t understand.

The Theocracy has been dead for twenty years, and the Polity rules on Masada. But the Tidy Squad consists of rebels who cannot accept the new order. Their hate for surviving theocrats is undiminished, and the iconic Jeremiah Tombs is at the top of their hitlist

The amphidapt Chanter pursues the Technician in his mudmarine, trying to understand the grotesque sculptures of bones the creature makes with its victim’s remains, trying to understand its art. To solve the puzzle that is Tombs, he is recruited by Amistad, along with ex-rebel Commander Lief Grant, and the lethal black AI Penny Royal, whom everyone thought was dead. 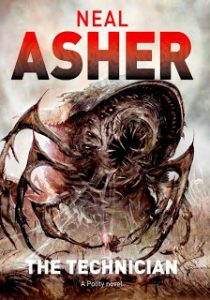